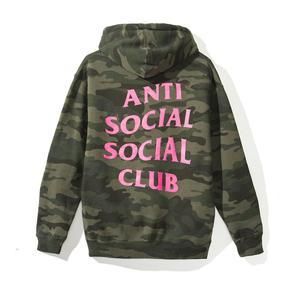 Reading my New York Post, I caught this little news item from the nearby metropolis: A 72-year-old guy just getting off a subway train in Midtown was knocked to the ground by an assailant unknown to him:

The suspect, described as a man in his 20s and about 5-foot-10 inches tall, was wearing a green jacket with the words “Anti Social” written on it.

The perp was of course black. As you have heard said several hundred times over the past thirty years, including a couple of times from me: “If it was a white guy they would have told us.”

In the art of rhetoric there are terms relating to omissionâsaying something by pointedly and deliberately not saying it.

I’m not sure precisely which term of rhetorical art applies here. I don’t think it’s apophasis: for that, you have to mention the fact that you won’t mention something. That’s a favorite of Donald Trumpâs:

Why would Kim Jong-un insult me by calling me “old,” when I would never call him “short and fat”?

Strategic Silenceâconveying information to the listener by omitting a key fact, as opposed to saying aloud that you’re not going to mention itâmust be some other rhetorical figure, not apophasis. I leave it to your own researches.

Here I’m just going to observe that our elite Media have taken it to a new level. They tell us things by being silent about them, knowing that we know the significance of their silence.

The Officer Sicknick case comes under this heading. I passed comment last week on the strange media silence about cause of death.

This was the Capitol Hill cop who, we were told in a January 10th New York times headline, was killed by a Trump supporterâsmacked on the head with a fire extinguisher, according to the story.

He Dreamed of Being a Police Officer, Then Was Killed by a Pro-Trump Mob, By Zolan Kanno-Youngs and Tracey Tully, January 8, 2021

Revolver.News just posted a fine report on the Sicknick case, concentrating on the complete lack of information we’ve been gettingâi.e. the silence.

Acting Attorney General Jeffrey Rosen says the DOJ will “spare no resources” in getting to the bottom of what happened to Sicknick. Yet well over a month after his death, precisely zero information has been disclosed by the DOJ, the FBI, the US Capitol Police, the DC medical examiner, the hospital that cared for him, or the treating physicians.

MAGA Blood Libel: Why Are They Hiding The Medical Report? , February 9, 2021

Now we hear that Officer Sicknick’s remains have been cremated. So, no more autopsy. May we have the medical examiner’s report, since it must now be final?

No, apparently, we may not. Why not?

Because it would contradict the story about Sicknick having been killed by Trump supporters,

Prosecutors now concede they have no evidence this happened, and no-one is under investigation. [Investigators struggle to build murder case in death of US Capitol Police officer Brian Sicknick, CNN, February 2, 2021]

But the Ruling Class like this story. It works for them.

Strategic Silence has also been deployed in the Ashli Babbitt case, the shooting of the unarmed young white woman by a black Capitol Hill cop. Early this week we were told that

The shooting of the Capitol rioter, Ashli Babbitt, remains under investigation by the DC Metropolitan Police, the US Attorney’s Office in Washington, DC, and civil rights prosecutors, a routine process for shootings involving the Capitol Police. A final decision hasn’t been made, the people familiar with the probe told CNN.

Justice Department officials could make a final decision in the coming days.

A spokesperson for DC’s Metropolitan Police Department said in an email to CNN that “it is irresponsible to make an investigatory assumption or to jump to any conclusion without completing the thorough investigation.”

Cop shoots lady at close range, all on video. How long does a “thorough investigation” take?

Just long enough until everyone’s forgotten about it, I guess.

The lesson here: The media arm of our Ruling Class golem are Masters Of Silenceâof informative silence.

What sticks in my throat here is their arrogance. The message to us here in every case is:

We’re not going to give out any information. We’re going to stay silent until it’s Old News and faded into the cosmic microwave background.

Yes, this is informative all by itself: The fact of our silence tells you what the truth is.

You can figure it out. But we don’t care.

That arrogance was plain as eggs in the February 4th Time magazine piece on the 2020 election by Ruling Class mouthpiece Molly Ball: The Secret History of the Shadow Campaign That Saved the 2020 Election.

The whole piece was dressed up like that, as being about a campaign by civic-minded citizens to “save” the election from Trumpist shenanigans.

Shenanigans? Ctrl-F “Hunter Biden.” No hits. So I guess the pre-election media blackout on Hunter’s business dealings with Ukraine and China were not part of this public-spirited campaign.

Does the Ruling Class really mean “save the election from a Trump victory”?

Yes, of course they do. And you know that, and they know that you know; but they don’t care.

You’re not important. Heck, you didn’t even go to Harvard!

You certainly weren’t one of those nine “Civil Rights Leaders” that FaceBook oligarch Mark Zuckerberg invited to dinner at his home a year before the election. (Zuck later ponied up \$300 million to assist in the election, according to Ball).

I’m sure that \$300 million was spent with scrupulous impartiality, not one cent to anyone tainted with any trace of political bias. Not a cent!

What, you’re laughing? Laugh away.