The 2012 general election will, we are told by numerous pundits, be exceptionally “bitter” and “divisive.” I guess what they mean is that our Great National Neurosis (GNN) â you know the one I’m talking about â will be on full display.

With a deeply unsuccessful and increasingly unpopular black president defending his incumbency, it’s an easy guess. If you thought the political Left were free with accusations of racism before, wait till you see what they have in store the next few months. Bitter? Oh yeah.

The GNN doesn’t always play out in predictable ways, though. Example: A lot of my acquaintances around New York City are talking about a “David Dinkins presidency.” Dinkins was our first black mayor, 1990-93. To date he was also the last. Indeed, this very “blue” city has not merely not elected another black guy since Dinkins stepped down, they haven’t elected another Democrat.

The Obama presidency will be like that, people are predicting. Whites will say: “OK, we did that, elected the black guy, got it out of the way. Now let’s go back to real politics.” They are even seeking out parallels: “Hey look â Obama’s ticked off the Jews. Just like Dinkins!” (Dinkins’ feeble response to the Crown Heights black-on-Jew pogrom in 1991 lost him a lot of Jewish votes.)

Following the parallel, the U.S. electorate, having demonstrated their anti-racist credentials by electing Obama in ’08, will dump him in ’12, then elect white Republicans for a couple of decades. So go the prognostications.

The scenario is not altogether implausible. The eagerness to elect Obama in ’08 was to some degree independent of party, and even of the awfulness of the Republican president and his would-be successor. Much of it was due to the yearning to do something people were told would be “historic.” It would of course only be “historic” the first time we did it. From then on, it would be politics as usual.

Such neatly repeating patterns are rare in politics, though. Obama is not out for the count yet. A great many things can happen in thirteen months. And then there’s Herman Cain.

The first time Herman Cain really registered with me was back in June, when he dropped in at National Review to give us some face time. I’d like to give you a detailed account of the visit, but I’ve lost my notes, and I think it was supposed to be off-record anyway.

I do recall being impressed and charmed by the man. Impressed: Cain gave off that aura of capable busy-ness that foreigners â I mean, people like myself, born and raised elsewhere â think of as “very American.” Charmed: Cain was relaxed, easy-going, quick-witted and funny. He is clearly comfortable in his own skin. Seen up close, that skin is very black â much blacker than Barack Obama’s. I’d guess Cain’s ancestry as no more than one thirty-second nonblack, perhaps entirely West African. Whatever it is, the man is not bothered about it one way or the other.

Set against Barack Obama’s agonized narcissism about his semi-blackness, Cain’s racial insouciance is very refreshing. It even left me slightly disturbed. The old folk wisdom about race is that full-bloods are easy with themselves, while it’s the half-castes who endure psychic torment and dysfunction. Barack Obama seems to ratify this: writing that weird, needy paean to his neglectful black father while his much more attentive and loving white mother was dying of cancer. As the father of two racial half-breeds myself, naturally I fret about this stuff. It’s not an issue with Cain.

I do remember breaking the ice with Cain by remarking that we were both born in the same year (he is 193 days younger than me) and both took our first degree in mathematics. I asked him about the ballistics work he’d done for the Navy. Lotta differential equations? Oh yeah. ODEs or PDEs? Mostly O’s â which is the right answer in ballistics. I recall thinking: Smart cookie. I doubt mathematical ability is of much direct relevance to the tasks of a president, but a guy who can do advanced math is a guy who can pursue chains of deductive reasoning for minutes at a time â rare in human beings.

Then we got on to politics, where I recall Cain’s answers as thoughtful but not striking. He’s worked on the striking-ness since then, pushing his “9-9-9” plan: a nine percent corporate income tax, a nine percent personal income tax, and a nine percent sales tax, all to replace the current umpteen-thousand-page tax code. It sounds gimmicky, and the power of Congress to corrupt and complicate the tax code cannot be underestimated; but still, it’s not a bad formula, and it’s the kind of thing that sticks in people’s minds.

The great talents of the black race are in presentation, mimicry, and verbal skill. They excel as salesmen, persuaders, seducers, actors, preachers. The downside of all that is the empty-suit phenomenon â the black artist who bowls you over into accepting him, then delivers â¦ nothing. Any race can produce an empty suit, but this is a zone where blacks dominate. As we have learned.

It’s hard to stick Cain with that charge, though. His business accomplishments are real. He took charge of a fast-food chain and made it profitable. Then he did it all over again. He’s worked at banking, lobbying, and punditry, too — all with fair success. Not an empty suit, not at all. The real charge against Cain is his political innocence. A colleague of mine:

It isn’t that Cain lacks the stature to be president, but he lacks the kind of experience the office requires â¦ A successful president must know how to build coalitions, apply pressure to friends and foes alike, deal with a hostile press, appoint officials who won’t embarrass the administration, handle ego and turf battles among his advisers and cabinet members, and know when to spend and when to husband political capital. And all of that is before he begins to deal with other nations.

Well, yes. A President Cain, installed in the White House, could find himself buffaloed by the Washington establishment â the bureaucrats, lobbyists, congresscritters, government careerists. How would he know whether some general, some staffer, some GS-15, some Treasury number-cruncher, some wonk from the State Department China Desk, was telling him the truth? George W. Bush at least had his Dad. But then, who does Barack Obama have?

Herman Cain has been winning straw polls. Straw polls â yeah, yeah. Sarah Palin has called him “flavor of the week.” Uh-huh. The man himself has been heard grumbling that “nobody in the national press seems to be taking him seriously.”

Hey, Herm: I take you seriously. Any friend of ODEs is a friend of mine. Go, Herman, go! Just do a little work on that immigration C-minus, please.

(Republished from Takimag by permission of author or representative)
← The Dignity of SlothAlexandria, Durrell & the "Quartet" →
Follow @DissidentRight

By Any Other Name
The Hostile Media & Anti-White Violence
Richard Houck
• 168 Comments • Reply
← The Dignity of SlothAlexandria, Durrell & the "Quartet" →
Current Commenter
says:
Current Date at Time Now
Leave a Reply - Comments on articles more than two weeks old will be judged much more strictly on quality and tone
Cancel Reply 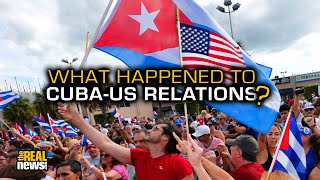