If I were advising the Trump campaign, I’d tell them to lean hard on the law-and-order issue. Increasingly, it seems to me, on several different fronts, we are a lawless society. 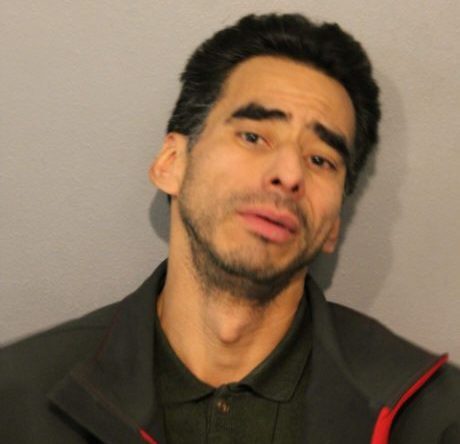 Exhibit B: Sanctuary Cities releasing illegal aliens so they can’t be deported.

Exhibit C: California’s de-criminalizing of theft up to a value of \$950.

This has generated a rash of flagrant store robberies, gangs of robbers calmly walking into stores, loading up plastic garbage bags with merchandise, then strolling out:

In Eureka, California, a man smashed the windows, stole property, and seems to have attempted arson against a local Republican Party headquarters. He was arrested and spent the night in jail, but then released. [Suspect back out on the street after arrest for attempted arson at Eureka GOP office, by Nazy Javid, KRCR, February 10, 2020]

This was the sixth time in two years the office had been vandalized. The attacks are plainly political: anti-Trump slogans were left in some of the attacks, and the local office of the Democratic Party has never been touched.

Notwithstanding that, the local police department has dismissed the attacks as “random vandalism.” [A Two-Year Terror Campaign Against One Small GOP Office, by Daniel Greenfield, Sultan Knish Blog, February 25, 2020]

In Brooklyn, New York the other day a gang of a dozen or more high-schoolers attacked a lone 15-year-old girl in the street, leaving her badly hurtâbadly enough to need hospitalizing. The whole thing was caught on security cameras.

OUTRAGE:this is sickening video of a 15 year old girl viciously attacked by a group of school children. One young man takes the sneakers right off the unconscious victimâs feet. The teenager is in the hospital recovering. We CAN NOT allow this behavior in our community. #Speakup pic.twitter.com/VLLb91fDOM

When the girl had been kicked unconscious, one of the assailants stole the sneakers from her feet.

One thing you see from all these Exhibits: law enforcement and the judicial system are now all thoroughly taken over by CultMarx who-whom ideology. Their responses are shaped by who is doing the law-breaking, and to whom they are doing it.

The high-schoolers in that last example were all black, of course. Tiffany Harris and Charles Barry in my bail-reform exhibit, are also black. So are the store robbers in California. The beneficiaries of Sanctuary City policies are of course illegal aliens. The guy who vandalized the GOP office in Eureka is plainly an Antifa nutcase.

Those are all protected, favored groups, who must be dealt with leniently. The laws don’t apply to them; at least, nothing like as severely as they apply to the white Oppressor Class.

How does our Ruling Class respond when a member of the favored groups commits violence against the oppressors? With silence, of course.

Or, if the atrocity is too serious for silence, they twist it around to make it the victims’ fault. The most recent instance of this: the February 26th massacre at Coors brewery in Milwaukee. Anthony Ferrill, a disgruntled black employee, murdered five co-workers, all white. A long news story March 4th at the Washington Post carefully explained that Mr. Ferrill was driven to his act by incessant anti-black racism at the plant, includingâcan you guess?âyes, nooses.[Noose found on gunmanâs locker at Milwaukee Coors facility years before deadly shooting, by Annie Gowen and Katie Zezima, March 4, 2020]

Nooses! So those five victims had it coming.

We are fish, and this is the water we swim in. Equality under the law is a fading memory. Mere application of the law against members of favored groupsâblacks, illegal aliens, Antifa activistsâis frowned on.

Millions of Americans must be just as fed up with this as I am. There has to be a political opportunity in addressing the issue.