Having just spent a week in Arctopolis, the topic came back to mind. Scarcely had it done so than it collided with this news story, which is about American kids of Asian or part-Asian ancestry trying to game the college admissions system by checking the box for white on application forms.

This is only an intelligent strategy if your surname is not a giveaway. Of mixed Asian-white marriages in the U.S.A., however, three quarters feature a white husband, so the surname problem, at any rate for mixed-race kids, is a problem only for the other one quarter. (For adoptees, it is hardly ever a problem.)

The reason that kids with Asian ancestry want to game the college-admissions system is of course that college admissions officers discriminate strongly against them when not forbidden by law from doing so. As The Center for Equal Opportunity has noted:

In 2005 â¦ the combined median SAT scores for blacks [admitted to the University of Michigan] were 190 points lower (on a scale of 1600) than whites and 240 points lower than Asians. Similarly, blacks trailed whites in high school grade point averages by .5 and Asians by .4 (out of a potential 4.0). Over all the years analyzed, 8,000 whites, Asians and Hispanics were rejected who had higher grades and test scores than the median black admittee, including nearly 2,700 such students in 2005 alone.

Where colleges are forbidden by law to discriminate against Asian-ancestry applicants, those applicants are accepted in very disproportionate numbers. This has been the case in California since the passing of Proposition 209 back in 1996 (though not without protest). That law banned consideration of race in admissions to state colleges. The premier such college, U. Cal. at Berkeley, now has a student body 40 percent Asian. (Persons of “Asian alone” ancestry are 12.5 percent of California’s population. The entire mixed-race population of the state is 2.6 percent.)

Given that East Asians modestly outscore Europeans on mean IQ (figure 2 here), and furthermore â and perhaps causally â have an “exam culture, transported to the U.S.A. as the Tiger Mom and crammer phenomena, this is all to be expected. What I am asking myself is, how much of a problem is this for the Arctic Alliance project? And for the U.S.A.?

On the first, not much of one, I’d say. My suggestion was for an alliance, not a political union. Political unions of peoples of different cultures â never mind different races! â are simply terrible ideas: Search Google News under “Euro.” I believe the Arctic Alliance project can be saved, and shall go ahead with my draft proposal to the relevant governments.

Whether the United States can be saved is another matter. In a mobile world, there will of course be many people from different races living in each other’s countries. That does not make a case for mass immigration, though. As the late great Enoch Powell was wont to remind us, numbers are of the essence, and a thousand is not equal to a million. (Trust me on that last: I have written math books.)

Rodney King famously asked: “Can we all get along?” Where big minorities of Tropicals are settled among Arctics, the answer is plainly “No.” Incarceration rates, patterns of residential and educational segregation, and a score of other social indicators tell the tale very clearly. We dutifully mouth platitudes about equality and racial tolerance (often protesting too obviously much) but our deeds betray our lying tongues.

With fellow Arctics, though, there may be some hope. The U.S.A. has, after all, been here before. From 1880 to 1920 we permitted settlement of several million Ashkenazi Jews, whose population mean IQ advantage over white gentiles is two or three times that of East Asians.

This caused considerable stresses and strains in Academia. In my book Unknown Quantity I noted the case of G.D. Birkhoff, Professor of Mathematics at Harvard, 1919-44, described by Albert Einstein as “one of the world’s great anti-Semites” for his efforts to give preference in teaching appointments to Depression-era Americans over European-Jewish immigrants. (Reuben Hersh has an informative, though anti-Birkhoff, essay on the general topic of Jews in American math in The Best Writing on Mathematics 2011.)

As a matter of fact, on my aforementioned visit to Arctopolis I was in company with five other invited lecturers from the U.S.A.: David Remnick of the New Yorker, Richard Stallman of the Free Software Project, science writer Jonah Lehrer, and physicists Brian Greene and David Gross. I was the only gentile in the group. What are the odds? On the assumption that ability is randomly distributed race-wise, and taking Jews to be four percent of the U.S. population, I make it 0.000000589824, or about one in 1.7 million.

Yet in fact I am accustomed to being the Shabbat goy at events like that. Five to one is quite normal. Everyone, including me, takes it for granted. The complete intellectual dominance of Jews in U.S. society has not caused riots in the streets, only some low-level grumbling. Will East Asians get the same pass?

Possibly not. The intellectual superiority of the Ashkenazim extends into the persuasive arts: writing, acting, lawyering. East Asian superiority, as well as being lesser overall, is more narrowly focused on spatial-manipulation and deductive abilities â math and the hard sciences. It does not seem likely that they will be able to “control the discourse” to the extent the Ashkenazim have. Further, the Ashkenazim have centuries of experience of living among unfriendly host populations, and have developed keen skills to manage the situation. East Asians, by contrast, have always been dominant in their own areas. Even the overseas Chinese, as market-dominant minorities in southeast Asia, have been protected to some degree by the nearby presence of an ancestral superpower.

So will this domestic version of the Arctic Alliance work? I suppose we shall find out. It’s hard not to wish, though, that we had spared ourselves the trouble of having to.

(Republished from Takimag by permission of author or representative)
← Down, But Still RussianBe Nice! →
Follow @DissidentRight U.S. Supreme Over Asia in Mathematics!
And Other Dismal Reflections
Fred Reed
• 423 Comments • Reply
← Down, But Still RussianBe Nice! →
Current Commenter
says:
Current Date at Time Now
Leave a Reply - Comments on articles more than two weeks old will be judged much more strictly on quality and tone
Cancel Reply 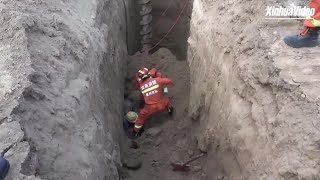