This weekâs big story on the CultMarx front was the firing of Google employee James Damore. The firing offense was, he had written a document titled Googleâs Ideological Echo Chamber and circulated it on Googleâs internal network. The document was leaked to journalists, the nationâs CultMarxists threw a collective fit of hysteria, and Damore got the push.

The topic of the document was the representation of sexes in Googleâs workforce. Damore came at the topic from an attitude of biological realism, buttressed with references to human-sciences literature. Some random samples:

You can read the whole thing at its very own website, diversitymemo.com. Note the supporting hyperlinksâsuppressed by Gizmodo when it published the memo, which it shamelessly then criticized for âlacking empirical support.â

The document closes with a list of constructive suggestions, among them, âDe-moralize diversity â¦ Stop alienating conservatives â¦ Have an open and honest discussion about the costs and benefits of our diversity programs â¦ Be open about the science of human nature â¦â

The document is all written in an earnest, reasonable tone. It actually came across to me as a bit cucky. Damore for example uses the CultMarx jargon term âgenderâ to mean âsex.â There are flashes of virtue-signalling: âI strongly believe in gender and racial diversity, and I think we should strive for more.â None of that helped Damore at all. To the CultMarx mob, his document was Hate Speech and he is a loathsome bigotâLiterally Hitler. The CultMarx websites and newspapers went into a full Two Minutes Hate. [Googleâs sexist memo has provided the alt-right with a new martyr, by Owen Jones, Guardian, August 8, 2017, and Stop Equating âScienceâ With Truth | Evolutionary psychology is just the most obvious example of scienceâs flaws, by Chanda Prescod-Weinstein, Slate, August 8, 2017]

Those elements of cuckiness notwithstanding, I totally support James Damore. Heâs a fellow spirit: an open-minded, curious empiricist who believes in an external world and thinks that by careful inquiry we can understand it. As he told us in his interview with Stefan Molyneux, âI really like understanding things.â

The ironies have been much noted. A guy writes a memo saying that women on average are more emotional than men; women respond by shrieking and fainting â¦ and so on. Steve Sailerâs been covering the story very diligently.

The only thing Iâd add, because I donât think itâs gotten enough attention, is a grudging, qualified, very slightly sympathetic word on behalf of Google.

The context here is employment discrimination laws, especially federal ones. They are really driving this whole story; and of course the Trial Lawyersâ Association is driving them.

Iâve worked in big modern corporations and seen their Human Resources departments close up. They are under constant peril of discrimination lawsuits, which are bad for the companyâs image and often very expensive.

As a Freedom of Association absolutist, Iâd like to see all anti-discrimination laws repealed. They are nothing but a cash cow for the trial lawyers. Their effect on our economy, and on our social harmony, is entirely negative.

Joy Pullman has a very good article arguing this case over at The Federalist this week. Money quote:

Outcome equality is simply incompatible with procedural equality. If we apply the same rules equally to all people, we will get some disparate group outcomes, because people are different. We must therefore choose whether we want equality before the law or unequal preferences in an attempt to engineer outcome equality. Google, and liberals at large, attempt to have both, but the two are fundamentally incompatible, as Google is painfully discovering. Itâs Time To End All Discrimination Policies And Restore Equal Protection, August 10, 2017

It follows from that, by the way, that while I embrace James Damore as a kindred spirit, Iâm sorry to see that he is getting lawyered up over his dismissal.

Again: Freedom of Association absolutism is the rule at Radio Derb. Any employer should be able to fire anyone at any time for any reason, or for no reason at all. Being fired from a job should, in my opinion, be no more litigable than being dumped by a girlfriend â¦ although I wouldnât be surprised to learn that the trial-lawyer parasites are working on that one, too.

Sex equality: back to the Paleolithic

Before leaving the case of James Damore and Google, I canât resist the opportunity for a little self-advertisement.

In Damoreâs original memo, the one that started all the fuss and led to his firing, he included this little nugget of evolutionary psychology, quote:

Note that contrary to what a social constructionist would argue,research suggests that âgreater nation-level gender equality leads to psychological dissimilarity in menâs and womenâs personality traits.â Because as âsociety becomes more prosperous and more egalitarian, innate dispositional differences between men and women have more space to develop and the gap that exists between men and women in their personality becomes wider.â

My self-advertisement is a long quote from the sex chapter, Chapter Five, of my galaxy-sundering 2009 bestseller We Are Doomed:

Some human-science researchers are mulling over a theory that goes roughly as follows.

John Tierney, science editor of the New York Times, covered this theory in September 2008. He quoted David Schmitt of Bradley University: âHumanityâs jaunt into monotheism, agriculturally based economies and the monopolization of power and resources by a few men was âunnaturalâ in many ways,â Dr. Schmitt says, alluding to evidence that hunter-gatherers were relatively egalitarian. âIn some ways modern progressive cultures are returning us psychologically to our hunter-gatherer roots,â he argues. âThat means high sociopolitical gender equality over all, but with men and women expressing predisposed interests in different domains. Removing the stresses of traditional agricultural societies could allow menâs, and to a lesser extent womenâs, more ânaturalâ personality traits to emerge.â

Iâd be amused, and flattered, to think that James Damore picked up that nugget from reading my book.

If that is indeed the case, James, mail your copy of We Are Doomed to me c/o VDARE.com, and Iâll inscribe it with an uplifting message for you.

Finally, a bit of personal reminiscence, and kind of geeky, for which I apologize to non-geeks.

In the Fall of 1969, after two years of school teaching, I realized I would never be any good at that line of work, and got myself a job as a computer programmer. My employer was Britainâs National Data Processing Service, the IT arm of the British Post Office, which for reasons it would take much too long to explain also controlled the countryâs telephone system.

At that point, twenty years into the Computer Age, the bureaucrats had still not come up with job titles for programmers. My actual job title as a programmerâI swear I am not making this upâwas Assistant Postal Controller, Grade II.

So if you have any trouble getting your mail delivered, drop me a line; I may be able to help.

Anyway, there I was 48 years ago in my first coding shop. A lot of my colleaguesâI think it was at least halfâwere females. They had a reputation as being good programmers. Please note that this was long before Political Correctness or the âDiversityâ rackets came up, before discrimination lawsuits. I donât think Britain even had a Trial Lawyers Association in 1969.

The environment was one where, if you were good at your job, people respected you for it, regardless of sex; and if you were not good, people let you know, and unless you were ornery and looking for a fight, you sought other employment â¦ as indeed I had.

Imagine that! Such a simple world!

I actually spent a lot of time pondering why these ladies were so good at coding. I came to some rough conclusions at last.

This was Assembler Language coding, which is very, very fiddly. To divide two numbers and get quotient and remainder, you had to write half a dozen instructions. You had to keep track of which registers you were using in the CPU, which addressing system this particular stretch of code was using, and so on. It was fiddly. âCoding down to the metal,â we used to call it.

Now, my mother was very keen on needlework. From childhood, I watched her stitching away at crochet and tapestry work. She claimed she could make lace, too, but âItâs too fiddly. All those bobbins!â

There was my clue. The coding these women were doing, Assembler Language coding, was like needlework. It needed endless precision, infinite patience.

One of the differences between men and women is that men are more easily bored. These lassies could peck and stitch at their code all day long, and stay after work to finish it. Me, by five p.m. I wanted to run out and break some glass somewhere.

But no, Iâm not going to tell you that women are better at coding than men. Assembler Language coding was already, even then, giving way to high-level languages like FORTRAN and COBOL. Linear styles of program construction were yielding to modular programming, which then morphed into object-oriented programmingâmuch more fluid and less fiddly than Assembler Language needlework.

There is still a feminine side to systems engineering. There are way, way more users now than there were in 1969, so more need for people skills in figuring out what the users want and the best way to give it to them.

Down in the code mills, though, itâs likely guys who are generating the neat ideas and pushing the projects forward. 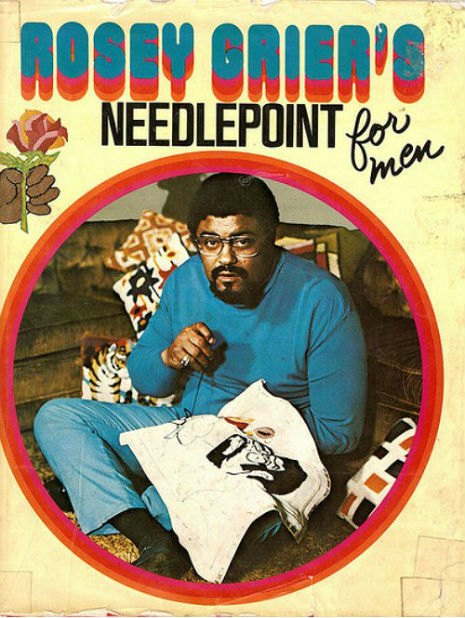 No, of course, itâs not a straitjacket, and shouldnât be. Back in the sixties here was a football player, a big beefy NFL starâI had forgotten his name, but Google (of course) supplied itâwho boasted that when he wasnât crashing into other big beefy players on the gridiron, he liked to relax with needlepoint.

Regardless, if I wanted some needlework done, NFL headquarters wouldnât be my first call.

The variety of human types is infinite and fascinating. When a lot of us are thrown together, thoughâas in a company workforceâstatistics take over. There are group differencesâby race, by sexâand as the numbers mount up, they will show.

If you donât have a good basic grasp of statistics, your opinions on things like this Google fuss will be ill-founded. Absolutely no offense intended to anyone.

← Now It Can be ToldâBad People Making Troubleâ →
Current Commenter
says:
Current Date at Time Now
Leave a Reply - Comments on articles more than two weeks old will be judged much more strictly on quality and tone
Cancel Reply
Commenting Disabled While in Translation Mode