My impression is that the U.S.A. is a much more hysterical country than it used to be. You can, in your imagination, conjure up the way particular human types will react to some public event. How would a thoughtful, law-abiding, middle-class family man react? How would a vinegary old maid react? How would a ditzy teenage girl react?

The most-publicized reactions to unpleasant public events in recent years have been over at the vinegary old maid and ditzy co-ed end of the scaleâhysterical.

Control-freak ideologues are in evidence, too: people who want us all thinking and behaving one way, their way, who want to stamp out all disagreement with their dogmas.

The ideologues are cheering on the hysterics from behind. Also guiding them: People whose emotions rule their intellects can easily be guided by skillful manipulators of emotion.

Hysterics under the guidance of ideologues: thatâs the picture Iâve been getting ever more clearly, from the Charleston church shooting three years ago, via the Antifa riot at Charlottesville last year, down to this weekâs continuing reactions to the Parkland shooting.

One aspect of this big recent change in the way we react to social calamities: our major institutionsâcourts, state houses, corporations, churches, collegesâget swept up in the hysteria in a way they never used to. Iâve told the story before about how, in the summer of 2015, I and my wife went on a tour of Civil War battlefields, and noted with interest that the battlefieldsâ Visitor Centers, most of which are run by the federal parks service, all had Confederate flags for sale.

A few weeks later, after the Charleston church shooting, that was suddenly unthinkable. It was unthinkable to fly a Confederate flag anywhere. Suddenly, after a hundred and fifty year s of nobody minding the flag much, suddenly it was an outrage.

After Charlottesvilleâwhich was, let it not be forgotten, an Antifa riot assisted, and to some degree arranged, by local politicians and police brassâafter Charlottesville, big internet companies like Twitter and PayPal closed the accounts of genteel Dissident Right customersâincluding ones, like my own VDARE.com, who had nothing to do with Charlottesville.

Again, this was a new twist, a sudden small shift in societyâs tectonic plates. VDARE.com was in our 18th year of doing business with Internet firms: Suddenly we were beyond the pale.

And now, following this school shooting, theyâre coming for the NRA. 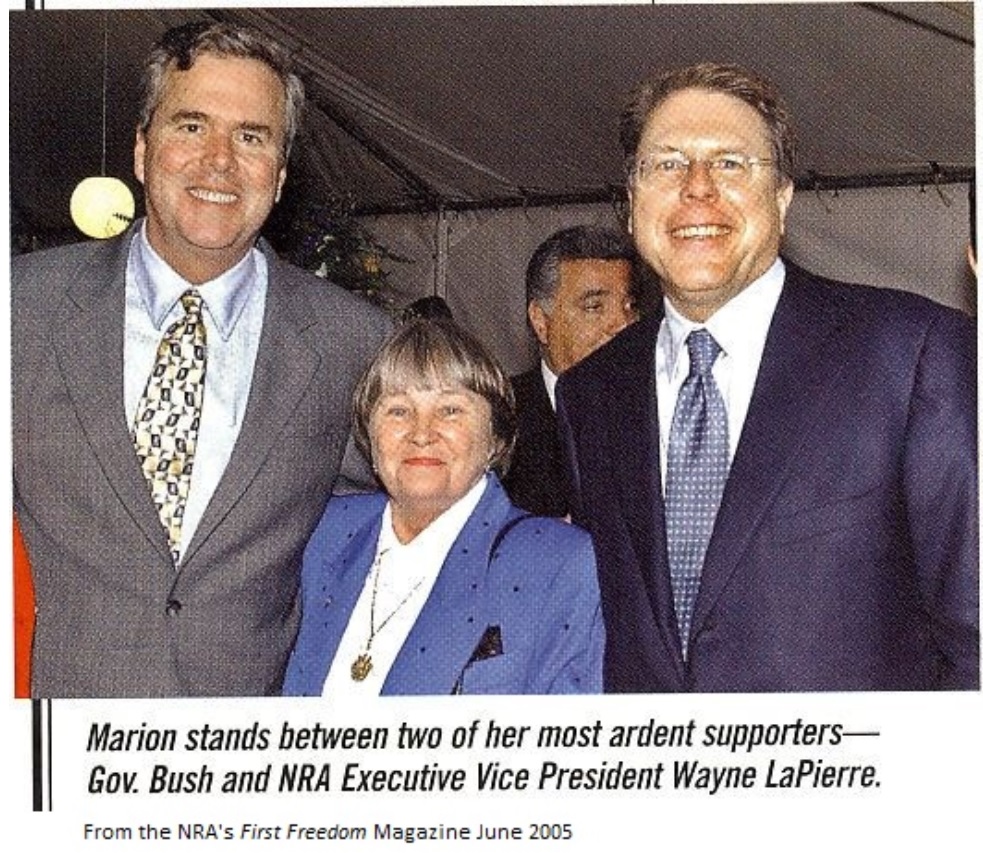 Itâs a sudden qualitative shift, what physicists call a âphase change,â like water turning to ice. The NRA was perfectly respectable until this week, supported by banks and car rental firms, its executives photographed in smiling company with senior politicians.

Now, overnight, the NRA has become a limb of Satan. NRA head honcho Wayne LaPierre must be channeling Sir Thomas Wyatt, quote: âThey flee from me that sometime did me seek,â end quote.

The Confederate flag; statues of Columbus and Jefferson and Robert E. Lee; now the NRA; the United States is being deconstructed before our eyes, ever faster.

Weâwe on the Dissident Rightâwe thought weâd won a victory in 2016 with the election of Donald Trump. Sixty-three million Americans repudiated the Cultural Revolution: that was a great and wonderful thing.

The revolutionaries were nothing deterred, though. They still hold the commanding heights of our society: corporations, universities, courts, the media. This is a cultural revolution, and politics is downstream from culture.

Yes, we won a political victory; but the Cultural Revolution marches on. They barely even broke step.

One interesting side issue has come to light after the Florida school shooting; race denialism has been an accessory to the murders. Race denialism kills.

How does that work? Well, recent yearsâespecially the Obama yearsâhave seen a focus on the âdiscipline gapâ in our schools. Black and, to a lesser degree, Hispanic students were being subjected to the sterner kinds of school disciplinary proceduresâsuspension, expulsion, police reportsâat much higher rates than Ice People studentsâwhites and Asians.

According to race-denialist dogma, this discipline gap can only be caused by ignorance on the part of white teachers and administratorsâby these white authority figures holding false stereotypes of other racesâor malice; Whites hate blacks and mestizos and want to keep them down.

Iâm a race realist; I think the different races have evolved overall differences in personality and behavior via natural selection, just as dog breeds have via artificial selection; and itâs those evolved differences that cause the discipline gap.

Thatâs a fringe view, thoughâcrazy talk, in the opinion of well-nigh everyone in authority. Race denialism rules.

In the context of the discipline gap, the race-denialist remedy for that gap is to discipline by quota. If twenty percent of the students in your school district are black or Hispanic, then twenty percent of your suspensions and police reports better be, tooânot a single percentage more!

The inevitable consequence of that is that disciplinary problems and crimes committed by black and Hispanic high-school students get swept under the carpet to make the statistics come out right.

An alternative approach would be to inflict much more severe punishments on the Ice People kids for minor disciplinary infractions.

So: Black kid flourishes a switch-blade knife at teacher, gets a stern five-minute talk from the Principal. White kid passes a note in class: three weeksâ suspension.

This would even out the statistics just as well as the other method. I donât know why it hasnât been tried. Perhaps for the same reason that Steve Sailerâs solution to the test-score gap has never been tried. Steve suggested hitting all the white and Asian kids on their heads with a ball-peen hammer. Education administrators just arenât very imaginative, I guess.

One notable beneficiary of the race-denialist approach: Trayvon Martin, the black youth shot by George Zimmerman in 2012 in Miami-Dade County, right next door to Parkdaleâs Broward County.

At the time, a lot of us wondered why, when stolen jewelry was found in Martinâs school backpack some time prior to his death, why he wasnât arrested.

Martin had been suspended twice already that school year for offenses that should have gotten him arrested. In each case, however, the case file on Martin was fudged to make the crime seem less serious than it was.

Nikolas Cruz, middle name de JesÃºs, is a statistical Hispanic, so he got the same velvet-glove treatment as Trayvon Martin.

See also the even more detailed and informative, but anonymous, piece at Conservative Treehouse: Itâs Too LateâBroward County School Board Beginning to Admit Their Mistakes?. By Sundance, February 22, 2018.

Itâs a product of hysteria and fanatical ideology. On American Gun Violence: Itâs Who We Are
But Electing Pro-Gun Presidents Reduce Does Gun Ownership!
John Derbyshire
• 99 Comments • Reply