The April 23 first round of the presidential election in France came with a human-interest sidebar. Emmanuel Macron, the Establishment stalking horse who placed first under the banner of a party that he himself created out of whole cloth last year, is 39 years old. His wife just turned 64. She was his high-school teacher of French literature. They were an item back then, when he was 17 and she was 42. She has three kids by a previous marriage.

Would this even be legal in the U.S? Nevertheless, my personal position on this is: Jolly good luck to both of them. My view, heartfelt and frequently stated, is that love is a precious gift, to be cherished and celebrated wherever it may be found.

In my study, there hang portraits of my two literary heroes. One of them, Samuel Johnson, at age 25 married a woman twenty years his seniorâa widow who, like Mrs. Macron, brought three children to the marriage. Johnson loved his wife dearly, to the bafflement of his friends. After she died seventeen years later, he mourned her for the rest of his own life.

My other literary hero, George Orwell, lost his wife Eileen after nine years of marriage, then remarried on his death bed to the prettiest girl in the office. 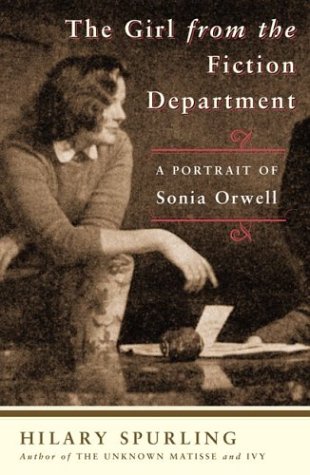 So donât look to me to second-guess Mr. Macronâs choice of wifeânor anyone elseâs. I say again: Good luck to them.

My objection is what the Macrons of the world are dong to Franceâand to America and to Western civilization in general.

Marine Le Pen polled second. Her National Front party has been around for 45 years, but until recently dwelt on the electoral fringes. Itâs as if voters in a U.S. presidential election were to say âNoâ to both the Republican and the Democrat candidates. (Although, come to think of it, itâs not too much of a stretch to construe last Novemberâs U.S. election like that.) Conventional wisdom says that people who voted for the other nine candidates will mostly swing behind Mr. Macron in the runoff election May 7thâalthough. after last year, conventional wisdom has lost some of its sheen.

If youâre not actually French, this election is all a bit distant and academic. But In fact there are penetrating things to say about it, of direct relevance to the United States, and to the Western World as a whole.

I know this because I read Christopher Caldwellâs brilliant article in the Spring issue of City Journal: âThe French, Coming Apart.â Itâs a rumination on the ideas of French sociologist and real-estate expert Christophe Guilluy, who has written three books about French society, none of them yet translated into English.

Guilluy is a sort of French Charles Murray. He writes about the great social separation of our time, the âcoming apartâ in the titles both of Caldwellâs piece and Charles Murrayâs last book.

The urban elites in Franceâs dozen or so big cities, says Guilluy, have pulled away from the native French working- and middle-classes. Gentry and native Proles are now far apart, with nothing much to say to each other.

The big urban housing projects, built by socialist governments in the mid-20th century for native French workers, are now full of Muslims. Native Proles have pretty much been purged from these successful, globalized cities, leaving them to educated Gentry symbol-manipulators, media and finance types, restaurateursâand underclass Arabs.

Guilluy describes twenty-first-century France as âan âAmericanâ society like any other, unequal and multicultural.â Itâs a controversial premiseâthat inequality and racial diversity are linked as part of the same (American-type) system and that they progress or decline together. Though this premise has been confirmed in much of the West for half a century, the assertion will shock many Americans, conditioned to place âinequalityâ (bad) and âdiversityâ (good) at opposite poles of a Manichean moral order.

As Paris has become not just the richest city in France but the richest city in the history of France, its residents have come to describe their politics as âon the Leftââa judgment that tomorrowâs historians might dispute. Most often, Parisians mean what Guilluy calls la gauche hashtag, or what we might call the âglass-ceiling Left,â preoccupied with redistribution among, not from, elites: we may have done nothing for the poor, but we did appoint the first disabled lesbian parking commissioner.

In France, Political Correctness is more than a ridiculous set of opinions; itâs alsoâand primarilyâa tool of government coercion â¦ It determines the current polarity in French politics. Where you stand depends largely on whether you believe that antiracism is a sincere response to a genuine upsurge of public hatred or an opportunistic posture for elites seeking to justify their rule.

As the prospect of rising in the world is hampered or extinguished, the inducements to ideological conformism weaken. Dissent appears. Political Correctness grows more draconian. Finally the ruling class reaches a dangerous stage, in which it begins to lose not only its legitimacy but also a sense of what its legitimacy rested on in the first place.

I donât think I need to point out how relevant all that is to us here in the U.S.A. Like the French and the British, our society has separated out into two big classesâGentry and Proles, Eloi and Morlocksâwho dislike each other and talk past each other.

The Gentry control the culture, on which they impose a rigid ideological conformismâalthough our constitutional guarantees of freedom of speech and assembly are still, just barely, operative, which is not the case in France. (See French Mayor Fined for Mentioning Demographic Changes in Local Schools, )

The Gentry also control the economy. This allows them to further marginalize the despised native Proles by replacing them with cheaper immigrants.

The populist surge weâve been seeing in America and France is a reaction to all this.

There are similarities and differences between the two countries, though.

What is the same is that, as Charles Murray has so thoroughly chronicled, the Gentry are above all a cognitive elite. They are smarter than Proles. That makes it easier for them to maintain control. They can bamboozle and outfox the Proles. Itâs an unequal contest.

What is different is, first, those constitutional constraints. Although now under severe stress, those constraints have held up better here than in France, where, Caldwell tells us, laws criminalizing heretical speech were passed as long ago as 1972.

And then there is Americaâs long experience of having a big subpopulation of blacks.

Gentry ideologues insist, very strenuously, that there are no group differences between blacks and nonblacks that canât be erased by this social program or that one.

However, decades of such programs with little to show by way of results leave more and more American Proles wondering whether, perhaps, to re-quote Christopher Caldwell,

antiracism is a sincere response to a genuine upsurge of public hatred or an opportunistic posture for elites seeking to justify their rule.

The ideological grip of the Gentry is much firmer in France than here. Possibly also the old medieval spirit of feudal deference somehow survived the best efforts of Danton and Robespierre.

My guess, which may be wrongâsee French Scientist Who Predicted Trump and Brexit Says the Maths Adds up for a Le Pen Victory, Breitbart, April 28, 2017âis that these factors will be sufficient to make Mr. Macron the next President of France. Thatâs good news for him, but bad news for Franceâand for Western civilization.

It means the present malign trends will continue. Those globalized cities will become more glittering and expensive. Their inner suburbs will become more solidly Muslim. Native French Proles will simmer impotently in what Guilluy calls âthe periphery,â easing their psychic pain with opiates.

And the frog will continue to boil; or, as they say over there, la grenouille continue Ã  bouillir. EU Election Roundup
Europe Polarizes Between Nationalists and Globalists as Old Parties Fritter Away
Guillaume Durocher
• 88 Comments • Reply
← Perquita Burgess and the Defenestration...April Diary: Righting the Worldâs Wro... →
Hide 251 CommentsLeave a Comment
"Macronâs Unusual Marriage Is OKâBut NOT What His Type Are Doing to France (And America)"
• 251 Comments
Commenters to Ignore
Commenters to ignore (one per line)