The issue of reparations for black slavery got an airing in Congress last week, curiously coinciding with renewed Main Stream Media drumbeating for the white-guilting Central Park Five Rape Hoax. I discuss reparations below, but first a word about an obviously-related news item that doesnât seem to be getting any drumbeating at all.

A 23-year-old âMan,â Temar Bishop, who is black, was arraigned in court in New York las Saturday for charges including rape and attempted murder. He had raped a 20-year-old white woman and then beaten her unconscious. 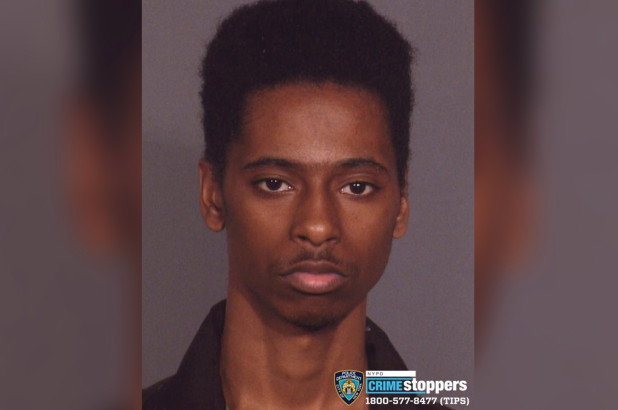 The charge sheet also includes âHate Crime,â based on words Mr. Bishop spoke to a witness after the event. Here are the words,

I think the whole notion of “Hate Crime” is totally misguided and I’d like it removed from the statute books. Why is Temar Bishop’s offense any worse because he hates whites?

If I were judge in the case and Temar Bishop was found guilty at trial, I’d give him twenty years for the rape and fine him ten cents for the âHate crime. â

But will the long-standing and massively disproportionate pattern of black-on-white rape, to say nothing of homicides, be factored into any slavery reparation calculation?

The House Judiciary Committee hearings on a bill to â¦ wait a minute, let me get it precisely right: “a bill to create a commission that would make recommendations concerning ‘any form of apology and compensation’ to descendants of enslaved African-Americans was the Congressional Clown Show Of The Week.

That’s the bill: to create a commission to make recommendations. Reminds me of my days as a student union debater, when we had fun with Roberts’ Rules of Order, moving a motion to move the motion that the motion be now tabled.

Sorry, my mind was wandering there. I just have trouble taking this reparations stuff seriously.

For one thing, I see all these race issues through the prism of the Cold Civil War: two big groups of whites going hammer and tongs at each other for all they’re worth while blacks hang around the periphery, dodging on to the battlefield now and then to rob a corpse or land a sucker punch.

I mean, do blacks really care about this, or is it just a way for guilty white liberals to display their mating plumage? Quote from myself:

Anti-racism is a mating display. It says: “Look at me! I have such earning power I can live where I like! I don’t have to worry about feral underclass blacks or Salvadoran gangbangers! I can strike a pose of lofty indifference to matters of race! Drop your knickers right now!”

And in fact a couple of blacks (Coleman Hughes and former NFL player Burgess Owens)showed up at the hearing to argue against reparations as demeaning to blacksâas carrying the implication that unless whites give them stuff, they can’t cope. [Coleman Hughes: The Moment You Give Someone Reparations, You’ve Made Them Into A Victim, RealClearPolitics, June 19, 2019]

Which is in point of fact true. When the whites are driven out, as in Detroit or Zimbabwe, or killed off, as in Haiti, the blacks end up with, well, Detroit, Zimbabwe and Haiti. Without whites, blacks really can’t cope.

That’s a hard thing for Talented Tenth blacks like those two dissenters at Wednesday’s hearing to admit, and I intend no offense to them personallyâthey both seemed like fine, smart American gentlemenâbut the Untalented Nine-Tenths is a mighty burden to bear: too much for the Talented Tenth to manage without help.

I revert to my analogy of a man dragging a sack along a road. If the man is big and healthy, and the sack not too heavy, he can cope all right. The sack will slow him down, but he’ll make progress. A smaller man with a bigger, heavier sack won’t cope so well, perhaps won’t be able to cope at all.

Whites have their feckless, troublesome underclasses, too. I know; I grew up among some of them. That’s the sack we have to drag. There aren’t so many that we can’t manage them, though, and make progress in spite of them. Blacks have a different equation to solve.

White Americans have done their best to help Blacks solve it. We’ve done more than that, in fact; we have distorted our entire social system, twisted our laws, and spent trillions of dollars to help them.

The question I’d put before Congress is not: “Should whites do more?” but, “How much more can whites be expected to do?”