The American people are so fed up from being toldâwhen they want immigration laws enacted which they believe will serve their national interest and when they also want the law enforcedâthat they are being cruel and mean-spirited and racist. They are fed up with efforts to make them feel that Americans do not have that fundamental right of any peopleâto decide who will join them here and help them form the future country in which they and their posterity will live â¦ 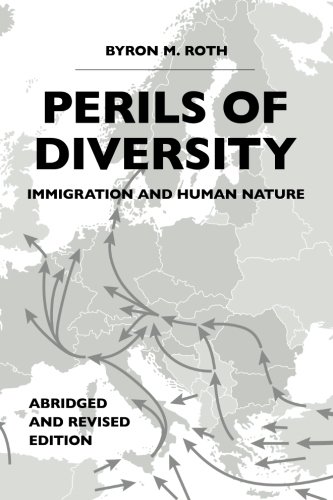 Those are striking words: a true political fact, pithily expressed.

Much more striking is that they were spoken in 1981, half a lifetime ago. The speaker was then-Senator Alan Simpson, in his capacity as co-chair of a joint House and Senate committee holding hearings on reform of the immigration laws.

Senator Simpsonâs observation would of course be just as pertinent today. There you see one of the more dismal, more depressing aspects of arguing for patriotic immigration reform: the fog of stasis that hangs over the whole topic. 1981, 1991, 2001, 2011, â¦ Itâs like Groundhog Day.

We state the same plain facts and advance the same reasonable arguments; Open-Borders proponents respond with the same threadbare chargesâcruel! mean-spirited! racist!âand nothing changes, nothing changes.

I tell you: agitating for patriotic immigration reform is a real test of stamina.

I lifted Senator Simpsonâs words from page 196 of Byron Rothâs book Perils of Diversity: Immigration and Human Nature. Thi s is a new edition, published by us, VDARE.com Books. It is an updated and abridged version of Prof. Rothâs 2011 book with a slightly different title: same as this one but with a starting âThe â¦â Steve Sailer reviewed that original edition for us here on February 13th, 2011.

Comparing the two editions, the first thing you notice is the abridgment. The 2011 version had 514 pages of main text, including (by Steveâs count) 993 footnotes at the ends of chapters. This new edition is 344 pages with 777 footnotes, all gathered together at the end of the bookâa much more convenient arrangement. Because of format differences (e.g. smaller font), that slightly overstates the degree of abridgment; but this is certainly a handier edition, more concentrated on the United States. The 76 pages on post-WW2 immigration into Europe in the 2011 edition, for example, has been trimmed down to a single chapter of 24 pages.

The updating brings us right into the Trump era, with references to the Presidentâs Executive Orders on immigration from some majority-Muslim nations. Recent research results in the human sciences have been included, too: the Denisovans now get a mention in the section on paleoanthropology.

What is paleoanthropology doing in a book about immigration? Fulfilling the promise of the bookâs title, thatâs what. Writes the author:

An important contention of this book is that large-scale immigration is bound to have consequences for a nation, not all of which are easily foreseeable.

We can, though, get a clue about those consequences by going to the human sciences. What do they tell us about the likely result of importing great numbers of persons from nation (or race, or culture, or religion) X into nation Y?

And so Prof. Roth gives us chapters titled âThe Evolutionary Sources of Group Solidarity and Conflict,â âThe Origin of Human Racial Differences,â and âCivilization and the Domestication of Men.â

Some of the science here is perforce speculative; but the speculation is well-reasoned, supported by much evidence, and on a plane of sophistication far above the silly vaporings of the âno such thing as raceâ ideologues and the cheery assurances of economists that human beings are perfectly fungible units of production and consumption.

So we get, for example, a thoughtful consideration of Richard Lynn and Tatu Vanhanenâs work (IQ and the Wealth of Nations, IQ and Global Inequality, and The Limits of Democratization). Smart Fraction Theory gets a mention in this new edition, too: the notion that, to quote the theoryâs anonymous author:

In market economies, per capita GDP is directly proportional to the population fraction with verbal IQ equal to or greater than 106.

This survey of the relevant human sciences is followed by a good historical accountâsix whole chaptersâof U.S. immigration policy from the early colonial settlements through to the present day, with that supplementary chapter on post-WW2 immigration into Europe.

There are some interesting insights here. The insouciance of recent U.S. administrations towards immigration from Latin America, for example, had its origins in the two-tiered system that evolved during the 1930s and 1940s:

European immigration, the first tier, came under the control of the State Department which required immigrants to obtain visas and undergo investigation by consular officials in the home countries â¦

The second tier of the immigration bureaucracy involved immigration from the Americas, which was administered separately from European immigration by the Immigration Bureau and the Labor Department. This was largely the result of Southern and Western interests who benefited from inexpensive Mexican farm labor.

Later in this historical section Prof. Roth gives caustic accounts of the efforts by cheap-labor lobbies to manipulate our numerous guest-worker programs to the disadvantage of Americans. On the H-2B visa for unskilled, seasonal, non-agricultural workers, for example:

In January 2009 in the midst of the recession, the Department of Labor revised its definition of a labor shortage to merely require an employer to attest, rather than document, that qualified U.S. workers could not be found within his employment area. But that employment area was often ludicrously limited to, say, a small town. Of course, it might be difficult for Aspen Skiing Company to find sufficient ski instructors in the village of Aspen, but w ould it be difficult if the search were nationwide? If they can house a ski instructor from Romania, can they not house one from Denver?

The bookâs account of these recent developments reinforces oneâs impression that our immigration policy in recent years has been, from top to bottom, a cheap-labor racketâan open conspiracy against American working people.

âMen more frequently require to be reminded than informed,â said Dr. Johnson. For a reader like me, who has been engaged with the National Question for nigh on twenty years, the chief value of Prof. Rothâs book is to remind me of thingsâof, for example, how appallingly awful, how shamelessly hostile to American working people, was the 2013 âGang of Eightâ bill.

The greater value of Perils of Diversity, though, is as an eye-opener to people less familiar, or not familiar at all, with the issues we discuss here at VDARE.com.

If all you know about the National Question is the blithe vacuities of TV talking heads and newspaper pundits bought and sold by the cheap-labor racketeers, Prof. Rothâs book is essential reading: a comprehensive, well-documented survey of all the issues.

Should you know anyone as innocent as that, but open-minded and keen to be informed, Perils of Diversity would make a great Christmas present. Will 2020 See the Emergence of a Nationalist Left?
Andrew Joyce
• 211 Comments • Reply
← âImporting An Overclassââthe Emai...Emerging âDemographic Conservatismâ... →
Hide 25 CommentsLeave a Comment
"âImmigration Has Consequencesâ"
• 25 Comments
Commenters to Ignore
Commenters to ignore (one per line) 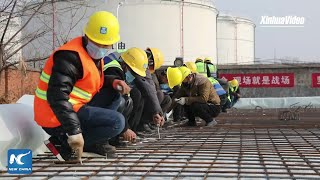