For some reason my imagination was caught by the news last week that Osama bin Laden has sent his son Sa’ad off to fight with Hezbollah in Lebanon. Having Mozart-ized this little snippet* in last week’s Radio Derb, I thought I might as well Kipling-ize it, too.

Perhaps Rudyard Kipling’s best-known poem, and surely the best-known hortatory poem in the English language, is “If â” which appeared in a 1910 volume of historical stories for children. The two children who are principal characters in the book are generally supposed to be based on Kipling’s own children Elsie and John, then aged 14 and 13 respectively. It is, therefore, hard to believe that Kipling did not have his own son in mind when writing the poem. To the best of my knowledge Kipling never admitted this, though, claiming only that the poem was written for his friend Dr. Jameson. John Kipling was killed in action at the Battle of Loos in September 1915, aged just 18.

Well, here is an updated version of “If â”,** suitable for Osama bin Laden to read to his son before the lad is sent off to fight the infidels.

If â (you want to be a true jihadi)

If you can hack the head off from a hostage
Who’s kneeling bound and helpless on the floor;
If you can purge yourself of each last vestige
Of decency, morality, and Law;
If you can hate and never tire of hating,
Or, faced with truth, still hold fast to your lies,
Or, while you’re hard at work decapitating,
Show no trace of pity in your eyes:

If you can teach your kids the “victim” story,
Stir Muslim losers trapped in English slums,
Fill youthful heads with crackpot dreams of glory,
And urge them on to fiery martyrdoms;
If you can use religion as a cover
For deeds no man could pardon or excuse,
Or claim that all the ills we humans suffer
Are machinations of the evil Jews:

If you can use the fruits of Western science
(A science that your culture cannot match)
To broadcast all your hatred and defiance,
Or carry out your crimes with more dispatch;
If you can put aside sectarian violence,
Co-operate with Shi’ites from Iran,
Unite Islam; intimidate to silence
All Muslims who won’t sign up to your plan:

If you can fly a plane into a building
Filled with harmless folk you’ve never seen,
Or seize a school that’s full of little children
And murder them when rescuers break in;
If you can fill each precious living minute
With sixty seconds’ worth of evil done,
Yours is heaven, and all the virgins in it,
And then you’ll be a real jihadi, son!

(Du-umm-diddle dum-diddle dum)
Now you’ll be living in a cave just like your Dad
(Diddle-iddle-um, Diddle-iddle-um)
If you find that you are feeling blue or sad,
Just remember what waits for the martyr â
Heaven’s blessings and virgins galore!
Then at last you’ll be able to score!

** The title of the poem appears as I have shown it, with a dash, in The Definitive Edition of Rudyard Kipling’s Verse, but the dash is often left out when the poem is reproduced. The format of the poem, by the way, was inspired by the last three stanzas of John Donne’s “The Undertaking.”

10 Ways Life in America Is Better Than in Russia
Anatoly Karlin
• 273 Comments
← I Sing the Hobby ElectricRocky Mountains Diary →
Current Commenter
says:
Current Date at Time Now
Leave a Reply - Comments on articles more than two weeks old will be judged much more strictly on quality and tone
Cancel Reply 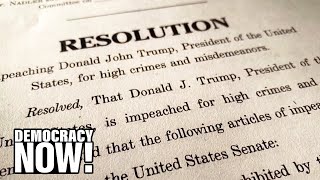