Last week I commented on the huge numbers of Sun People moving, or trying to move, into Ice People territories:

All these population flowsâblacks and Muslims into Europe, Central and South Americans into the U.S.A.âare from south to north. The barriers going upâor at least, that we are just now seriously thinking and talking about putting upâin Europe and the U.S.A. are barriers against south-north flows.

I went on to point out that it may not much longer be just the white people of Europe and North Americaâthe West Arctics, if you likeâthat are being invaded. Our East Arctic relations in South Korea are dealing with a batch of illegal aliens from Yemen.

I got a fair-sized email bag on that. Two listeners pointed out a rather glaring omission that I have to confess to: The Southern Hemisphere.

The main Ice People territories down there are Australia, New Zealand, and the white countries of the southern South American “coneâ: âArgentina, Chile, and Uruguay.

These countries, my emailers pointed out, are also getting inflows of Sun Peopleâand the direction of flow down there, of course, is from north to south.

That’s right. My apologies to all of you down below the Equator. We Northern Hemisphere types tend to forget you, slumbering away there under the Southern Cross.

In fairness to myself, I have a better record than most here. I once wrote an entire column about New Zealand, which is one more column than the average American pundit. One of my very first pieces for VDARE.com, back in 2001, concerned Australia. I’ve been promoting Uruguay for years as a promising bolt-hole should things get really nasty up north here.

I can’t say I’ve ever paid much attention to Chile, but apparently they’re having some very familiar-sounding problems to do with immigration and diversity. A correspondent sent me a link to this piece from the Migration Policy Institute

International migration to the predominantly European-descent Chile has also grown racially diverse, as the origins have shifted. Chile received growing numbers of Peruvians and Bolivians starting in the 1990s, and Haitians, Colombians, and Venezuelans in the 2000s and 2010s, while the share of Argentines and Europeans has fallen. This diversification in general, and the influx of tens of thousands of African-descent Haitians in particular, has made immigration more visible as an issue and has provoked public backlash â¦

Argentina likewise, although the issue there is more longstanding. Argentina’s story this past few decades is in fact something of a tragedy.

A hundred years ago Argentina was one of the world’s most attractive, best-developed countries: 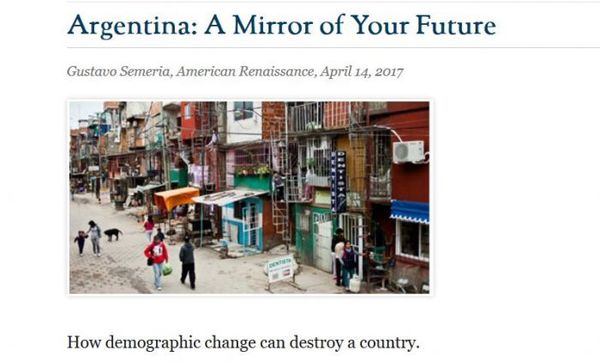 I borrowed that from Gustavo Semeria’s fine long article published at American Renaissance last year. [Argentina: A Mirror of Your Future, April 14, 2017]

Semeria tells how, during the Depression of the 1930s, European immigration into Argentina tailed off, replaced by immigration of Amerindians and Mestizos from further north. A series of really bad governments completed the work of destruction.

By the 1980s the quip among economists was that Argentina was a formerly-developed nation. Today it’s another Brazil, a small white elite living behind high walls while brown and black narco gangs rule the slums.

Let me repeat the title of Gustavo Semeria’s fine piece:

Argentina: A Mirror of Your Future.

So yes, apologies to my fellow Ice People down in the Southern Hemisphere. Obviously we need to join forces against the equatorial hordes. I shall revise my plans for an Arctic Alliance. The name, too: Henceforth it will be a PolarAlliance. No more Northern-Hemisphere Supremacy!

More disconnected notes just by way of completing coverage of that theme:

I went looking for an update on those Yemeni illegals in South Korea, but could only find this story from the Korea Herald: Romanian nun helps Jeju’s Yemeni asylum seekers, migrant families. [By Jo He-Rim, Korea Herald, July 12, 2018] Jeju is the South Korean island the Yemenis arrived on. And yes, the person in the story supplying charitable assistance to the illegals is indeed a nun from Romania.

The Economist just ran a gloating story about this, noting that “Pressure from business lies behind the change in attitudes.” [Japan is finally starting to admit more foreign workers, July 5, 2018]

The Japanese businessfolk are particularly interested in taking more low-skilled workers, The Economist tells us:

The number of these has been rising fast. Almost a third of foreign workers are Chinese; Vietnamese and Nepalese are quickly growing in number.

Chinese, Vietnamese, and Nepalese, huh? Why no Sun People? No Somalis, Guatemalans, or Haitians?

Get with the program, Japan; bring in some real diversity.

That’s understandable. White South Africans no longer have their own country; and listening to the speeches of South African black politicians like Cyril Ramaphosa and Julius Malema, you have to wonder how much longer they’ll have a country at all.[Malema posts video calling for violence against whites, The Citizen, July 10, 2018]

Reportedly up to 15,000 white South African farmers are planning to move to Russia. Thirty families have already arrived in the Stavropol region of southern Russia.

I await further developments with interest.

Yeah, it’s hot. Here’s a tiny news story that showed up in my July 12 New York Post, about, like that Cole Porter song, about human performance in very hot weather. The precise zone of performance is, however, different in the two cases.

The New York Post story concerns a study of students at Harvard University. The students were divided into two groups and tested for cognitive functionâhow well they did on basic IQ-type and reaction-time testsâduring a heat wave. One group of students had air conditioning, the other didn’t.

Students who lived without air conditioning answered questions 13 percent more slowly than those who were able to escape the heat.

On those sneaky tests where you have to quickly say what color ink a word is printed inâyou know, the word “green” printed in blue ink, and so onâthe non-air-conditioned students had reaction times 13.4 percent longer than the cool kids.

The reason this story got my attention: I have just finished reading Matthew Polly’s very comprehensive biography of the movie actor and martial-arts genius Bruce Lee, with whom I had some very slight personal acquaintance. Bruce Lee died 45 years ago this coming Friday, aged only 32. (I visited his grave, left, in 2012.) The cause of his death is something of a mystery, and has been endlessly discussed.

Lee was in Hong Kong at the apartment of his mistress, Betty Ting Pei, when he complained of feeling unwell. He had a headache, he said. Betty gave him a mild over-the-counter analgesic pill and he went to lie down. When Betty went to check a couple of hours later, Lee was dead.

As I said, there has been endless speculation about the cause of death. There was an autopsy and a formal inquest, but they didn’t clarify things much.

Well, Matthew Polly, the author of this new biography, has done a very thorough investigation. He’s read the records of that autopsy and that inquest, spoken to some of the principals involved, and studied Bruce Lee’s medical history. His conclusion:

On July 20, 1973, Bruce Lee died from heat stroke. It is the most plausible scientific theory for his death. 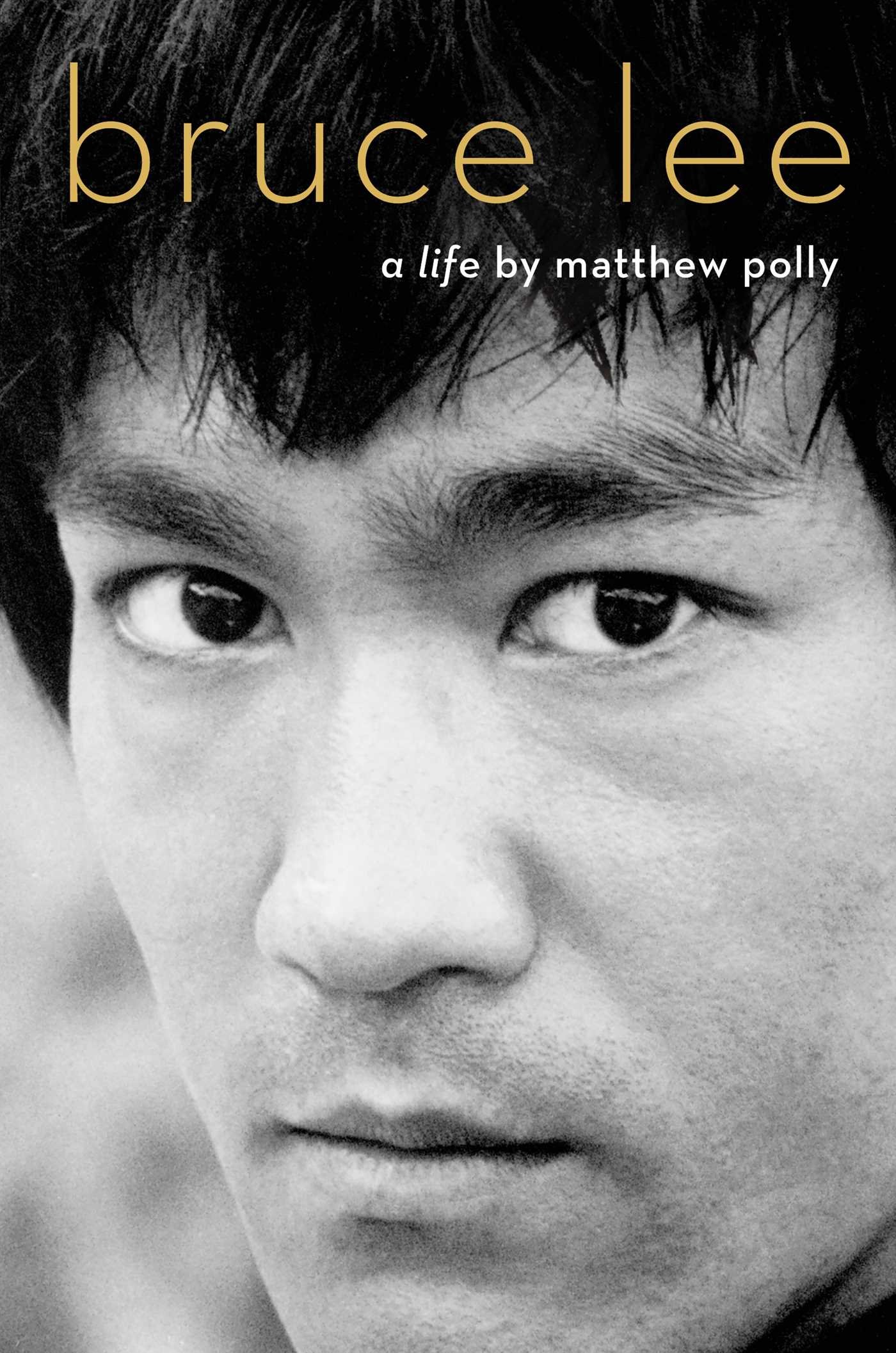 Bruce Lee was an Ice Person. By recent ancestry he was five-eighths Han Chinese, one-quarter English(his mother’s mother was an Englishwoman), and one-eighth Dutch-Jewish (his mother’s father’s father was named Mozes Bosman). A hyperactive person, in constant motion, he suffered badly from the heat; and the day of his death was exceptionally hot even for Hong Kong.

Matthew makes the point that death from heat stroke doesn’t get the attention it deserves:

It is the third most common cause of sudden death in sports activities and rises to first during the hottest months of summer. In the United States alone, an average of three high school and college football players die every year of heat stroke.

Executive summary for this segment: Take care, my fellow Ice People! Excessive heat can make you dumberâand may kill you.

That’s not even to mention the thing Ella Fitzgerald was singing about.

We weren’t designed for these steamy climates. We flourish best in the shady temperate woodlands and windswept grasslands far from the equator. Leave the sun-baked deserts and muggy, buggy rain forests to the Sun People. 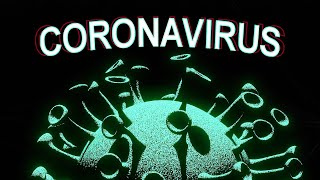