On the campaign trail coming up to the 2012 election, Republican hopeful Herman Cain confessed to not knowing who was the president of, quote, âUbeki-beki-beki-beki-stan-stan.â

I had a soft spot for Cain, although in retrospect it was probably just solidarity with a fellow 1945 baby and math geek, and desperation at the awfulness of the other Republican candidates. I bet Cain still doesnât know who is the President of Uzbekistan. I donât either, and I canât be bothered to look it up. Not all knowledge is worth the trouble of acquiring it.

New York City got a little taste of Uzbekistan last week, though, when a native of that country, inspired by radical Islam, deliberately, with malice aforethought, drove a truck along a Manhattan bike path, killing eight and injuring a dozen more.

The Uzbeki, name of Sayfullo Saipov, 29 years old, married with either two or three young children, came to the U.S.A. in 2010 on a Diversity visa. Heâs worked as an Uber driver, perhaps having misread the word âUberâ in the job ad as âUzbek.â

Itâs well known, I think, that there is a desperate shortage of Americans that know how to drive automobiles, so itâs right and good that we import drivers from Central Asia to alleviate the problem. Otherwise vehicles would be left rotting in the garages.

Seriously, though, as I whined in my monthly diary the other day, for commentators like myself, who have been writing about the nationâs immigration follies for, in my case, nigh on twenty years, itâs hard to come up with anything to say that we havenât said a dozen times before.

Mark Steyn, as imaginative and creative a writer as we could wish, has fallen back on just cutting and pasting from articles he wrote back in the first George W. Bush administration.

I can do even better than that. I have pieces pointing out the insanity of U.S. immigration that I published back when Bill Clinton was President!

This lunacy has even affected the Higher Journalism. The current (Sept/Oct 2000) issue of Foreign Affairs has a piece titled âOut-of-Control Immigrationâ by one James Goldsborough, bylined as âForeign Affairs Columnist for The San Diego Union-Tribune.â Mr. Goldsborough takes us through all the idiocy of current immigration practice (there doesnât seem much point to saying âlawâ), and gives a grim picture of the prospects for massive civil disorder if the economy takes a downturn and all those aliens suddenly have no jobs. After all this good sense, he concludes as follows:

If Congress and the next president do not come up with reasonable solutions along the lines proposed by the Jordan Commission, the field will be clear for the unreasonable solutions advanced by politicians such as Pete Wilson and Patrick Buchanan and discriminatory initiatives like Proposition 187.

Those âunreasonableâ solutions and âdiscriminatoryâ initiatives include such measures as denying welfare services to illegal aliens and free public education to their children. Patrick Buchanan favorsâoh, my God!âarresting illegal aliens and deporting them. [Links added]

I intend no disrespect to Mr. Saipovâs victims. I only want to make the point that the pros and cons of immigration issues are not difficult to grasp; but getting them into the public square for open, honest discussion is difficult. There are tens of millions of intelligent adults in the U.S.A., but discussion of anything to do with immigration is conducted at a moron level.

And, full disclosure: I cheated a bit there. My cutânâpaste from seventeen years ago dealt with illegal aliensâa topic that has been fairly openly discussed in respectable circles for twenty years or soâalthough even then, with the fair application of sensible laws pointedânâsputtered at as âunreasonableâ and âdiscriminatory.â

Mr. Saipov, though, entered the U.S.A. legally, via the Diversity Visa lottery. Legal immigration is still virtually un-discussable in our public square. There is almost nothing you can say about it without loss of respectability pointsânothing, I mean, other than that immigration is a jolly good thing, it enriches and refreshes America, We Are A Nation Of Immigrants, and so on. Anything negative draws frowns, sneers, and accusations of bigotry.

Consider for example the suggestion that we should stop permitting Muslims to settle in the U.S.A., and ask foreign Muslims resident here to leave, with of course a decent interval to close out their affairs. We could also allow temporary exceptions for diplomatic or commercial purposes, or in the case of real, credentialed scholars, or persons who have performed dangerous and difficult services on behalf of our country, or wives and dependent children of citizens: the suggestion is that we decisively turn our faces away from entry of any other Muslims.

If you say that in the public square you are denounced for bigotry and hate; but that, like so much of our public language nowadays, is infantile. I favor the suggestion I just spelled out; but I donât mind Muslims or Islam. I certainly donât hate them or it. 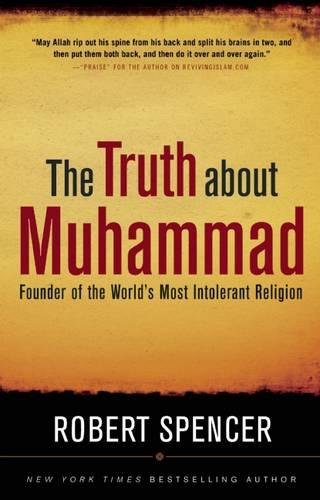 I have argued this at length more than once. Here I was ten years ago, for example, also on National Review Online, after some exchanges with famous Islamophobe author Robert Spencer:

A fighting faith is of course a proud faith, and nothing pumps poison into the bloodstream like pride brought low. Inside every Muslim today there is a voice whispering:

âOur faith is so pure and true, our civilizations lasted so long and ruled so many, our God was so potent: yet here we are in the modern world, backward and poor except where accidents of nature have blessed us, our rulers corrupt, our culture mocked or ignored, our people squabbling among themselves, or fleeing the homelands to work as taxi drivers and menials in the great glittering cities of the infidels, those homelands themselves part-stolen by the wretched Jews. Itâs all wrong, wrong, wrong! Grrrrr!!!â

Thatâs the Islam weâre up against. I donât myself believe we can do much to reform it. Muslims have to do that for themselves. Any helping hand we reach out will be spat upon. While they sort out their problems, though, I do thin k we should keep Islam at armâs length, for our own safety. Keep âem out; fence âem off; send Muslim visitors home; keep a wary eye on Muslim citizens.

Leave them the consolations of their faith, though; stop trying to convince me that there is no good at all in that faith; and, if youâre the praying type, pray that the good will prevail at last.

Is that hateful? I donât see it.

The title I gave to that piece was âIslamophobophobia.â I was expressing my mild aversion to Islamophobia, and to Islamophobes like Robert Spencer â¦ who, by the way, I also donât hate. He strikes me as a decent sort of chap, but with a bee in his bonnet.

Canât we do anything about this childish usage of the word âhateâ?

The policy Iâm suggesting is of course discriminatory; but as I and everyone else on our side of the issue has been saying for years to anyone willing to listen, the entire point of immigration laws is to discriminate: to discriminate between people you want entering your country, and people you donât.

Nobody thinks there are none of the latter. Even Open-Borders cranks would keep out, for example, known criminals on the run. At any rate, I assume they would. If they wouldnât, theyâre over the line from crankiness to madness.

I was arguing thereâand wouldnât retract a single word now, ten years laterâthat while the Islamic world is in the condition itâs in, while itâs afflicted with the common psychopathologies we see expressed in cases like Mr. Saipov, we shouldnât give visas to any but a tiny number of Muslims.

Thatâs not hatredâthatâs prudence. I certainly donât hate Islam. To hate it, Iâd need to have an informed opinion about it. 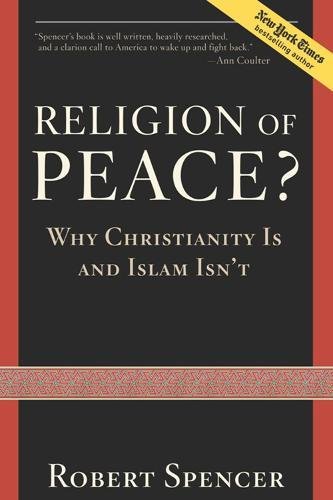 Robert Spencer does hate it, and does have an informed opinion. Heâs read the Koran, in the original classical Arabic. Should I take him as an authority figure, and hate Islam along with him? I decline to do so, for reasons I spelled out at length when reviewing one of his books.

I have tried reading other peopleâs scriptures. I had a go at the Bhagavad Gita onceâhoo-ee! Iâve tried the Book of Mormon, too. Sorry, and no offense to anyoneâcertainly not Hindus or Mormonsâbut lifeâs too short.

There is a Taoist bible, did you know that? Yes, the Taoist religionânot to be confused with Taoist philosophy, of courseâthe Taoist religion has a bible, the Daozang. Itâs very bigâfifteen hundred volumes, tens of thousands of pages. You can buy an English-language companion to it, with thumbnail descriptions of all those volumes. That companion book is a mere eighteen hundred pages long.

I have no plans to read the Taoist bible, nor even the companion book. I wouldnât read it even if Taoists were blowing up people at marathons or pop concerts, or mowing down cyclists on bike paths. I feel no necessity to have an opinion about religious Taoism.

If Taoists were doing those horrible things, though, I would raise my voice in favor of U.S. immigration laws discriminating strongly against Taoists. Why wouldnât I? That would just be a sensible prudence.