Earlier (2011): John Derbyshire On Understanding China And The Chinese

Having been writing about China for forty years, I was naturally interested to see what Trump and Biden had to say about the country in last Thursdayâs debate.

Answer: Nothing with any real insight or understanding. There was a lot of back and forth about whether this guy or the other guy was taking money from the ChiComs; then some bluster from both candidates about how tough they have been with China.

Watching it, I thought I could hear from the far distance the sound of the ChiCom politburo rolling around on the floor hooting with laughter.

For a clue to my frame of mind here I refer you to David Goldman‘s October 19th article at Asia Times: Covid-19 Launches The Fourth Industrial Revolution.

Goldman describes in detail how the ChiComs have used the pandemic to advance their lead in AI (Artificial Intelligence). He concludes:

Computer science could not have devised a more useful dataset for the development of AI than the propagation of the Covid-19 virus. The exercise requires sophisticated real-time management of datasets involving impossibly large numbers of individual observations, and the ability to correlate locational, medical and demographic data with population sampling through forensic tests.

AI helped control the pandemic, but the pandemic gave Chinese AI an unprecedented push forward. The West hasn’t even begun to address the problem. And that is the most troubling observation of all. 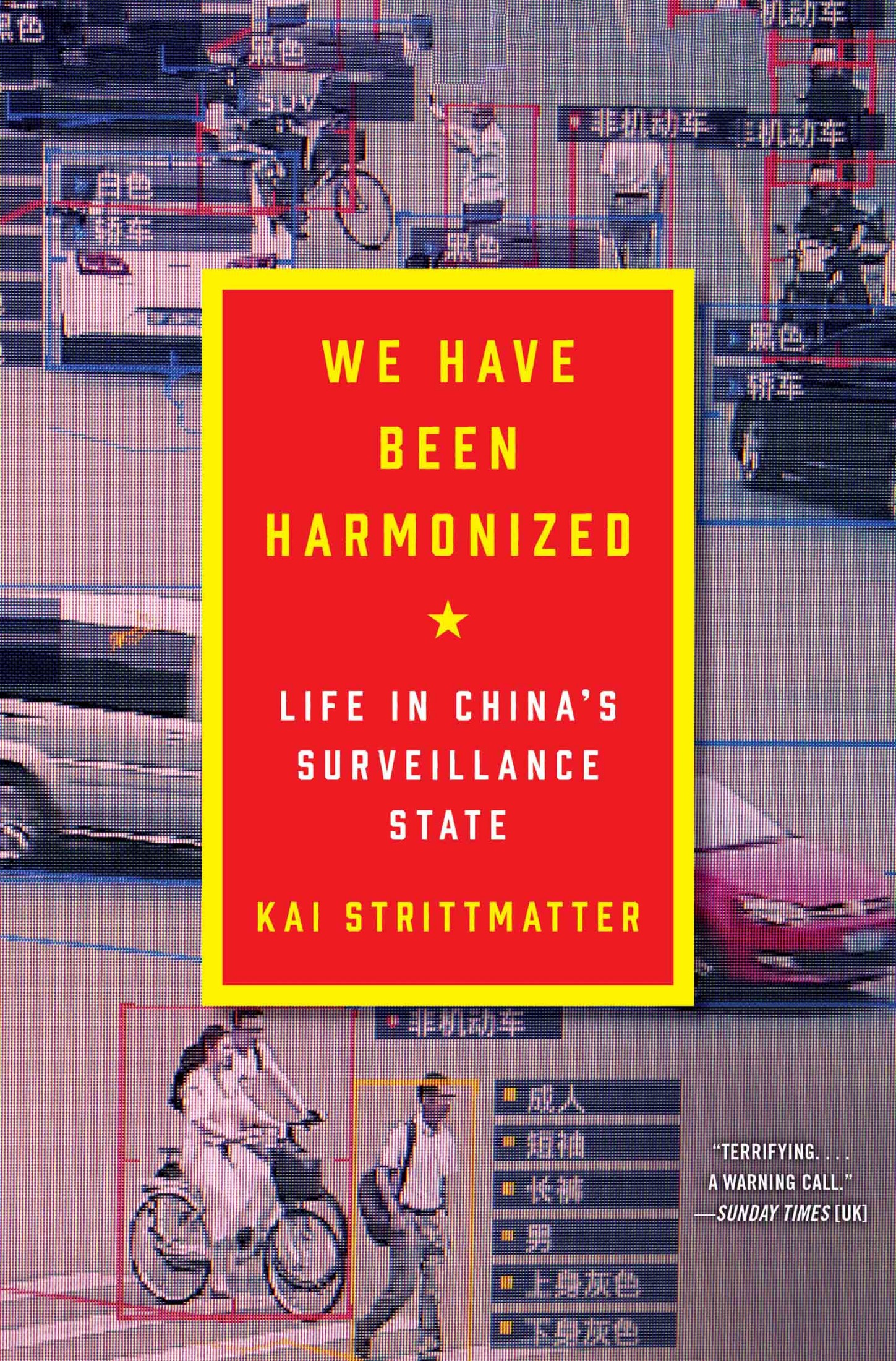 There is much more to be said about that. Goldman’s observations agree with what I hear from my wife, who keeps in touch with her family and friends in China through social media.

Yes, they tell us: Anywhere they go their movements, contacts, temperature, and other health indices are constantly monitored and scanned. They are barred from certain places if they don’t meet the right criteria.

It’s total social control, backed by colossal databases and massive AI programs. It seems to have conquered the pandemic : Life is back to normal in China [How sickening that the dragon is roaring back: China’s economy is booming during the pandemic it unleashed, By Edward Lucas, Daily Mail, October 20, 2020]. The third-quarter numbers for economic growth, just released this week, show almost five percent improvement over third quarter last year. [China’s economy grows 4.9% as industrial production surges, retail sales rise and unemployment sinks – while the rest of the world is crippled by coronavirus epidemic that started in Wuhan, AP, Daily Mail, October 19, 2020] The corresponding figure for the U.S.A. is negative ten percent.

Should we, like David Goldman, find this “troubling”? Well, yes, but with qualifications.

If, as Goldman argues, Big Data joined with AI is a “Fourth Industrial Revolution,” and if China is steaming ahead of us in those fields, then the U.S.A. will soon, for the first time in living memoryâfor the first time in 150 years, I thinkâbe a second-rate technological power.

That’s going to be quite an adjustment.

However, if the price to be paid for addressing the problem is a Chinese level of social control, the price is too high. That would be the death of our traditional liberties.

One of my favorite words in the American language is “ornery.” I like orneriness. I don’t just like it, I think it’s socially valuable.

I’m not very ornery myself by nature. I wear a face mask when I go shopping, just on the chicken soup principle: It can’t hurt. Still, when I see two people in a yelling match because one of them isn’t wearing a mask, I instinctively side with the non-mask-wearer. He’s being ornery, and I like ornery.

In a country with China’s level of social control, orneriness will get you ten to fifteen breaking rocks in a labor camp on the Qinghai Plateau; or, at the very least, confined to your apartment 24/7 because the algorithms won’t let you go anywhere.

I don’t want to live in a country like that. Liberty! âespecially the liberty to be ornery.

David Goldman is right none the less. China is roaring ahead of us into that Fourth Industrial Revolution, and we will become a second-rate technological power. That may not be a disaster, and I don’t myself mind it if it’s the price of keeping our liberties; but it will need some big adjustments that our leaders show no signs they are prepared for. 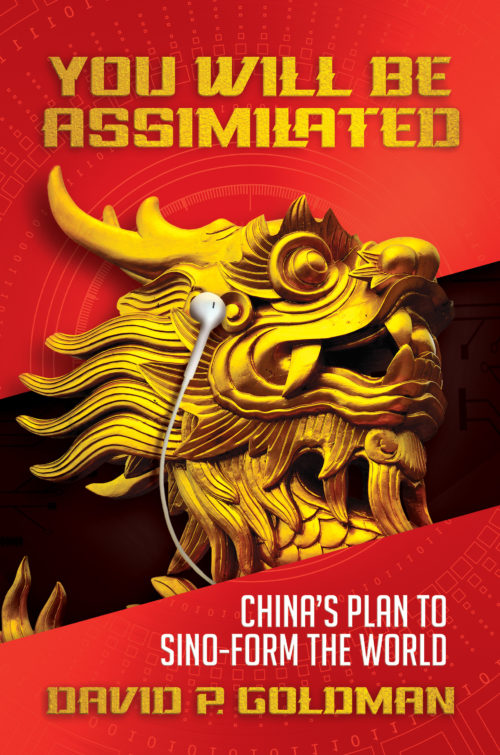 In military matters, for example. If I had been moderating Thursday’s debate, here’s a question I would have put to both candidates.

China’s saber-rattling towards Taiwan has been getting louder and louder in recent months. There is a probability that the next President will, at some point in his four years in office, be confronted by a Chinese military assault on Taiwan. Based on your understanding of the situation there, what is your estimate of that probability? Twenty percent? Fifty percent? Ninety percent? How should the U.S.A. respond to such an assault?

I’ll just add as a footnote that David Goldman has a new book out, title You Will Be Assimilated: China’s Plan to Sino-form the World.

I recommend it. The thirty-page appendix is worth the book’s price all by itself.

Readers who wish to donate (tax deductible) funds specifically earmarked for John Derbyshire’s writings at VDARE.com can do so here.

"COVID-19 Bio-Attack Smoking Gun" Video with Ron Unz
Kevin Barrett
• 188 Comments • Reply
← The Moral Case for TrumpâHe Made His ...October Diary: Gypsy Quotations, Paleol... →
Hide 78 CommentsLeave a Comment
"Give Us Liberty or Give Us Artificial Intelligence Victory Over China? I Choose Liberty"
• 78 Comments
Commenters to Ignore
Commenters to ignore (one per line)

← The Moral Case for TrumpâHe Made His ...October Diary: Gypsy Quotations, Paleol... →
Current Commenter
says:
Current Date at Time Now
Leave a Reply - Comments on articles more than two weeks old will be judged much more strictly on quality and tone
Cancel Reply
Commenting Disabled While in Translation Mode