Race-denialism is all over the Western worldâthe notion that race itself is a sort of optical illusion; that different races can, after a bit of social engineering, be brought to present the same statistical profiles on all traits; that when they present different profiles the only possible explanation is malice on the part of white people; these are the great dogmas of our age [Antiracism, Our Flawed New Religion, by John McWhorter, Daily Beast, March 14,2017 ] carved on stone slabs and worshipfully preserved in the temples of our culture. Here’s a cute example: the epidemic of knife crime that has been plaguing Britain for several years past.

Guns are hard to get in Britain (although not that hard). So the more commonplace types of lethal interpersonal violenceânotably underclass gang warfareâare stabbings with knives.

Where the soundtrack to a warm night in Chicago, Baltimore, or Detroit features gunshots, the corresponding audio for London, Birmingham, or Manchester is of metal blades penetrating human flesh.

This is quite a new thing. Yes, yes, I know about Jack the Ripper. Statistically, thoughâculturallyâknife crime has not been a British thing.

Growing up working-class British in the years before mass immigration, I absorbed the idea that fighting with knives was sneaky and unmanly.

Knife crime was practised only by lurking weaselly types from the outer fringes of the civilized world. Englishmen fought with their fists, Irishmen with the stout blackthorn, the Welsh and Scottish â¦ I forget, but it wasn’t knives.

In the mid-1960s, when I lived in London and got my first real encounters with multiculturalism, knife crime was associated with Cypriots.

I don’t know why this was so and have never tried to check the historical statistics. But it was an article of faith with Londoners back then that it was wise not to tick off a Cypriot (which mainly, in this context at that time, meant a Greek Cypriot) unless you wanted to feel a blade sliding between your ribs.

The native British seem to have maintained their prejudice against knife fighting down to the present day. But black and Muslim immigrants have taken up knives with enthusiasm. A high proportion of the names of knife-crime perps are Muslim; and on the rare occasions the media offer a picture of a perp, it is much more often than not a black guy. 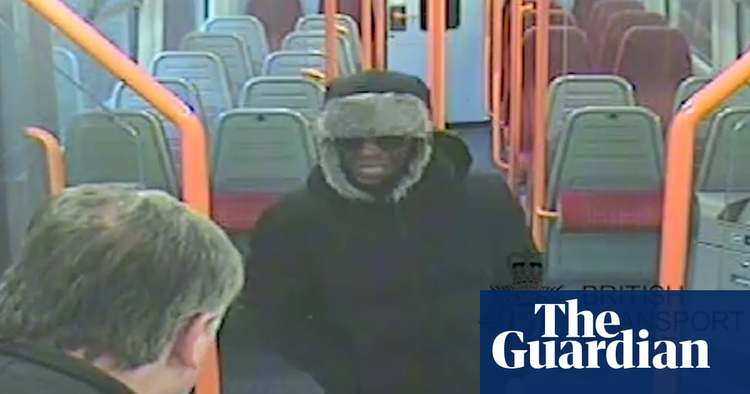 So Britain’s knife-crime epidemic is mainly a black and Muslim thing, one of the consequences of unrestrained mass Third World immigration.

To notice this is of course very strictly taboo. That’s the background to this latest story from the Sceptered Isle: Chicken Takeaway Boxes Warn Young People Of Knife Crime Danger, BBC, August 15, 2019.

What’s happened is this: the British government has a campaign going on to discourage young people from carrying knives. They’re promoting this campaign via public-service announcements on Twitter with #KnifeFree.

Well, a company that provides packaging for fast-food outlets has signed up to help with this campaign. The nature of their help: they have distributed boxes to fried chicken outletsâthe boxes your take-out food comes packed inâcarrying messages from the government campaign against knives.

Did you get that? To fried chicken outlets! Is that racist, or what?

It’s racist! Don’t take my word for it: here is an accredited authority, black Member of Parliament David Lammy, who bears an uncanny resemblance to the late Idi Amin of Uganda [Clip: the Idi Amin song]

Sorry, sorry, that just lurched into my mind there. Where was I? Oh yes, David Lammy. Tweet from him, tweet:

Is this some kind of joke?! Why have you chosen chicken shops? What's next, #KnifeFree watermelons? https://t.co/34DwwxSmCN

Since this news story comes from the sober, professional, magisterial BBC, you might think they’d offer some balancing numbers to prove that blacks are not especially prominent in the knife-crime statistics.

I mean, you might think thatâ¦if you’ve been in a deep coma for the past thirty years.

To be perfectly fair, the BBC story is not totally numbers-free. Four hundred words into the story we do get this, quote:

Recent figures showed most perpetrators of knife crime were over the age of 18.

That little nugget of irrelevant information came with a link to a BBC story from last month, headline: “Ten Charts On The Rise Of Knife Crime In England And Wales.”

None of the ten charts deals with race or ethnicity. But the accompanying text between Chart Four and Chart Five does let slip the following factlet:

The figures also show 25% of victims were blackâthe highest proportion since data was first collected in 1997.

Since only three percent of Britain’s population is black, that’s a massive over-representationâa multiple of more than eight.

That must be it.

Conclusion: In the 2005 movie Deuce Bigalow: European Gigolo, Rob Schneider, who is, duh, white plays the title character; Eddie Griffin, who is black, plays his buddy T.J. Hicks. T.J.is on the run in Amsterdam. Deuce finds him in a chicken-and-waffles joint.

Deuce: It’s the only chicken and waffles place in all of Holland.

T.J.: So a black man’s gotta be at a chicken and waffles place. That’s racist!

Deuce: But you are here.

T.J.: Yeah, but figuring it out is racist.