Every once in a whileâquite a long while; I need to be in a certain moodâI go to the Southern Poverty Law Center website and read their entry on me.

This is not from vanity, although I’ll admit to being a little flattered at having been noticed by the anti-white witch-hunters of Montgomery. No; it’s more to remind myself of the depth of denial and delusion that prevails among Goodwhites.

The task they set for whichever SPLC lower-echelon flunky got assigned to composing my page was to find the most damning possible quote from my writing: something so snarlingly, frothingly hate-filled, so preposterously, inconceivably unreasonable as to put me for ever beyond the bounds of civilized discourse. So what did they come up with?

I’ll quote you the relevant paragraph from the SPLC web page.

âA small cohort of blacksâin my experience, around five percentâis ferociously hostile to whites and will go to great lengths to inconvenience or harm us,â Derbyshire wrote. âThey will do this out of racial solidarity, the natural willingness of most human beings to be led, and a vague feeling that whites have it coming.â

The first thing to note is that they have edited my words so that the second of those two sentences makes no sense. In what I actually wrote, there is a sentence in between those two that the SPLC-bot omitted, whether from lazy incompetence or from malice, I don’t know. There is plenty of both at the SPLC website.

Here is what I actually wrote, with the omitted sentence included. Quote:

A small cohort of blacksâin my experience, around five percentâis ferociously hostile to whites and will go to great lengths to inconvenience or harm us. A much larger cohort of blacksâaround halfâwill go along passively if the five percent take leadership in some event. They will do this out of racial solidarity, the natural willingness of most human beings to be led, and a vague feeling that whites have it coming.

So that pronoun “they” starting off the third sentence refers not to the five percent, as the SPLC mis-quote implies, but to the fifty percent identified in my second sentenceâthe sentence they left out.

That’s by the by. My main point here, and the reason I get satisfaction from re-reading my words, even in the mangled form presented on the SPLC page, is the perfectly obvious truth of what I expressed in that first sentence. Re-quote:

A small cohort of blacksâin my experience, around five percentâis ferociously hostile to whites and will go to great lengths to inconvenience or harm us.[Links in my original 2012 column.]

Is there really anyone who does not know this? Really? Are there really such dark depths of Goodwhite denial?

You might, of course, argue with my estimate of five percent. When that column was first published I got a great many emails from people who did so argue. “Five percent?” they scoffed. “You kidding, Derb?” Then the emailer would proceed to offer his estimate, which was always higher, often much higher, than five percent.

(And to be perfectly truthful I dialed down my estimate to five percent from somewhat higher in hopes of making allowance for my implicit bias. I was trying hard to be nice. See where it gets you!)

All that came to mind yesterday when I saw that video clip of a black orderly beating up a frail old man in a Michigan care facility. The clip is available below, for now, though Twitter and the other social media censorsâBitChute so far an honorable exceptionâare deleting it as fast as they can.

Absolutely shocking footage has emerged from a black male nurse from Detroit (Jadon H.), who filmed himself beating elderly white men into a bloody pulp. 

Tucker Carlson reported on it here:

Good on Tucker Carlson for reporting on the disturbing abuse in nursing homes pic.twitter.com/5hep3Tfor4

If you watch it all the way through, and still tell me that the thing I’m quoted as saying in the SPLC web page on me is untrue; well, then, you are a very good person indeed, a paragon of race denial. 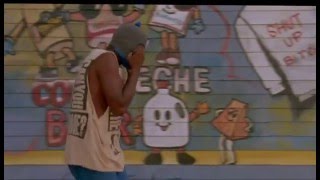 What I Learned About Race as A Cop
RockaBoatus
• 805 Comments • Reply
← China Has Problems In New Bipolar World...Weâre Not Allowed to be Honest About ... →
Hide 51 CommentsLeave a Comment
""Ferociously Hostile to Whites"âContra SPLC, "The Talk" Vindicated AGAIN By Nursing Home Video"
• 51 Comments
Commenters to Ignore
Commenters to ignore (one per line)

← China Has Problems In New Bipolar World...Weâre Not Allowed to be Honest About ... →
Current Commenter
says:
Current Date at Time Now
Leave a Reply - Comments on articles more than two weeks old will be judged much more strictly on quality and tone
Cancel Reply
Commenting Disabled While in Translation Mode