Reading up on the Ukraine in order to say something about it on Radio Derb, I checked the Corruption Perceptions Index (CPI) for 2013 compiled by the think tank Transparency International.

The CPI ranks 175 nations by how corrupt their public sector is perceived to be. Ukraine came in at 144, tied with Cameroon, the Central African Republic, Iran, Nigeria, and Papua New Guinea.

Why are some countries corrupt and others not? Looking at the map on the Transparency International site, a number of general and approximate rules stand out.

There are exceptions all over, of course: Botswana ranks better than Italy; North Korea ties with Somalia; Uruguay (heh) ties with the U.S.A.

Furthermore, that map is of today. Some of those virtuous north-European countries could, in the past, have shown Somalis and Afghans a thing or two about corruption.

But, it will be asked, did not Walpole practice corruption on a very large, even an unprecedented scale? Yes he did: no doubt about it â¦ But his contemporaries thought nothing of [his misdeeds], or not very much. Almost the only people who complained were those who felt that their services had not been well enough rewarded.[ Britain`s Prime Ministers from Walpole to Wilson p. 23]

Similar things could of course be said of the 19th-century U.S.A. One of the greatest achievements of 20th-century civilization in First World nations was the near-total banishing of corruption from public life.

So far as the U.S.A. is concerned, my guess is that this high level of political virtue peaked, like so many other good things, in the two or three decades after WW2 and has been gradually declining since.

If thatâs right, no doubt the causes are manifold, but itâs hard not to think that grievance culture, increasing racial diversity, and enforced looking-the-other-way at minority misbehavior have been factors.

(10f) Do not settle in a district or municipality run by black politicians.

(10g) Before voting for a black politician, scrutinize his/her character much more carefully than you would a white.

Those followed an earlier observation that the higher levels of antisocial behavior among blacks are manifested, among other places, in political corruption. [Racial disparity: All active ethics probes focus on black lawmakers, by John Bresnahan, Politico, November 3, 2009.] All three points were inspired by years of reading about local corruption scandals in the New York Post.

To see how things have been going since I wrote âThe Talk,â I have just read back through the last 23 daily issues of the Post tallying all local corruption stories. Bear in mind that the NYP mainly covers New York City, which is 28 percent Hispanic, 33 percent white, 23 percent black, and the rest mostly Asian.

Here are all the corruption stories from the past 23 days (February 25th to March 19th).

In case you missed the links, the races there are black, black, black,black, and black. The odds of that happening on a chance basis are one in fifteen hundred.

If you throw in Adamsâ senior advisor, who is also black, the odds are one in 6,700.

New Yorkers can take some small comfort from there having been actual indictments and actual convictions. Philadelphians have not been so blessed.

Yet no one was charged with a crime.

Why not? The Inquirer continues:

Prosecutors began the sting in 2010 when Republican Tom Corbett was attorney general. After Democrat Kathleen G. Kane took office in 2013, she shut it down.

In a statement to The Inquirer on Friday, Kane called the investigation poorly conceived, badly managed, and tainted by racism, saying it had targeted African Americans.

âTainted by racismâ! You have to marvel at the brass audacity of Ms. Kane, asking us to believe that under the exquisite guilt-racked racial protocols of early 21st-century America, thirty years after Tom Wolfe put the phrase âgreat white defendantâ into the language, the Attorney Generalâs office of a northeastern Obama state would deliberately single out blacks for investigation.

So who was caught on tape accepting bribes?

So â¦ shut down that investigation!

John Derbyshire [email him] writes an incredible amount on all sorts of subjects for all kinds of outlets. (This no longer includesNational Review, whose editors had some kind of tantrum and fired him. ) He is the author of We Are Doomed: Reclaiming Conservative Pessimism and several other books. His most recent book, published by VDARE.com com is FROM THE DISSIDENT RIGHT (also available in Kindle).His writings are archived atJohnDerbyshire.com.

(Republished from VDare by permission of author or representative)
← What Hatewatchers HateGoodnight, Little Jim →
Follow @DissidentRight 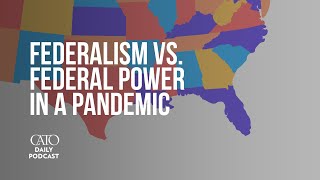