What I call âDemographic conservatismââthe instinctive tendency to want to live among people who closely resemble yourself in appearance, manners, dress style, language, and religion, the package we call âculture,â except that race is a component tooâis a major factor in what Iâve been calling the Cold Civil War between Goodwhites and Badwhites. The latest skirmish: the recent special election for Jeff Sessionsâ Senate seat in Alabama. The Republican candidate, Roy Moore, lost by a whiskerâone and a half percent.

My dismay is both rational and emotional.

The Democrat, Doug Jones, is pretty much a nullity on the National Question. A site search on the âDoug Jones for Senateâ website using the search string âimmigrâ got no hits.

Jones did respond to a questionnaire from NumbersUSA, but his responses were deeply uninformative.

I doubt thereâs any deliberate cunning here. My guess is that Doug Jones has just never given ten secondsâ continuous thought to the National Question except as it concerns American blacks, who he believes are held back from full and equal participation in American society by irrational prejudice and discrimination.

My rational dismay is tempered somewhat by the reflection that the U.S. Senate is in any case not likely to pass true immigration reform.

Democratic Senators are lockstep for open borders. Thatâs not an exaggeration: The report grades for immigration reduction at the NumbersUSA website have every single Democrat in the U.S. Senate graded F-minusâevery damn one.

The GOP presents more variety, but there are fourteen F-minuses there, too, along with one regular F, five Ds, and twenty-nine Cs. One of the Cs is Luther Strange, whoâll now be replaced by Doug Jones, a sure F-minus once he gets down to voting.

In case you lost track of the arithmetic there, that leaves just three Republican Senators unaccounted for. They break one A and two Bs. The A is Tom Cotton of Arkansas; the Bs are Ted Cruz of Texas and David Perdue of Georgia.

Chance of getting an immigration moratorium from this crowd, or legislation against Birthright Citizenship, or a proper entry-exit visa tracking system, or an end to co-operation with the United Nations bogus-refugee program, or a really secure southern border? Zero, zero, zero, zero, and zeroâwith or without Roy Moore.

And then thereâs my lingering affection for the old, weird Americaâthe America of honky-tonks and freak shows, of sleepy towns in the hollows and corn liquor stills in the woods, of Leadbelly and Junior Johnson, of carny barkers and hellfire preachers.

Yes, of course I know there were downsides. I already told you: This is emotion, not reason. Roy Moore, with all his downsides, reflects echoes of that old, weird America. I like that.

Enough about my preferences, though. Letâs do a little analysis here. What does Tuesdayâs Alabama vote tell us?

Nothing new that I can see.

Blacks and ethnomasochist whites in college towns voted Democrat. Some other whites who couldnât stomach either partyâs candidate wrote in someone else. There werenât many of those write-ins, but there were enough to swing the vote. If all 22,811 of them had voted for Moore, he would have won by more than two thousand votes.

So Roy Mooreâs colorful personality was a factor in his defeat. So, as VDARE.comâs James Kirkpatrick pointed out, was GOP Establishment sabotageâand Mooreâs lackadaisical approach to campaigning.

The exit polls show that black voters turned out in force and voted with exceptional solidarity. They went 96 percent for the Democrat. Black women went for him 98 percent.

Among whites the sex gap went the opposite way. White men went 72 percent for Roy Moore; white women only 63 percent.

Is this a Cat Lady phenomenon? Were white married women more likely to vote for Roy Moore? I canât tell you. The only exit polling Iâve seen breaks out black from white and parents from non-parents, but not the cross-products: white parents, black childless, etc. Asking about married or not married is probably obsolete, since a majority of blacks with children in the home, along with a swelling minority of whites, are unmarried.

We do see, though, that blacks, and especially black women, vote their skin. Theyâll vote for a black if one is available. If none is, they will vote for whichever candidate is perceived as more anti-white.

A small cohort of blacksâin my experience, around five percentâis ferociously hostile to whites and will go to great lengths to inconvenience or harm us.

I still think I got that about right. There are, though, degrees of antipathy less intense than ferocious hostility. Way more than five percent of American blacks just donât like whites, and will always vote for the blackest or most anti-white candidate, regardless of issues.

Put those blacks together with white gentry ethnomasochists and whites who were turned off by Roy Moore, and you get Tuesdayâs result.

Following the Alabama race, I found myself thinking, as I sometimes have in regard to our current President, that Iâd welcome a smaller gap in political skill and credibility between the singer and the song.

I am personally acquainted with many people who sing the song: the song, I mean, of patriotism, traditionalism, prudence, andâyes, here I get to deploy my neologismâdemographic conservatism. Every one of them is sober, thoughtful, polite, well-read, and well-informed.

Yet the only singers of that song, or anything close to it, on the national political stage this past few months have been Donald Trump and Roy Moore.

I supported both men, and would support them again, given the alternatives. But canât National Conservatism do better?

Meanwhile the question hangs in the air: âHow much of a one-off is this? Is it representative of anything, predictive of any big thing? Or not?â

Without trying hard I can make the case that itâs very representative of Western-world politics in our time.

Here I get to deploy my neologism again. âDemographic conservatismâ: just practice it, roll it around on your tongue a couple more times. Then consider the following features of the Alabama vote. Iâll allow they are implicit features of the vote: but implicit or explicit, the policy outcomes will be the same.

Which looks remarkably like the Brexit vote in the U.K. a year and a half ago.

All over the Western world todayâ in the U.S.A. and Britain, in Europe and Australiaâdemographic conservatism is more and more a thing.

Sooner or later, I hope and believe, it will bring forth politicians more skillful and more credible than Roy Moore.

Then there will be real change, change that immigration patriots can cheer on whole-heartedly. 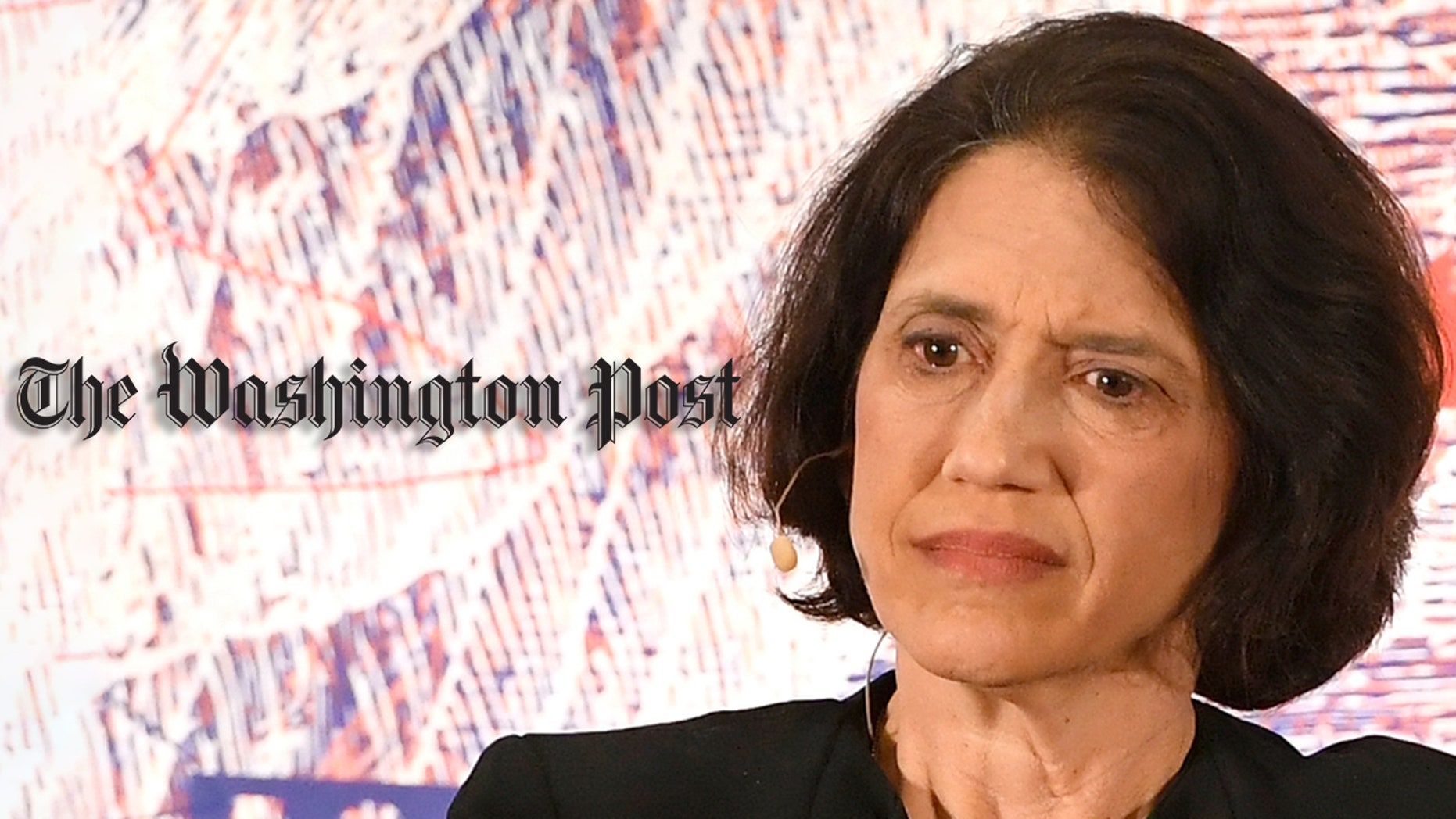 Diversity and the Death of Labor
Eric Striker
• 101 Comments • Reply
← âImmigration Has ConsequencesâSuicide, UnPersoning: the Pervnado as A... →
Hide 29 CommentsLeave a Comment
"Emerging âDemographic Conservatismâ Is the Real Lesson of Roy Moore"
• 29 Comments
Commenters to Ignore
Commenters to ignore (one per line)

← âImmigration Has ConsequencesâSuicide, UnPersoning: the Pervnado as A... →
Current Commenter
says:
Current Date at Time Now
Leave a Reply - Comments on articles more than two weeks old will be judged much more strictly on quality and tone
Cancel Reply
Commenting Disabled While in Translation Mode