It is interesting that the most colossally, tsunamically, head-explodingly stupid statement ever made on the subject of diversity was made by a military man. I refer of course to Army Chief of Staff Gen. George Casey telling George Stephanopoulos on live TV back in 2009 that: “What happened at Fort Hood was a tragedy, but I believe it would be an even greater tragedy if our diversity becomes a casualty here.” The enduring mystery remains: Why did not Gen. Casey, on all the evidence a decent man and a soldierly soldier, not do the honorable thing once he realized what he had said â viz. retire to his private chambers with a loaded revolver and a bottle of scotch?

It is hard to square the diversity ideology with reality in any part of our society, but perhaps it is nowhere harder than in the military. A civilian sufficiently irked by diversity can just move away from it. Military people don’t have that option.

Many things go to make an effective military unit: training of course, confidence in one’s leaders, assurance of supply â¦ One factor stand above the rest, though. To quote from Steven Pinker’s new book (p. 355): “Studies of military psychology have discovered that soldiers fight above all out of loyalty to their platoonmates.”

The logic of evolution, as well as our own instinct, tell us that this kind of loyalty comes most easily when the men of the platoon are all kin, or believe they are. The expression “band of brothers” did not come out of thin air. In the modern world few of us belong to a kinship group big enough to supply a platoonful of young males, so the kinship needs to be manufactured. Fortunately this is something we can do by enlisting other kinds of affinity to the purpose.

A notable example was the Pals Battalions of the WW1 British Army. The BBC history website explains:

With conscription politically unpalatable, [War Minister] Kitchener decided to raise a new army of volunteers â¦ The call to arms was augmented by the decision to form the units that became known as Pals Battalions. General Henry Rawlinson initially suggested that men would be more willing to join up if they could serve with people they already knew.

The affinity binding the Pals Battalions was mostly local. Battalions were formed from men of the same town or district. There were some variations, though.

Battalions such as the Hull Commercials shared an occupation; others, like the Glasgow Tramways Battalion, shared an employer; the Tyneside Irish had a common background â¦ In East Grinstead a sportsman’s battalion was raised, including two famous cricketers and the England lightweight boxing champion; London formed a footballers’ battalion and there were also units comprised of artists â¦

(Artists! John Harris, by the way, wrote an excellent, heart-breaking novel about the Pals Battalions.)

The Pals Battalions were massacred in the Battle of the Somme, after which conscription took over. That was a consequence of bad strategy, though, no fault of the Pals. Indeed, the courage and resolution with which they advanced in extended line into raking machine-gun fire testifies to their bonding, to the loyalty they felt for each other.

Probably that kind of bonding could, via the arts of military training, be created among any group of young males of any background, though I’d guess there would always be a few incorrigible misfits to be weeded out first. Following the remark I quoted above, Steven Pinker offers a quote from Marine-turned-author William Broyles:

The enduring emotion of war, when everything else has faded, is comradeship. A comrade in war is a man you can trust with anything, because you trust him with your life â¦ It isn’t a particularly selective process, but a love that needs no reasons, that transcends race and personality and education â¦

(Note in passing the title of Broyles’ book.)

The bonding comes much more easily when there are obvious and natural affinities, but I’d guess it can always be accomplished. Certainly there is a widespread desire to believe it can. Movie producers don’t get rich by showing us things we don’t want to see, and a lot of them have got very rich since WW2 showing us combat platoons made up of a preppie, a farm boy from the heartland, a hillbilly, and a multiethnic seasoning of slum kids â Irish, Italian, Puerto Rican.

The modern equivalent platoon would have to include a black, a Hispanic, a Muslim, an East Asian, an Indian (dot) and an Indian (feather), and a careful selection of non-Hispanic whites, perhaps differentiated by regional accent. At least one of them would have to be gay. (Transsexual? No, I don’t think we’ve got there yet. Oh wait â¦)

It is likely possible to bond a unit like that, if the larger social milieu is supportive of the right ideals. It is, though, way harder than with a Pals Battalion; harder than just with an ethnically homogenous population to draw from.

I put it to you, gentle reader, that our current social milieu is not supportive of the right ideals. I believe in fact that under our reigning ideology of “diversity” and the culture of grievance and ethnic favoritism that goes along with it, this bonding is not possible.

For sure there are some glaring instances in our present military culture when it plainly did not happen.

Exhibit A: The Fort Hood massacre.

Exhibit B: The Winchester Atrocity.

And here’s a possible Exhibit C: Pvt. Danny Chen of New York City. I’ll emphasize “possible” as we don’t yet know all the facts.

Pvt. Chen, age 19, died in Afghanistan October 3rd. Now, usually a military death is reported with cause of death, as here or here. Even when the cause of death is “non-hostile” there is as often as not some explanation given â “vehicle accident” the commonest.

More than a week after Pvt. Chen’s death, however, the circumstances of that death are unclear. Latest reports suggest suicide, although:

Family spokesman Frank Gee said the couple were also told by Army investigators that their only child had been subjected to taunting and violence at the hands of the soldiers with whom he served.

“Before he died he was harassed, and he was dragged out of the bed and actually beaten,” Mr. Gee said. “The Army volunteered that information to the family.”

Whatever happened there, it sure doesn’t sound like comradely bonding.

So here’s the question. Is the “diversity” ideology a positive thing in our armed forces, as Gen. Casey claimed? Or is it, as everywhere else in our society, a divisive and destructive force â sowing rancor and discord, stifling trust, generating lawsuits, and making impossible what was once possible? 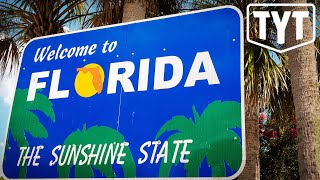