Things ainât so bad, Gregg Easterbrook tells his fellow Progressives via the New York Times. His inference: so our southern border can be left wide openâthe way Progressives like it. Bunk.

Most American social indicators have been positive at least for years, in many cases for decades. The country is, on the whole, in the best shape itâs ever been in.

The upsides: unemploymentâs low, the military is strong, the middle class is doing OK. Easterbrook even says that our manufacturing industry is holding up wellâitâs just that

And then, of course, thereâs Easterbrookâs obligatory anti-Trump snicker:

The lack of optimism in contemporary liberal and centrist thinking opens the door to Trump-style demagogy, since if the country really is going to hell, we do indeed need walls.

âWallsâ? A lot of us non-Progressives know that demography is destiny: that the social, cultural, political, and economic character of a country bears a strong relation to what kind of people live there. We thought that the U.S.A. was a rather nice country before t he demographic transformation brought about by mass Third-World immigration post-1965. We think that, if that demographic transformation continues, our country will become less nice, more like the Third World.

The question of who gets to live in America is a big issue, a colossally huge issue, that will determine the shape of American society as our children and grandchildren will know it. Instead of squabbling over urinals, we should be talking about this nonstop, 24/7.

Yet in fact it is very nearly a taboo topic. People who do try to talk about itâpeople like us here at VDARE.comâare sneered at, jeered at, and excluded from the Public Square. It would hardly have gotten a mention in this yearâs election campaign if Donald J. Trump hadnât brought it up.

Letâs take a look at the actual Third World, at the kinds of countries weâre taking mass immigration from. Kenya, for exampleâa not untypical black African countryâindeed, one of the better ones on social and economic indices.

One of the hazards of living in Kenya is that the building youâre living in might fall down on your head. It happens a lot.

It happened rather dramatically on the night of Friday, April 29th, in the Nairobi suburb of Hurumaâwhere, by the way, Barack Obamaâs youngest half-brother,George Hussein Onyango Obama, was living when Vanity Fair magazine tracked him down in 2008. a six-story building collapsed after heavy rainfall. The last number I have for the death toll is 51:

More than 30 buildings have collapsed in the last 10 years in different parts of Kenya, killing and injuring people.

An audit of the safety of buildings in Nairobi, conducted last year by the National Construction Authority, showed that only 42 percent of the buildings were found to be safe to live in..

The collapse of the building [i.e. the one in Huruma] is a reflection of a society that is collapsing bit by bit, day by day. ..

Warungu goes on to describe a culture of unbridled corruption throughout Kenyaâs government, police, military, and schools.

Hereâs another snapshot of life in the Third World, from Venezuelaâbiggish country at the top of South America, thirty million people, majority mestizo, i.e. mixed white and indigenous.

The leader of Venezuela through most of this century wa s socialist Hugo ChÃ¡vez, a sort of mestizo Bernie Sanders. ChÃ¡vez died three years ago from cancerânone too soon, as the country was already a mess and has gotten worse since.

Venezuela has the usual South American problems and another one besides: Resource Curse.

Resource Curse is when you have some valuable resource you can pull out of the ground and sell to foreigners, without the government having to develop any other sources of revenue. In Venezuelaâs case the resource is oil. The Venezuelan economy has no other significant sectors; if youâre not working in the oil fields or a government job, youâre probably unemployed.

With the oil price collapse of recent years, things in Venezuela have gotten really dire:

RamÃ³n Muchacho, Mayor of Chacao in Caracas, said the streets of the capital of Venezuela are filled with people killing animals for food â¦ Muchacho reported that in Venezuela, it is a âpainful realityâ that people âhunt cats, dogs and pigeonsâ to ease their hunger â¦ The crisis in Venezuela is worsening every day â¦ This to go along with the worldâs highest level of inflation.

The populationâs desperation has begun to show, with looting and robberies for food increasing all the time. This Sunday, May 1, six Venezuelan military officials were arrested for stealing goats to ease their hunger, as there was no food at the Fort Manaure military base.

Inflation in Venezuela is heading for 720 percent this year, according to the IMF. The per capita homicide rate is 2nd in the world, right behind Honduras. On May 6th the leader of the main opposition party was shot in the head. [Venezuelan Politician GermÃ¡n Mavare Killed Amid High Political Tensions, By Tom McKay, Mic.com, May 14, 2016 ]

Thatâs life in the Third World for you.

Barack Obama and Gregg Easterbrook have a solution: Let these unfortunate people come here, to the First World. Our borders are open to them! Their lives will be so much better!

And what about our lives?

Resource Curse? Norway has oil tooâaccounting for 39 percent of its exports. The inflation rate in Norway is two percent, and living standards are among the highest in the world.

My colleague JayMan over at the Unz Review has argued that there are just two prior conditions you need for a country in the present age to be successfulâthat is, politically stable, with a high degree of liberty and decent, widespread prosperity:

JayMan, whoâs worked the numbers, says this hypothesis stands up to empirical verification.

I gave it a trial run using the Money Project website. It recently ran a page Visualizing the Most Miserable Countries in the World, working from the Cato Instituteâs Misery Index, which calculates how miserable a countries is based on four measures: unemployment, inflation, interest rates, and real GDP change.

Here are Money Projectâs ten most miserable countries, listed from bottom to topâleast to most miserable. But Iâve added mean national IQ, working here from Lynn and Meisenbergâs 2010 figures. (They had an âXâ for Jamaica, Lynn having declared it a lot of trouble to get good numbers for Jamaica. But Jason Malloy, using better data three years ago, came up with 80 for Jamaica.) [ HVGIQ: Jamaica, HumanVarieties.org, March 1, 2013]

YepâVenezuelaâs as miserable as it gets.

So you have a spread there from 72 to 97, the 97 being Russia, with Ukraine at 95 more or less tied. Iâd say thatâs a fair confirmation of the first half of JayManâs thesis, although with question marks over Russia and Ukraine.

How about the other half? How do you measure social trust?

Well, bearing in mind the researches of Professor Putnam, as described in Chapter Two of my book We Are Doomed, a good proxy for social trust would be ethnic homogeneity.

Putnam, you may remember, after a massive multi-year survey of social capital in the U.S.A., found that not only is âout-group trustâ lower in places with lots of diversityâthatâs how much you trust people who are different from yourselfâbut so, rather surprisingly, is âin-group trust,â how much you 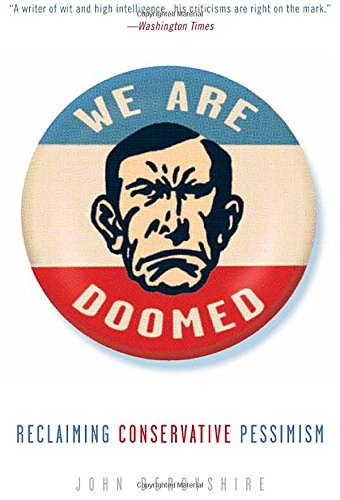 trust people likeyourself. From We Are Doomed:

So what can we say about ethnic diversity in Serbia, Jamaica, Palestine, Iran, Russia, South Africa, Argentina, Brazil, Ukraine, and Venezuela? Looking them up on CIA World Factbook and a couple of other sites, and working just from the size of the majority ethnic group, I only got Iran, Brazil, and Venezuela as really diverse. Iranâs 61 percent Persian, Brazilâs 48 percent white, Venezuelaâs 52 percent mestizo. The others arenât particularly diverse. In fact, with a mean national IQ of 93 and being 97 percent white, Argentina ought to be doing better than it is.

I guess a lot of things can destroy social trust, though, not just diversity. Seventy-five years of communism will do it, Iâm sure, as illustrated by Russia and Ukraine.

I canât say that this little exercise dispositively proves JayManâs hypothesis. But it sure doesnât dis-prove it either. All ten of those most-miserable countries have mean national IQ in two digits; and the list itself is purely based on four economic indicators.

But this kind of thing gives food for thought.

And in a world in thrall to various kinds of political fantasy, there can never be enough quantitative social scienceâeven at the amateur back-of-the-envelope level I just carried out.

The moral for immigration policy: why take the risk?

An Open Letter to the "Alt-Right" and Others
Ron Unz
• 2,034 Comments • Reply
← Vladimir Bukovskyâs Hunger StrikeâA...Vermontâs $350 Million EB-5 Visa Fraud →
Hide 94 CommentsLeave a Comment
"Demography Is DestinyâSo Why Do Gregg Easterbrook (And Barack Obama) Want America to Take the Third World Risk?"
• 94 Comments
Commenters to Ignore
Commenters to ignore (one per line)