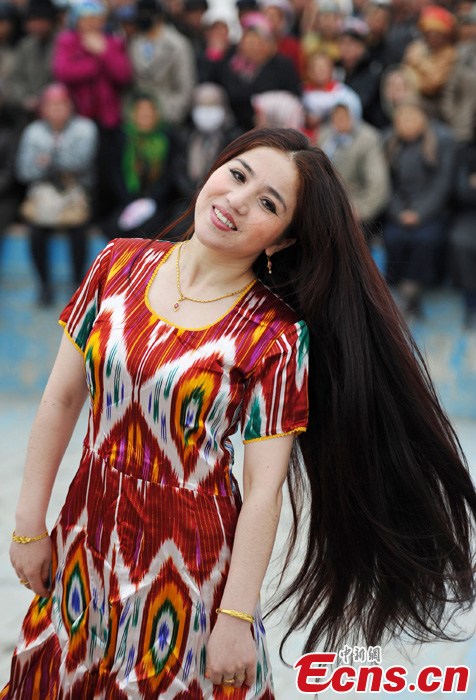 U.S. authorities seize weaves suspected to be made of hair taken from people locked in Chinese internment camps
PUBLISHED THU, JUL 2 202012:34 AM
The Associated Press

Federal authorities in New York on Wednesday seized a shipment of weaves and other beauty accessories suspected to be made out of human hair taken from people locked inside a Chinese internment camp.

U.S. Customs and Border Protection officials told The Associated Press that 13 tons (11.8 metric tonnes) of hair products worth an estimated $800,000 were in the shipment….

Rushan Abbas, a Uighur American activist whose sister, a medical doctor, went missing in China almost two years ago and is believed to be locked in a detention camp, said women who use hair weaves should think about who might be making them.

âThis is so heartbreaking for us,â she said. âI want people to think about the slavery people are experiencing today. My sister is sitting somewhere being forced to make what, hair pieces?â

… I & Iâs weaves are sold under the Innocence brand to salons and individuals around the U.S.

Both of the exporters are in Chinaâs far west Xinjiang region, where, over the past four years, the government has detained an estimated 1 million or more ethnic Turkic minorities.

The ethnic minorities are held in internment camps and prisons where they are subjected to ideological discipline, forced to denounce their religion and language and physically abused. China has long suspected the Uighurs, who are mostly Muslim, of harboring separatist tendencies because of their distinct culture, language and religion.

… It was unclear whether the factory was part of a detention center, but former detainees in other parts of Xinjiang have described being shuttled to work in fenced, guarded compounds during the day and taken back to internment camps at night.

This is all very sad.

But still … We need our weaves. I donât wear it. But we need it.

http://balidreadlocks-studio.com/wp-content/uploads/2018/09/BD3.jpegReplies: @Lot
• Replies: @Lot
@ChrisnonymousImpressive trick, I can smell the weed and BO through my computer screen.
← The Blessings of Diversity: Minnesota F...Epstein Pal Ghislaine Maxwell Finally A... →