The emergence of Europe as the world’s dominant civilization is easy to explain from roughly 1492 onward: European ships were showing up all over the world, trading, conquering, and spreading Eurasian diseases, building the wealth of Europe and depleting that of the rest of the world.

But, much of the non-European world entered a sort of cultural recession well before Europeans directly interfered with them. If you look at, say, Charles Murray’s 2003 book Human Achievement, several major non-European civilizations appear to have lost momentum in making progress in the arts and sciences over roughly the time period of 1000 or maybe 1250 to 1500.

Much of the world seemed to be becoming more reactionary and less interested in new ideas just as the Europeans were getting themselves in gear. (The Japanese are an outlier in that like Western Europe, although at a slower pace, they continued to develop new things.) 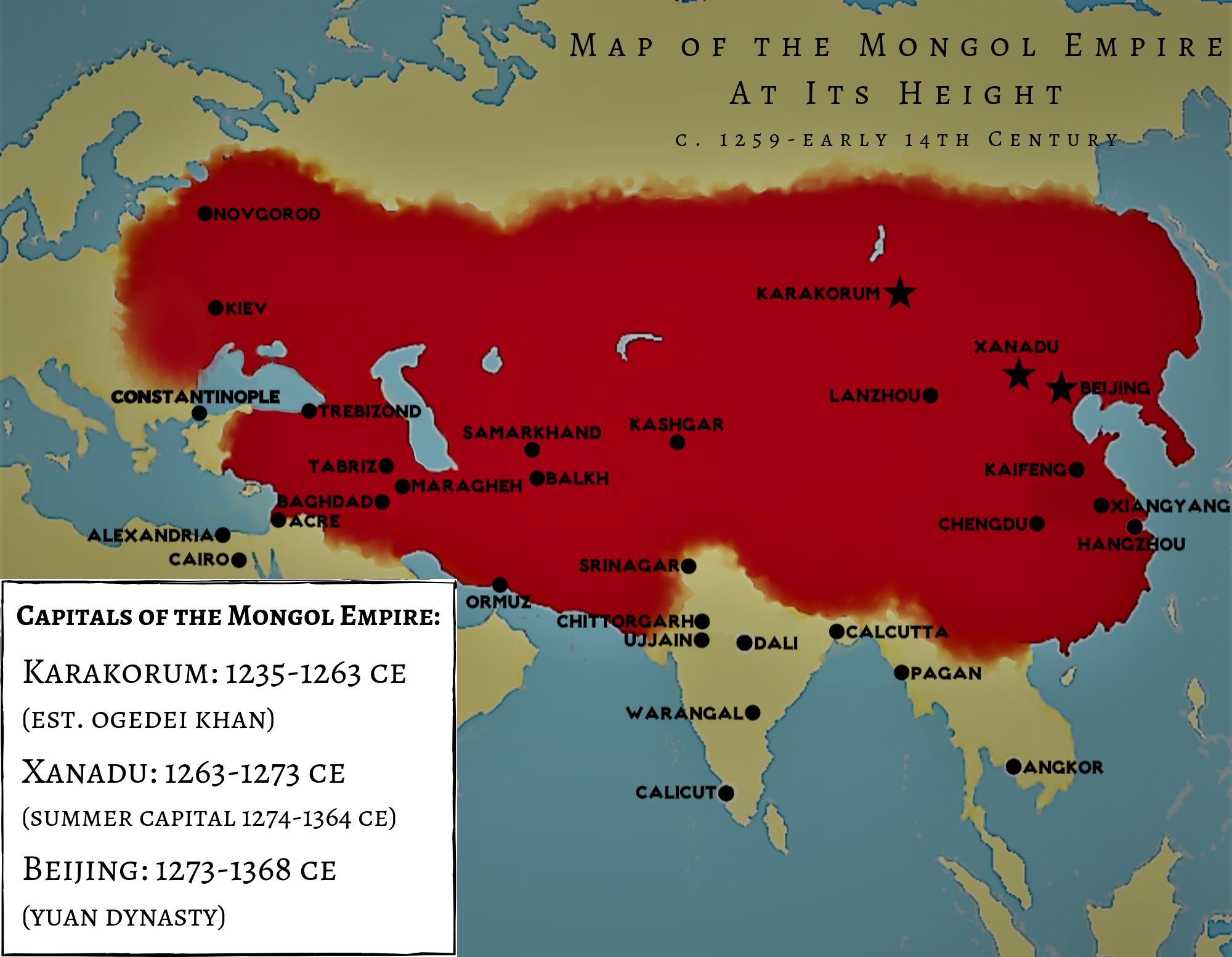 Maybe the Mongols caused places they’d invaded to get more reactionary? Russia, Islam, China, and India all seemed to lose momentum at inventing new stuff after they got out from under the Mongols or subsequent Asian nomad invaders.

Two things happened: The Mongol conquests tended to be worst for cities where literate people were concentrated. The Mongols tended to leave peasants alone, but could do terrible things to city dwellers who didn’t surrender. The Mongols couldn’t hang on to Poland, for instance, but in their incursions they killed a lot of the Polish urban bourgeoisie, apparently leading surviving Polish nobles to invite in Rhineland Jews to do the jobs that literate and numerate Poles used to do.

Another thing about the Mongols is that once they’d won, they tended to rapidly settle down to intelligent exploitation of their conquests, encouraging trade, bringing in clever outsiders to rule their new domains, and spreading inventions and ideas around. In power, the Mongols tended to be globalist modernizers (with the usual globalist problems like vast international pandemics, such as the Black Death).

After the Mongols were thrown out of power, which took 200 years in Russia, for instance, modernization tended to be in bad odor among the national elites who’d regained control of their countries.

The Chinese, for instance, became increasingly xenophobic under the Ming, in part as a reaction to the Mongols, who had been both foreign conquerors and xenophilic pragmatists (e.g., encouraging trade and putting foreigners like Marco Polo in charge of ruling Chinese provinces for them).

So, the Mongols were good for, say, the Italians because they never got within 500 miles of Italy, but then for a few decades the Mongols encouraged trade across Eurasia, letting Chinese inventions like paper, compass, and gunpowder get to Western Europe. Similarly, the Japanese, who had also avoided the Mongol Yoke, didn’t get averse to modernization?