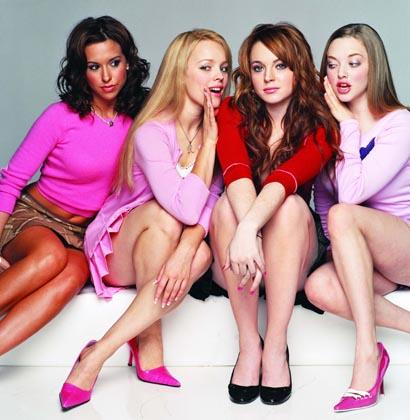 A month before the Yale Halloween meltdown, I had a bizarre and illuminating experience at an elite private high school on the West Coast. Iâll call it Centerville High.

One possibility for the school Haidt is talking about is Lakeside School in Seattle, which Bill Gates and Paul Allen attended. Haidt gave a talk there on October 21.

I gave a version of a talk that you can see here, on Coddle U. vs. Strengthen U. …

But then the discussion began, and it was the most unremittingly hostile questioning Iâve ever had. I donât mind when people ask hard or critical questions, but I was surprised that I had misread the audience so thoroughly. My talk had little to do with gender, but the second question was âSo you think rape is OK?â Like most of the questions, it was backed up by a sea of finger snaps â the sort you can hear in the infamous Yale video, where a student screams at Prof. Christakis to âbe quietâ and tells him that he is âdisgusting.â I had never heard the snapping before. When it happens in a large auditorium it is disconcerting. It makes you feel that you are facing an angry and unified mob â a feeling I have never had in 25 years of teaching and public speaking.

After the first dozen questions I noticed that not a single questioner was male. I began to search the sea of hands asking to be called on and I did find one boy, who asked a question that indicated that he too was critical of my talk. But other than him, the 200 or so boys in the audience sat silently.

After the Q&A, I got a half-standing ovation: almost all of the boys in the room stood up to cheer. And after the crowd broke up, a line of boys came up to me to thank me and shake my hand. Not a single girl came up to me afterward.

After my main lecture, the next session involved 60 students who had signed up for further discussion with me. We moved to a large classroom. The last thing I wanted to do was to continue the same fruitless arguing for another 75 minutes, so I decided to take control of the session and reframe the discussion. Here is what happened next:

One of Haidt’s most illuminating techniques is simply to ask his audience to answer his questions by raising their hands. [Update: working link.]

Me: What kind of intellectual climate do you want here at Centerville? Would you rather have option A: a school where people with views you find offensive keep their mouths shut, or B: a school where everyone feels that they can speak up in class discussions?

Audience: All hands go up for B.

Me: OK, letâs see if you have that. When there is a class discussion about gender issues, do you feel free to speak up and say what you are thinking? Or do you feel that you are walking on eggshells and you must heavily censor yourself? Just the girls in the class, raise your hand if you feel you can speak up? [about 70% said they feel free, vs about 10% who said eggshells ]. Now just the boys? [about 80% said eggshells, nobody said they feel free].

Me: Now letâs try it for race. When a topic related to race comes up in class, do you feel free to speak up and say what you are thinking, or do you feel that you are walking on eggshells and you must heavily censor yourself? Just the non-white students? [the group was around 30% non-white, mostly South and East Asians, and some African Americans. A majority said they felt free to speak, although a large minority said eggshells] Now just the white students? [A large majority said eggshells]

Me: Now lets try it for politics. How many of you would say you are on the right politically, or that you are conservative or Republican? [6 hands went up, out of 60 students]. Just you folks, when politically charged topics come up, can you speak freely? [Only one hand went up, but that student clarified that everyone gets mad at him when he speaks up, but he does it anyway. The other 5 said eggshells.] How many of you are on the left, liberal, or democrat? [Most hands go up] Can you speak freely, or is it eggshells? [Almost all said they can speak freely.]

Me: So let me get this straight. You were unanimous in saying that you want your school to be a place where people feel free to speak up, even if you strongly dislike their views. But you donât have such a school. In fact, you have exactly the sort of âtoleranceâ that Herbert Marcuse advocated [which I had discussed in my lecture, and which you can read about here]. You have a school in which only people in the preferred groups get to speak, and everyone else is afraid.

What are you going to do about this? Letâs talk.

After that, the conversation was extremely civil and constructive. The boys took part just as much as the girls. We talked about what Centerville could do to improve its climate, and I said that the most important single step would be to make viewpoint diversity a priority.

On the entire faculty, there was not a single teacher that was known to be conservative or Republican. So if these teenagers are coming into political consciousness inside of a âmoral matrixâ that is uniformly leftist, there will always be anger directed at those who disrupt that consensus.

That night, after I gave a different talk to an adult audience, there was a reception at which I spoke with some of the parents. Several came up to me to tell me that their sons had told them about the dayâs events. The boys finally had a way to express and explain their feelings of discouragement. Their parents were angry to learn about how their sons were being treated andâ¦ thereâs no other word for it, bullied into submission by the girls.*

Tina Fey’s movie Mean Girls with Lindsey Lohan makes the point that girls have always been extremely adept on average at nonviolent bullying: girls tend to be quick and sharp at interpersonal thinking with a talent for knowing precisely where to slip in the psychological stiletto.

Of course, most of that talent has been deployed over the millennia against their rivals in the sexual marketplace, other females (although little brothers and henpecked husbands have been victims too). But now our society encourages girls, at the point where their social skills are most advanced relative to boys of the same age, to use their Mean Girls techniques to bully and silence boys in the name of Fighting Patriarchy.

It would be interesting to study how big a price females pay down the road in lack of romantic satisfaction due to being encouraged to psychologically emasculate the boys around them. Like I’ve been saying for a long time, there’ll be no final victor in the War Between the Sexes.

Obviously, this strategy likely pays off for the handful of lesbians looking for more feminine girls.

But does it really make the female majority happier in the long run?

Recently from Author
← Beard Dye: Just for MuslimsGuess Which Name Isn't Mentioned in Thi... →
Hide 370 CommentsLeave a Comment
"When Society Encourages Mean Girls to Bully Boys"
• 370 Comments
Commenters to Ignore
Commenters to ignore (one per line)