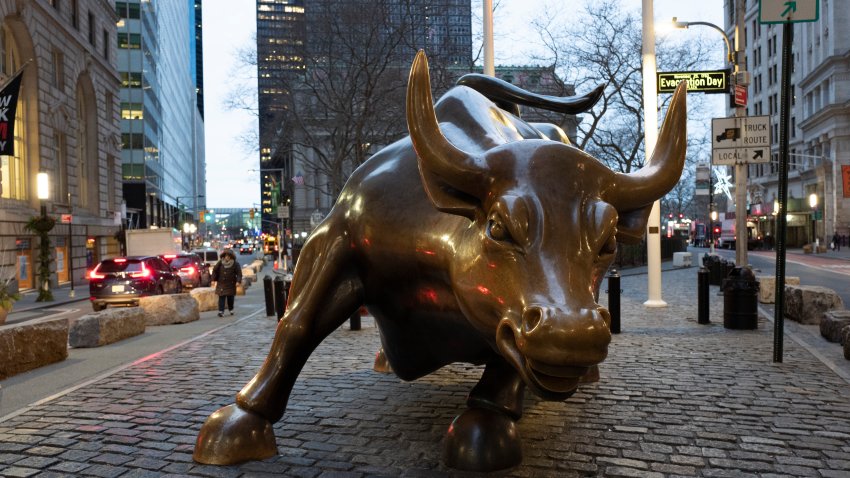 Remarkably, the famous Wall Street charging bull sculpture wasn’t commissioned, but was an act of street art perpetrated in 1989 by Brooklyn sculptor Arturo Di Modica and 40 friends in five minutes while the cops were away. (It’s almost as if Brooklyn artistes depend upon the prosperity of Wall Street chads for their livings.) Since then, Asian tourists have rubbed the bull’s testicles to a high sheen in hopes of financial luck.

In contrast, the celebrated “Fearless Girl” statue facing the bull was commissioned as an advertising project by a Wall Street firm that manages $3.5 trillion. From Wikipedia:

Fearless Girl is a bronze sculpture by Kristen Visbal, commissioned by State Street Global Advisors (SSGA), a large asset management company. The statue was installed on March 7, 2017, in anticipation of International Women’s Day the following day. It depicts a girl four feet high, promoting female empowerment.[2] It is located across from the New York Stock Exchange Building in the Financial District of Manhattan in New York City.

Fearless Girl was commissioned to advertise for an index fund that comprises gender-diverse companies that have a relatively high percentage of women among their senior leadership. A plaque originally placed below the statue stated: “Know the power of women in leadership. SHE makes a difference,” with “SHE” being both a descriptive pronoun and the fund’s NASDAQ ticker symbol.

The statue was first installed at the northern tip of Bowling Green on Broadway,[3] facing down the Charging Bull statue