Karen: The anti-vaxxer soccer mom with speak-to-the-manager hair, explained
How the name âKarenâ became an insult â and a meme.

If your name is Karen, Becky, or Chad, you may have noticed a growing trend of people using your name as an insult. Increasingly, âKarenâ in particular has emerged as the frontrunner for the average âbasic white person nameâ â a pejorative catchall label for a wide range of behaviors thought to have connections to white privilege.

Where a similar insult like âOK Boomerâ stereotypes a specific generation, calling someone a âKarenâ draws on associations people have built around extremely common names. But the stereotype the name conjures â at least in the US â is limited mainly to white women in their mid-30s or 40s. The archetypal âKarenâ is blonde, has multiple young kids, and is usually an anti-vaxxer. Karen has a âcan I speak to the managerâ haircut and a controlling, superior attitude to go along with it:

“Itâs a little bit of a commentary on white privilege, perhaps.â …

âKarenâ isnât alone in receiving this treatment. Weâve increasingly seen a lot of âbasic white namesâ â commonly associated, rightly or wrongly, with Middle American white Protestants â being used in mocking memes that portray them as archetypes rather than individuals. …

This trend might have also gotten a boost from social media, according to Dr. I.M. Nick, a nomenclature scholar and former president of the American Name Society.

Okay, well, it turns out that there really is a Dr. I.M. Nick who really is an expert on names. She has recently published a book about names and Hitler.

Oxford Karen told me sheâd seen the meme applied to other names like âSusanâ and âZachââ what she describes as âbasic white people names.â …

âFrom a scientific point of view, there is nothing intrinsic about a personal name that makes it âblackâ or âwhite,ââ Dr. Nick told me in an email. âWhat I think is brilliant about the Key & Peele sketch is that it underscores the fact that personal names are often used to help create and reinforce discriminatory and injurious power differentials within societies.â

In other words, names have always played a key role in reinforcing existing societal rules, including power imbalances. The âKarenâ meme, in fact, is part of a long tradition â and a pejorative one at that.

Cleve Evans is a professor at Bellevue University in Nebraska who studies onomastics â the history and etymology of proper names. âThere are myriad examples of words derived from names,â he told me in an email, including as racial or ethnic slurs. Names like âPaddyâ and âMickâ functioned as anti-Irish slurs in the 19th century, while âGuidoâ was a common slur for Italians.

Evans said the takeaway wasnât that âKarenâ is an insult now, but rather that names have always been fodder for this kind of use. âThey are just another linguistic item thatâs possible to be associated with a particular group because of the perception that itâs common among that group,â he said.

It’s almost as if it’s fashionable to racistly insult whites for being white these days.

Isnât this all really sexist?

Sexist is still bad. Racist, it goes without saying, is good, as long as it’s anti-white racism.

The current use of the âKarenâ meme is almost always to call out the perceived entitlement and rude behavior of white women. But itâs easy to see each of these variants coming back to bite real Karens â and many people think the âKarenâ meme itself is just a form of blanket misogyny. …

And sure enough, Karen Han, who writes for Vox sister site Polygon, told me that âsometimes people on Twitter do assume Iâm white and respond to tweets that they disagree with that âKarenâ meme.â …

âItâs definitely annoying to see, as a Karen who doesnât think of herself as that kind of âcan I speak to the managerâ attitude nor haircut (and also given that itâs usually defaulted to a middle-aged white woman),â Han said. …

Itâs tempting to ask what a Karen â or a Chad, Stacey, Susan, Becky, or Kyle â can do to ward off this memetic derision; if, for example, there are ways you can work around or minimize the fallout related to your Basic White Person name. But Dr. Nick told me she felt that question was missing the point. âAs a society, we often expect people to somehow modify their behavior to avoid becoming a victim,â she said. The better course, she proposed, would be to âwork against the source of the name discrimination and protect those who are harmed by it.â

In this case, because the âKarenâ meme doubles as a callout method to highlight white privilege, working against the source of the meme also means not only dismantling systems of privilege but becoming more of your individual entitlement.

Recently from Author
← The Present of the American Wokeplace C...Democrats in New Hampshire →
Hide 196 CommentsLeave a Comment
"Vox: Here's a Cool New Racist Way to Demean White Women: Call Them Karens!"
• 196 Comments
Commenters to Ignore
Commenters to ignore (one per line)

← The Present of the American Wokeplace C...Democrats in New Hampshire →
Current Commenter
says:
Current Date at Time Now
Leave a Reply - Comments are moderated by iSteve, at whim.
Cancel Reply 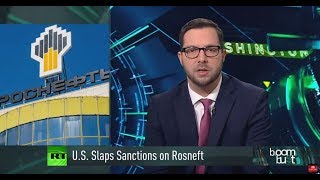