One of the weirder developments of this decade has been the rapid adaptation in the U.S. of a view previously relegated mostly to some Asian Islamic countries, such as Iran and Malaysia, that male homosexuals are, basically, defective women who should be encouraged by society to transition to a less defective version of womanhood using dresses, chemicals, surgery, and a vast social conspiracy not to notice that they aren’t really women.

(Similarly, lesbians are now seen as defective men who should be placed on testosterone injections and mutilated.)

If you looked closely in, say, 1980, GQ’s articles on what men should wear this year tended to be fussier and gayer than Playboy’s articles on the same topic, but the differences weren’t stark.

Hence this hilarious Letter From the Editor of Gentleman’s Quarterly:

Back in September of last year, when I found out that I would be the editor in chief of GQ, most people said stuff like âAmazing!â and âCongrats!â But one particularly perceptive friend reacted in a way that I’ll never forget. âYikes,â she said. âHell of a time to be in charge of a men’s magazine.â

It was a hard-core thing to sayâwhich is exactly what real friends are for. She was right, of course. It was and is a precarious moment. Our society had been wearing blinders that shielded a pervasive culture of sexual intimidation and violence and blatant gender inequality. But some exceedingly brave peopleâmany of whom were the victims of that unequal, violent, and discriminatory culture itselfâwere in the process of showing everyone the plain truth.

So the essential question that the team and I have been confronting during our first year in this new era at GQ is: How do you make a so-called men’s magazine in the thick of what has justifiably become the Shut Up and Listen moment?

It’s an awesome, exciting, long-overdue challenge. And we see every day at GQ as an opportunity to answer that question.

One way we’ve addressed it is by making a magazine that isn’t really trying to be exclusively for or about men at all. In fact, for many years now, one of the key principles at GQ is that if we tell stories that excite our own smart, voracious, politically and socially engaged team, we will connect with a smart, engaged, diverse, and gender-nonspecific audience. Which means GQ isn’t targeting a conventional demographic at all; we’re just doing our own specific GQ thing our own specific GQ wayâand we trust that all kinds of people will relate and engage.

This even applies to how we approach the seemingly very gendered topic of men’s fashion. What we’ve been trying to do with our fashion storytelling this year is position it in a way that makes it exciting and relevant to anyone with an interest in menswear culture, rather than creating a guide that applies only to people who wear men’s clothes. It’s a subtle but important shift.

The other approach is our practice of thinking of GQ not as a singular voice but as a community platformâa pulpit that can be widely and freely shared.

Both of these ways of thinking culminate with the issue you are now holding, the New Masculinity Issue, which we have been working on in various stages since January.

The centerpiece of the issue is an extended package, captained by the journalist Nora Caplan-Bricker, called âVoices of the New Masculinity.â In it we hear directly from people who are actively engaging with the complex and shape-shifting inquiry around what masculinity means today. You’ll hear from an activist who is figuring out how to speak to closed-minded men about topics like sexual discrimination in the workplace (Tarana Burke). From a gender-nonbinary actor who is simultaneously advocating for greater inclusivity in Hollywood and acknowledging their own privilege (Asia Kate Dillon). From two very different comedians who are both mining this moment for poignant, provocative laughs (Jaboukie Young-White and Hannah Gadsby). From an anthropologist who is debunking the idea that testosterone determines male behavior (Katrina Karkazis), and an NBA player who is publicly divulging his personal struggles with depression and anxiety in a league that has traditionally favored the invulnerable (Kevin Love). And there are many others.

… In other words, you have to have empathy for yourself. And then you can turn that hard-won superpower outward and do unto others as you would have them do unto you.

It might seem counterintuitive that the people we need to learn to love first and foremost are ourselves, but I believe it’s true. Toxicity simply cannot thrive in the golden presence of genuine self-love.

With that, I’ll pass the mic. Time, once again, to listen.

Will Welch is GQ’s editor-in-chief. 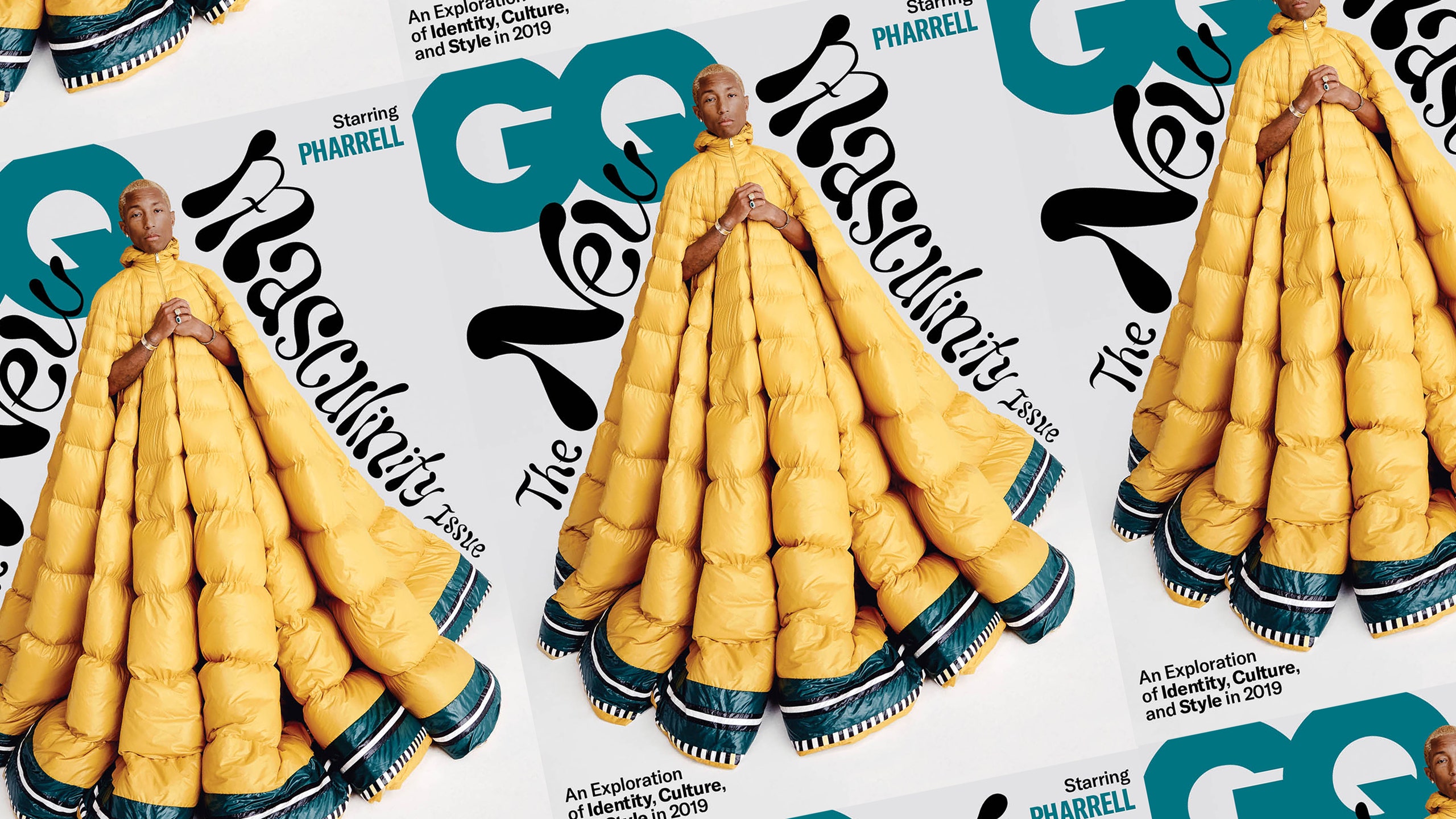 They are particularly proud of this picture of the male singer Pharrell dressed as if the Queen of the Planet of the Amazon Women were a homeless person who wore a sleeping bag all day.

Recently from Author
← "Pattern Recognition Is Another Name fo...The Old Conventional Wisdom and the New →
Hide 234 CommentsLeave a Comment
"The Woke War on Homosexuals"
• 234 Comments
Commenters to Ignore
Commenters to ignore (one per line)

Save ListCancel
Endorsed Only
Trim Comments?
• Replies: @anonymous
@Counterinsurgencyin high school, I was crowned (those were wittier days) as
not "most likely to succeed"
and certainly not as "homecoming king"
or "Mr Congeniality"

That was a long time ago, and I have been kind over the years, and LITERALLY DOZENS OF WOMEN HAVE THROWN THEMSELVES AT ME
well, at least 20, if that is not dozens, sorry dude, I am not a math major ....

and I have to say

you know whereof you speak
, @Alden
@CounterinsurgencyCanât you find a blog for unhappy divorced men or something? UNZ is turning into a Lifetime channel for men.
← "Pattern Recognition Is Another Name fo...The Old Conventional Wisdom and the New →