In âThe People vs. Democracy,â Trump Is Just One Populist Among Many
Books of The Times

The title of Yascha Mounkâs new book, âThe People vs. Democracy,â makes clever use of what looks like a glaring oxymoron: After all, what is democracy if not rule by the people? When democracy is under siege, the belligerents are supposed to be dictators, oligarchs and autocrats; the people are supposed to be the guardians (if all goes well), or else the victims (if it doesnât).

But thatâs just the delusions of liberal democracy talking. Mounk, who lectures on political theory at Harvard and builds on the important work of scholars like Jan-Werner MÃ¼ller and Cas Mudde, shows how populist insurgencies can undermine democracy â in the long run, that is.

At first, populist movements often present themselves as deeply, even radically, democratic. The 2016 Brexit referendum is a case in point. Inviting citizens to vote on such an enormous policy change was a simple enactment of direct democracy. Those who voted for Britain to leave the European Union declared they were wresting autonomy away from the bureaucratic clutches of an unresponsive, Brussels-based elite. A characteristic slogan of the pro-Brexit campaign was âTake Back Control.â

Much of this rhetoric baldly exploited anti-immigrant bigotry â a classic tactic in the populist playbook.

The link in the NYT leads to an article about the UKIP poster featuring a photograph of Merkel’s Marching Million: 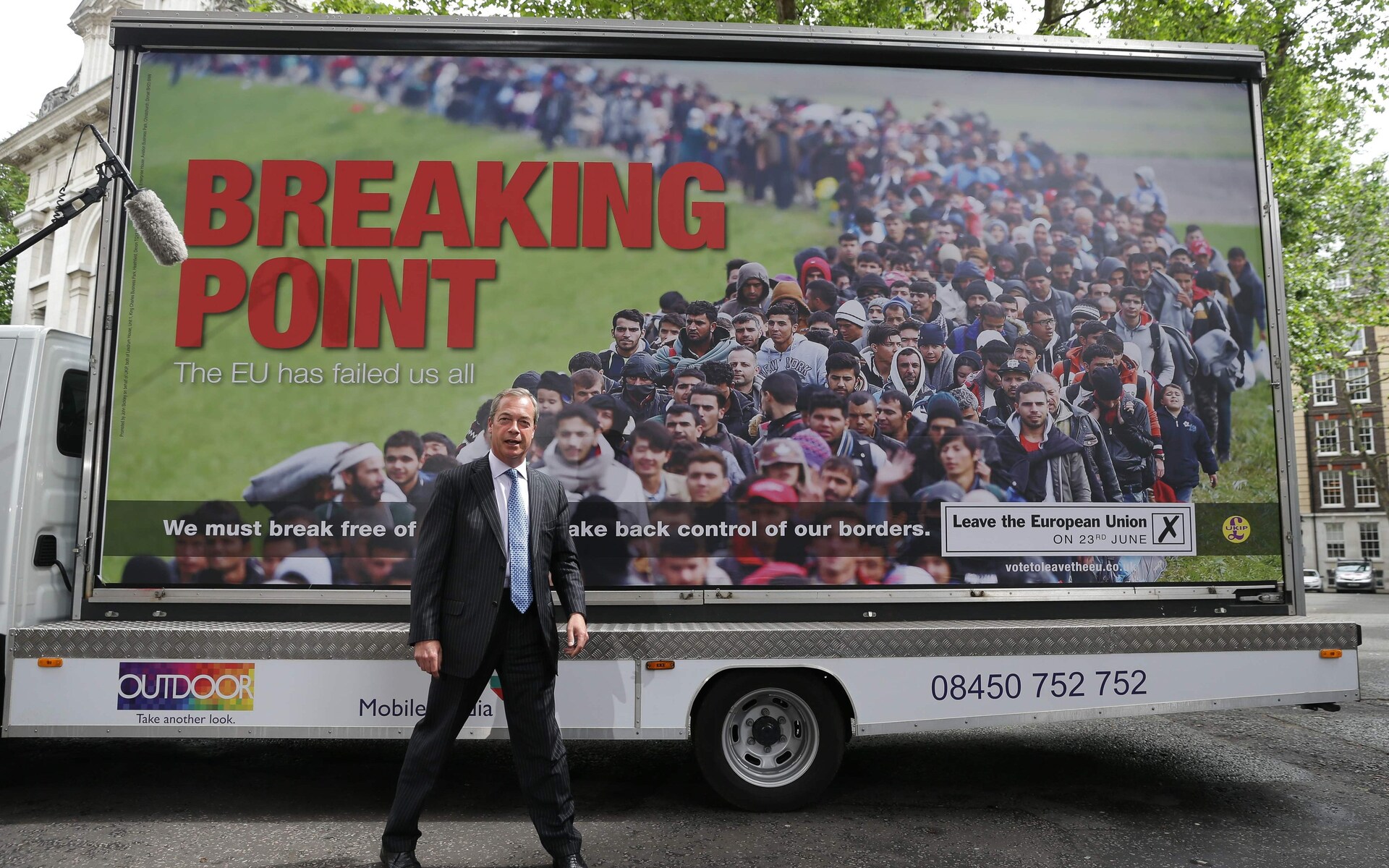 For all that populists purport to champion the will of the people, their definition of the people is often restrictive and âdeeply illiberal,â Mounk writes, if not downright exclusionary.

For example, populists have the idea that the German Chancellor’s whim should not necessarily determine who gets to be the people of your country. But what could be more illiberal and restrictive than displaying a photograph of the result of the Chancellor’s brainstorm? It’s downright exclusionary to let the current people of a country vote to not let in all the potential millions who might want to move there and vote.

Why should the billions who live in other countries be denied a vote in your country just because they haven’t arrived yet? It’s like the downright exclusionary way that JP Morgan Chase excludes me from receivings dividend on their stock just because I don’t own any — even though I might get some in the future. So where’s my check?

The fundamental problem today is that the anti-populists have become such extremist radicals on immigration policy.

He is now a Lecturer on Government at Harvard University, a Senior Fellow in the Political Reform Program at New America, and Executive Director at the Tony Blair Institute for Global Change.

Do you think George W. Bush kicks himself that he let Tony beat him to that name? If he’d just been a little quicker there could be a George W. Bush Institute for Global Change.

Recently from Author
← DNA Barbarians at the GatesNYT: Everything That Ever Existed Is Ab... →
Hide 230 CommentsLeave a Comment
""The People vs. Democracy""
• 230 Comments
Commenters to Ignore
Commenters to ignore (one per line)

Save ListCancel
Endorsed Only
Trim Comments?
← DNA Barbarians at the GatesNYT: Everything That Ever Existed Is Ab... →