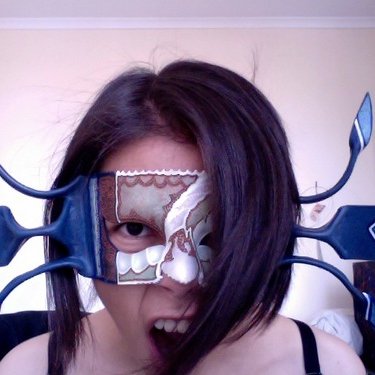 Below is the Australian Broadcasting Company’s interview with The Megaphone’s designated heroine of the unfortunate events in Sydney today in which two victims of a Muslim immigrant terrorist died.

But even before the murders actually happened, the media was moving on to the real story: its fears of a backlash against Muslims, and the one brave woman, Melbourne writer Tessa Kum, who courageously tweeted her opposition to this theoretical but widely hoped for / denounced backlash. Tessa’s tweet is a genuine Big Story with Google News listing her in 88 news articles.

Inspired by other acts of generosity that she’d read about on social media, Tessa Kum invited anyone wearing religious attire who was afraid for their safety to ride alongside her on public transport. In an emotional interview, she spoke with Ellen Fanning about the success of her hashtag, #illridewithyou.

‘It was very much a sort of breaking point for me. I sort of saw another tweet online indicating another womanâs act of kindness and I simply felt that there needed to be more of that in the world.

Sheâd done a very simple thingâshe had seen a distressed Muslim woman on a train take off her hijab and had approached that woman at the train station and simply said, “Put it back on, Iâll walk with you”. That broke my heart a little bit.

It just seemed that a simple way of promoting that kindness would be to say if anybody catching public transport didnât feel comfortable just because of what they were wearing, I would sit next to them, so they werenât alone.

If anything, for any horrible reason should happen, theyâre not alone. I donât think itâs anything that needs to be restricted to Muslims or religious garbâthis could go for anybody who has a visible presence which automatically singles them out for attention.’

When did you realise this was something that was going to touch hearts?

‘It was when my phone wouldnât stop vibrating that I realised it was going well beyond me … People have already been helped by this. Itâs already happened.

Sydney is the biggest city in Australia. It cannot be summed up in anything that can be put in 140 characters. We are complicated and we are contradictory and conflicting and we just have to live with that. That means that we will get sad, angry men who do what he did. And we will also get very tired, frazzled people who will step up and speak out.’

Here’s the Silence Without: Bringing You the Views of Tessadom blog of of a Tessa Kum of Melbourne. (Perhaps she’s not the same Tessa Kum? But could there really be two? Here’s the Twitter account of Tessa Kum.) Here are excerpts from a November post by Tessa Kum. (I’ll add bolding for one word.)

The Long Campaign Against Racism (Bogged)

This is our lives.

None of us can take a break from not being white. You, white person, with all your supposed good intentions, will never let us. Either because you’re actively racist, racist but with too delicate an ego to ever do anything about your racism except cry about the mean PoC, or willing to remain silent and let us carry on without support.

You’ve already won. You won centuries ago when you left Europe and decided to crush the rest of the world. Conquer, colonise, crush. Centuries this has gone on. You have centuries of victory and triumph.

What does this do to a person? How does all this shape the heart that endures it?

From this I have learned about hate. Hate, like anger, is a poison for me, and so I’ve worked on myself hard to ensure I’m not attracted to the philosophies and perspectives of hate. But from this, from watching all of you, I am learning about hate.

My privilege is being born in and living in a western country with a decent income. My privilege is being ambiguous in my physicality; as it’s not easy to identify which ‘other’ I am, most people are hesitant to voice what they know to be racist-ass opinions around me. The discrimination and bigotry I experience is largely unconscious and insidious, and in fact not grounded in hate at all. I’m fortunate. Very fortunate.

I don’t feel hated as a WoC. Hate implies that the hater believes the target of their hate to have some sort of power or control. No.

As a WoC I feel cheap.

Not worth as much to you, white person, as your fellow white people.

If you are into that sort of thing, you can read Tessa Kum’s whole posting of about 9,000 words here.

It seems to have something to do with how much she hates white sci-fi writers like Vox Day, Harlan Ellison, John Scalzi and Tricia Sullivan. And GamerGate …

What’s going on in sci-fi these days? When I was a kid you had gentlemanly authors with maybe a few private kinks and a lot of nerdy but admirable fans. Lately, it seems like sci-fi attracts more and more social media justice warriors who could use a cup of chai tea and some Tai-chi exercises before they suffer an aneurysm. What’s the deal? Here’s more from Kum’s November blog post:

Thereâs John Scalzi over there, making a point of featuring Tricia Sullivanâs work, and making an even larger point of deleting comments that âdrag in online drama from elsewhereâ. You know John Scalzi, right? You guys fucking love him. Heâs generally a beacon for progressive reasonableness, a vocal ally, decent writer and Iâve seen him dance. People like him. Heâs a great guy. Iâve noticed that you, white person, are really championing him for his overt stance against G***rgater. Heâs a rich white cishet man in a western country, he has privilege coming out the wooza, itâs ace to see him going in to bat against the G***rgaters.

… You are not doing anyone a service. Just as we are never able to not be PoC, you are never excused from being white. You will always hold the balance of power, and there is nothing in the current circumstances that absolves you from your privilege. You are kicking down.

The message is that people like me are lesser. The message is that you, the hegemony, just like the idea of being progressive. You love the idea of being good and active and part of the rebellion. You love that idea. But youâre not prepared to think of non-white people as anything other than lesser. Youâre not even prepared to admit the possibility of this unconscious bias.

Tessa Kum is an articulate spokesperson for the Spirit of the Age. She goes on:

This is not online drama. This is our fucking lives. This racism, bullying, racism, discrimination, racism, solidarity for white women, racism is every fucking day. Weâre not making a fuss because someone got our coffee order wrong, weâre speaking up against you the oppressor doing oppressive shit. Again. And again. And again. Because you, the privileged, the oppressing, the shining white right, arenât listening. Youâve no idea how to walk the walk, and the last couple of weeks have revealed that most of you are far shitter at talking the talk than you imagine.

It may strike you that today’s media heroine needs to do some mindfulness exercises or take the dog for a walk or something until she feels a little better, but that’s just you evil white person trying to undermine her mental health by making her even angrier:

Being open about my mental health is my way sabotaging the stigma surrounding mental illnessâ¦.

Watching this conflagration has done terrible things to my state of mind. I am not in a good way, Iâm in a very doubleplus ungood way, I am on the brink of being in danger.

Purely because I know people who disagree with me have already made moves to dismiss my voice, I have not been able to speak openly about this. It would be too easy to use against me. âOh, no wonder Tessa has a wasp up her arse, sheâs a bit cracked up at the moment.â

That sounds reasonable. I even say it to myself. Such is the power to silence someone who is oppressed at multiple indices.

I am not angry because I am struggling with mental illness.

Iâm struggling with my mental illness because I am angry.

Having one does not invalidate the other. It is neither rhetoric nor melodrama to state that you, white person, are fucking with my depression. I hate you for that too.

You can read the whole thing, close to 10K words, on her site.

In my new column in Taki’s Magazine entitled “Clusterfake,” I have more thoughts on Ms. Kum and Progressive Crack-Up of Late 2014.

Recently from Author
← How the News Media Is Dulling Down Rape...Washington Times: How Jackie's Catfish ... →
Hide 155 CommentsLeave a Comment
"The Media Heroine of the Australian Terrorism Counterbacklash Has Some Issues"
• 155 Comments
Commenters to Ignore
Commenters to ignore (one per line)

Save ListCancel
Endorsed Only
Trim Comments?
← How the News Media Is Dulling Down Rape...Washington Times: How Jackie's Catfish ... →