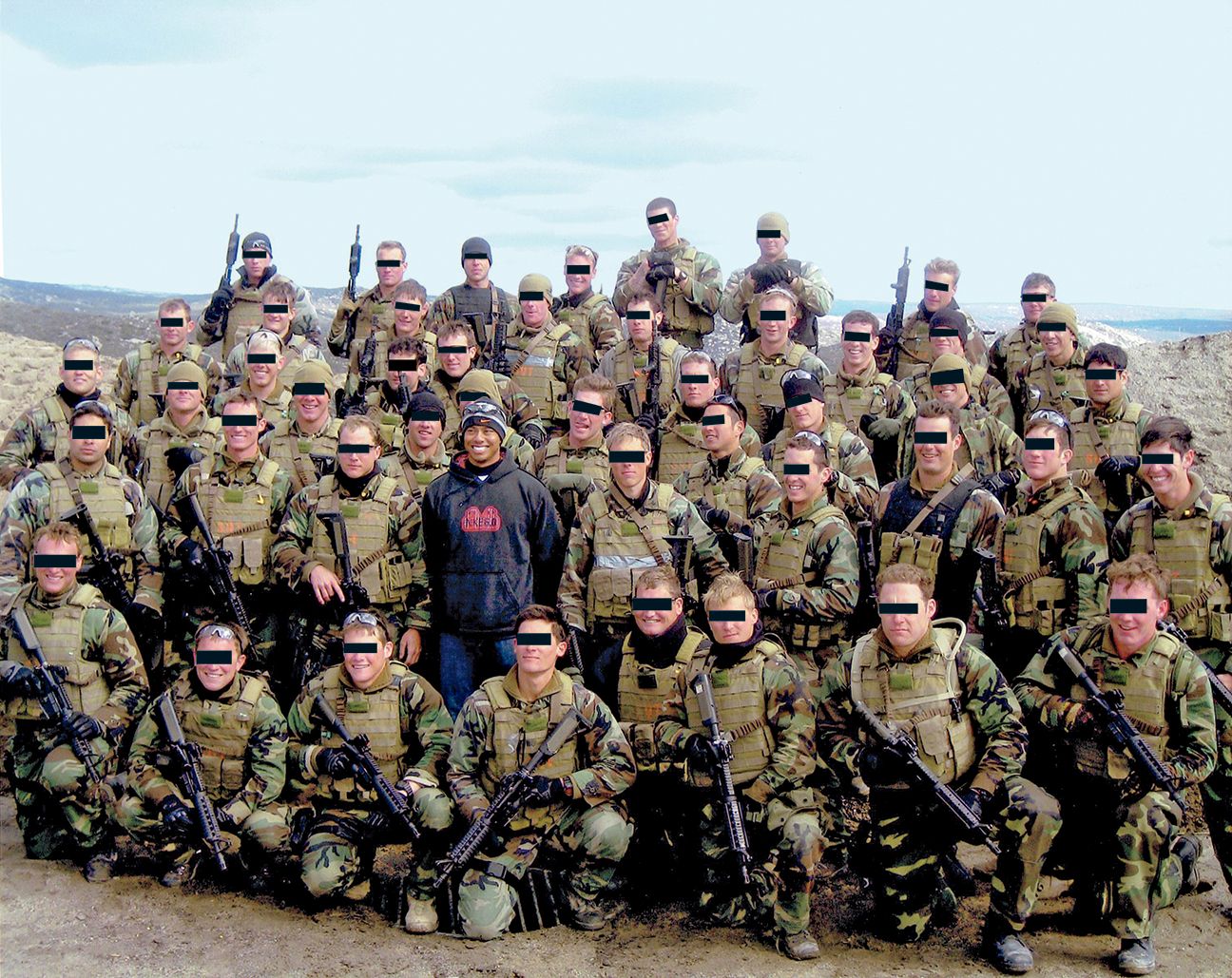 If I were the elected President, I would station the Friends of Tiger Woods in Washington D.C., where they’d be close at hand to defend the Constitution:

This should-be-famous photo of 35 Navy SEALs during Tiger Woods’ spell wanting to join them after the death of his Green Beret father always struck me as who would have ultimate power in the USA bereft of rule of law.

But nobody else seems to see it this way.

Well, we shall see…

Save ListCancel
Endorsed Only
Trim Comments?
← The Mob Desecrates Ex-Slave's StatueSpetsnaz in Milwaukee →