One of the more noticeable aspects of the media’s hyping of 2020’s Racial Reckoning is the need to not mention Asians. For example, you know and I know that high schools for the gifted like Manhattan’s Stuyvesant and the D.C. suburbs’ Thomas Jefferson are dominated by Asians. But that doesn’t fit the Narrative so it is seldom mentioned. Business journalists, however, have a harder time ignoring the Asian in the Living Room. Thus, from the New York Times’ business news section: 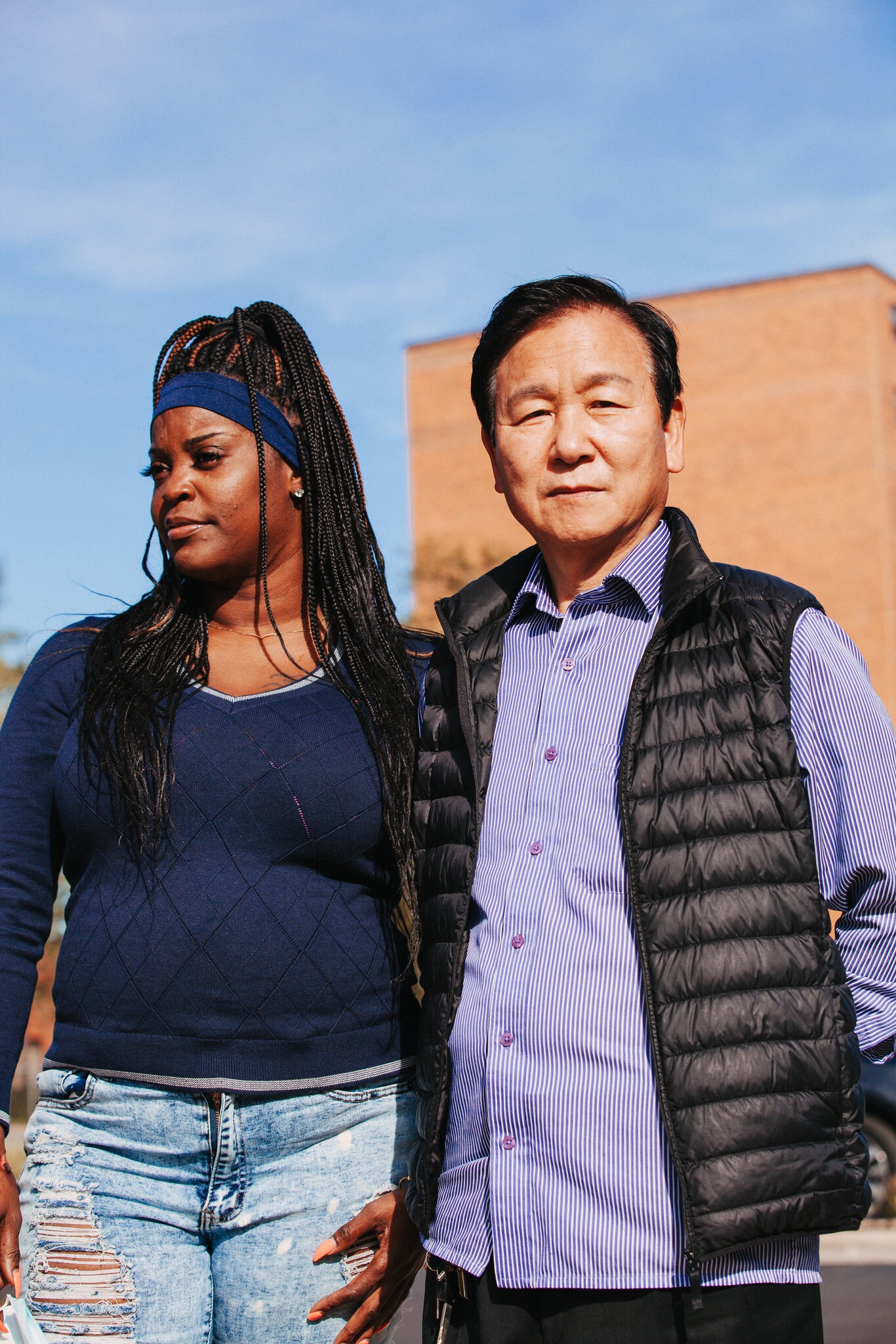 At a Chicago beauty supply shop, one American dream has come true. Another is still waiting for its chance.

The crowd was growing impatient as Crystal Holmes fumbled with the keys to the store.

Dozens of people were swarming the street around Western Beauty Supply, the Chicago shop where Ms. Holmes works. She had persuaded some of them to let her open the store so they could rob it without breaking the windows.

âSheâs taking too long,â someone yelled. âLetâs go in and get it.â

Western Beauty Supply sells products like wigs, hair extensions and combs mostly to Black women. Most of the employees, like Ms. Holmes, are also Black, but the owner is a Korean-American man, Yong Sup Na.

When a few young men appeared outside the store earlier that evening in May, Mr. Na went out to speak with them. He offered some of them cash, and they walked away. At that point, Mr. Na told Ms. Holmes that he felt confident his business was safe. âThey are not going to break into the store,â he told her.

A few minutes later, though, a larger group showed up. A woman snatched Mr. Naâs keys, but Ms. Holmes persuaded her to give them back. Then she ordered Mr. Na, her boss, to leave. âYou donât know what could happen,â she told him.

Even as Ms. Holmes tried to save the store from ruin that evening, when protests and looting followed the police killing of George Floyd, she understood what was causing the turmoil roiling Chicago and dozens of other cities.

âI understand where the rage is coming from,â Ms. Holmes, 40, said in an interview. âWe donât have any businesses in the community and we are getting killed by the police and killing each other, and we are just getting tired.â

In the years she has spent working for Mr. Na, customers have constantly told her that she should open her own store. But she has watched some Black women struggle as owners in the industry, and her priority has been keeping a steady job to support her family.

Outside the store, people in the crowd kept pushing for Ms. Holmes to let them in. But she couldnât get the keys into the lock. Her hands were shaking too much.

âThe same small slice of pie â
Mr. Na, who is 65, grew up in South Korea in a home with an outhouse. He watched television by standing outside a neighborâs window and peering in at the set. Mr. Na was in his late 20s when he arrived in the United States. He knew only one person, a friend from his village who had moved to Chicago.

I saw the same phenomenon in Chicago’s extremely diverse Uptown neighborhood almost three decades ago. Our drycleaners were run by a pleasant Korean family. They mentioned that their in-laws had just opened a hair care products next door. My wife and I promised to go buy something to help their in-laws get off to a good start.

But when we looked in the beautifully set-up new shop, we discovered there wasn’t a single hair care product in the store for naturally straight hair. The owners and employees didn’t speak English, but clearly Korean wholesalers were publishing three ring binders of how to run a black hair care products that anybody off the 747 from Seoul could follow perfectly.

That led me to some of my earlier Doubt about whether immigration was as beneficial for Americans as we had been told. Retailing black hair care products had traditionally been a fairly easy first rung on the ladder to prosperity for African-Americans, going back to the first black millionaire, Madame CJ Walker, inventor of the conk. But now workaholics were coming from 10,000 miles across the Pacific to crush our black fellow citizen retailers. Sure, black customers would get cheaper prices and longer store hours from Korean retailers, but how big would the price of foreclosing black entrepreneurship be?

Save ListCancel
Endorsed Only
Trim Comments?
← Will Democratic Officials be Held Hosta... →