56% of surveyed young people said "humanity was doomed" due to climate change.

People like to imagine the end of the world has to happen real soon now. Many people find too mentally burdensome the alternative possibility: that history will just go on and on, one damn thing after another, and our existences will be forgotten by those who come after us.

It’s especially hard for young people, whose lives seem so compellingly crucial to them, to imagine that humanity won’t end, but instead will just carry on and forget that they ever lived. In contrast, the apocalypse seems like a fitting climax to the unique drama of their lives. 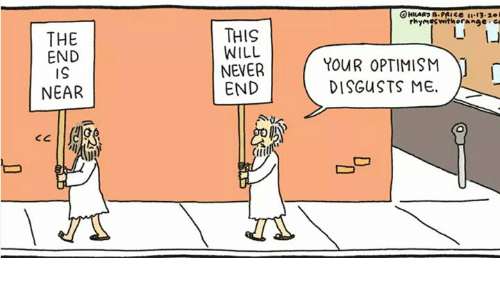