Reasons for Population Growth. The primary forces driving the growth are sizable nuclear families (five or more children on average) and an average retention rate (Amish children who join the church as young adults) of 85 percent or more. A few outsiders have joined the Amish, but the growth is almost entirely from within the Amish community.

Reasons for Creating New Settlements. The Amish establish new settlements for a variety of reasons, including a desire for: (1) fertile farmland at reasonable prices, (2) nonfarm work in specialized occupations, (3) rural isolation that supports their traditional, family-based lifestyle, (4) social and physical environments (climate, governments, services, economy) conducive to their way of life, (5) proximity to family or other similar Amish church groups, and (6) a way to resolve church or leadership conflicts.

Thus, Amish population growth in the past has been extraordinary. From The Daily Caller: 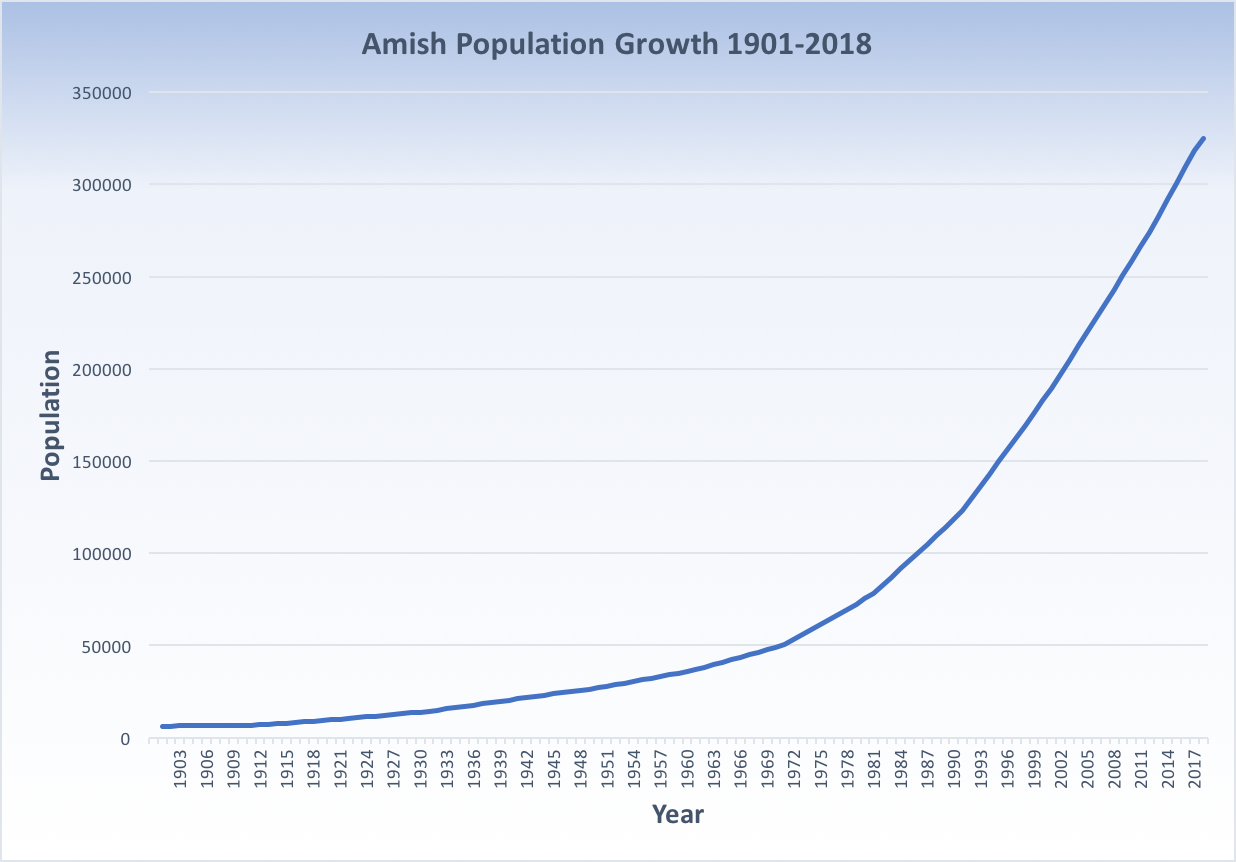 If you do a simplistic projection over the next 100 years assuming that the Amish will continue to double in numbers every 20 years, you get this: The Amish will pass 10 million in the early 22nd century.

If you run the projection out for 300 years, you get: The Amish will pass 10 billion in the early 24th Century.

That’s probably not going to happen.

But who knows about the 10 million Amish projection?

I wrote about the Amish in 2013, including the Cochran-Harpending theory that one reason their retention rate has gone up over the generations is because they have been boiling off Amish-born individuals with genomes that don’t put up well with the Amish lifestyle, that the Amish have been breeding themselves for their favorite trait: “plainness.”

← Have We Entered a Brezhnevite Malaise?Monkeypox Demographics →
Current Commenter
says:
Current Date at Time Now
Leave a Reply - Comments are moderated by iSteve, at whim.
Cancel Reply
Commenting Disabled While in Translation Mode