Very little new television has been made in the last 5 months. One exception is Coastal Elites from the gay playwright Paul Rudnick. (Adams Family Values), a play being given an airing on HBO, in which Bette Midler and other stars deliver monologues making gentle fun of their anti-Trump obsessions.

I don’t get cable TV, so I haven’t seen it, but I’ve often found Rudnick funny, especially the movie reviews he writes under the pseudonym Libby Gelman-Waxner:

I know, I canât believe it either, but Iâm back! For many years, in the pages of Premiere magazine, I ruled as the planetâs most beloved and irresponsible film critic, along with pursuing my high-powered career as an assistant buyer in juniors activewear, and my role as a loving wife to Dr. Josh Waxner, a gifted orthodontist, and as the multitasking mom of two perfect children, my daughter Jeni4 (her spelling, donât ask) and my son Mitchell Sean. …

While I was away, I longed to discuss so many works of cinematic artistry, and to ponder, Why do all of the tribal characters in Avatar look like poured-resin figurines from a hospital gift shop? And in Black Swan, did Natalie Portman starve, cut herself, and experiment with lesbian sex because ballerinas almost never get to go to college? And how can I properly thank Natalie for fulfilling all of my most intimate fantasies by accepting her Academy Award while radiantly pregnant in a designer gown, accompanied by her dreamy French dancer boyfriend, who now appears in cologne ads? My only worry regarding Natalie is that she hasnât followed my example and become Natalie Portman-Millepied. Because as every true feminist knows, hyphenating your name is a way of telling the world âIâm no oneâs chattel but I still landed a guy.â Jeni4 and I have, in fact, spent hours at the Occupy Wall Street demonstrations holding placards that read âThe 1% Should Marry the 99%,â with arrows pointing to Jeni4. 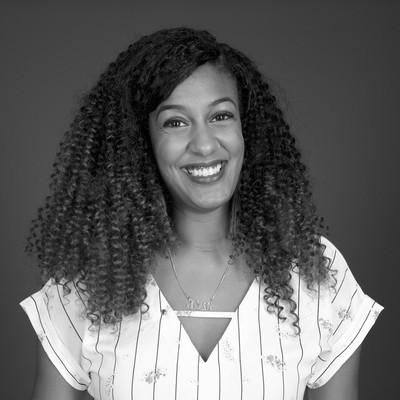 But according to a Horn of Africa lady in The Atlantic, nothing can be funny in this election year.

The Dangerous NaÃ¯vetÃ© of Coastal Elites

HBOâs tepid satire about the provincialism of U.S. liberals doesnât play well in a year as catastrophic as 2020.

HANNAH GIORGIS is a staff writer at The Atlantic, where she covers culture.

… A former New York City public-school teacher, Miriam delivers breathless denouncements of President Donald Trump directly into the camera, pausing only for enthusiastic asides about NPR tote bags and the joys of being Jewish. She yearns for a simpler time when the political climate was more civil: âThose people from Nebraska and Ohio and AlabamaâIâd fly over them, but Iâd wave!â

If Miriam sounds familiar, itâs because sheâs supposed to: She and her four monologuing co-leads are meant to be a collective embodiment of American liberalism gone wrong. Their provincialism is the real ill plaguing the country, Coastal Elites arguesânever mind the ravages of COVID-19, the steady violence of a racist criminal-justice system, or the worsening threat to voting access.

… Less than two months away from a potentially catastrophic election, is it really unreasonable for someone like Miriam to be upset by a president who intentionally downplayed the danger of the coronavirus and who wonât commit to accepting defeat if his opponent is voted in?

Further, exactly where do funny gay Jewish white men rank on the Intersectional totem pole? Not very high, now do they?

Recently from Author
← White Privilege in Action: NFL Teams Pr...George Bernard Shaw Is Getting Canceled →
Hide 96 CommentsLeave a Comment
"That's Not Funny!"
• 96 Comments
Commenters to Ignore
Commenters to ignore (one per line)