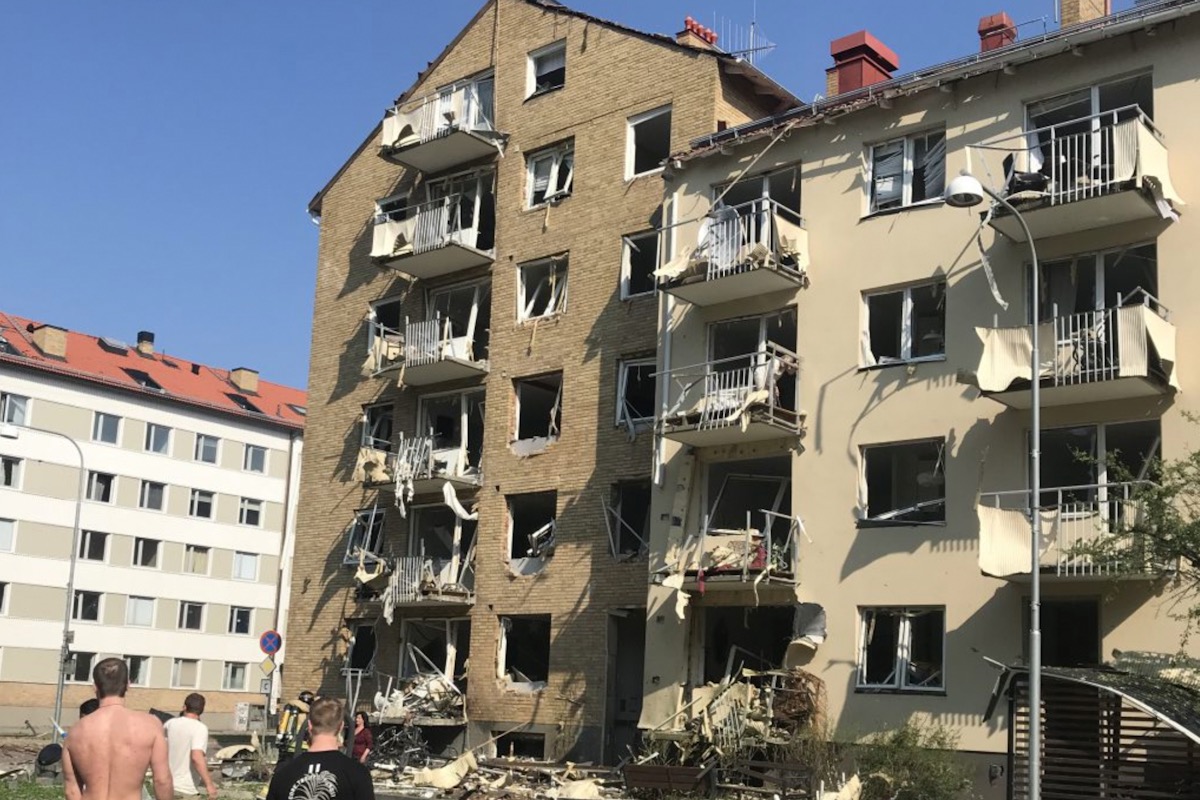 Remarkably, nobody was killed. From Quillette:

The bomb exploded shortly after 9 a.m. Friday in a blast that ripped through two apartment buildings and could be heard for miles. Twenty-five people suffered cuts and bruises and 250 apartments were damaged. A nearby kindergarten was evacuated. Hospitals jumped into disaster mode. Photos from the scene show rows of demolished balconies and shattered windows. It was âabsolutely incredibleâ that no one was severely injured, a police spokesperson said.

It is the kind of news we usually associate with war zones, but this bombing took place in LinkÃ¶ping, a peaceful university town in southern Sweden. Remarkably, it was not the only explosion in the country that day; another, seemingly unrelated, blast was reported in a parking lot in the city of Gothenburg earlier in the morning. Three explosions have been reported in MalmÃ¶ since Tuesday morning. As of this writing, no arrests have been made.

It’s important to keep in mind that that this isn’t happening everywhere everyday. My assumption is that the average Swede has probably never heard one of these explosions.

Still, the fact that immigrant criminal gangs are blasting away at each other and any civilians in the vicinity with hand grenades and the like in Sweden is nuts.

Recently from Author
← The Great Awokening Conspiracy TheoryDon't Send Your Kids to School with the... →
Hide 181 CommentsLeave a Comment
"Sweden 2019"
• 181 Comments
Commenters to Ignore
Commenters to ignore (one per line)

Save ListCancel
Endorsed Only
Trim Comments?
← The Great Awokening Conspiracy TheoryDon't Send Your Kids to School with the... →