Clint Eastwood apparently went a little too far with the humor during Saturday’s taping of the 2015 TV Guys Choice Awards in Culver City, California. 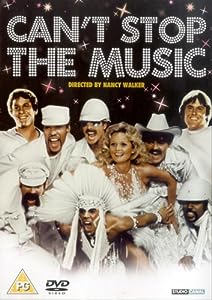 The 85-year-old director/actor was on hand to introduce Dwayne “The Rock” Johnson, and according to reports, during his intro, he said Johnson was among the athletes who have ventured into Hollywood — much like “Jim Brown and Caitlyn somebody…”

Well, not everyone was laughing following Eastwood’s comment about the Olympian-turned-reality TV star.

A Spike rep confirmed to USA Today that the Jenner mention will be scrapped from Spike’s June 18 broadcast. “We will remove the reference in the version that will air,” David Schwarz, Spike TV senior vice president of communications, said.

Generally, people act like they are a little scared of insulting Clint, such as Mitt Romney at the 2012 Republican National Convention. And since then Mr. Eastwood directed 2014’s biggest domestic box office hit movie. But some things are too sacred for anybody to appear amused by, foremost amongst them being the transubstantiation of Bruce Jenner.