Only 7 Black Students Got Into N.Y.âs Most Selective High School, Out of 895 Spots 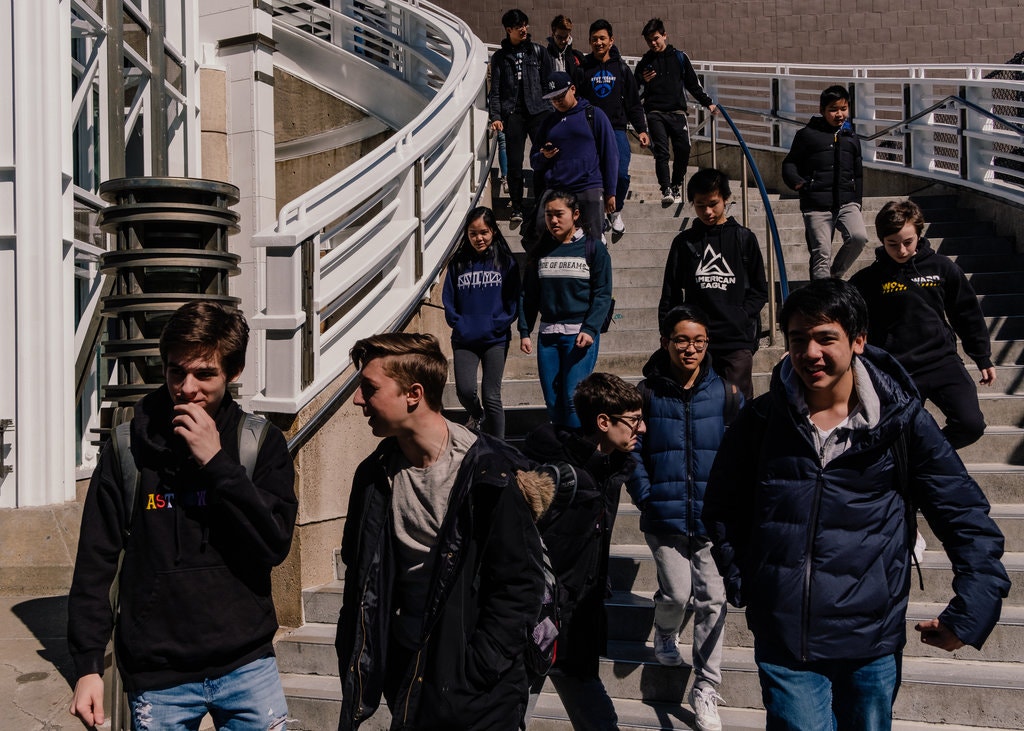 Smirking white boys like these are keeping angelic black baby bodies out of Stuyvesant HS. Don’t you just want to punch them?

Only a tiny number of black students were offered admission to the highly selective public high schools in New York City on Monday, raising the pressure on officials to confront the decades-old challenge of integrating New Yorkâs elite public schools.

Another highly selective specialized school, the Bronx High School of Science, made 12 offers to black students this year, down from 25 last year.

These numbers come despite Mayor Bill de Blasioâs vow to diversify the specialized high schools, which have long been seen as a ticket for low-income and immigrant students to enter the nationâs best colleges and embark on successful careers.

But Mr. de Blasioâs proposal to scrap the entrance exam for the schools and overhaul the admissions process has proved so divisive that the stateâs most prominent politicians, from Gov. Andrew M. Cuomo to Representative Alexandria Ocasio-Cortez, have mostly avoided taking a definitive position â even as black and Hispanic students are grappling with increasingly steep odds of admission into the cityâs eight most selective public schools.

Students gain entry into the specialized schools by acing a single high-stakes exam that tests their mastery of math and English. Some students spend months or even years preparing for the exam. Stuyvesant, the most selective of the schools, has the highest cutoff score for admission, and now has the lowest percentage of black and Hispanic students of any of New York Cityâs roughly 600 public high schools.

Lawmakers considering Mr. de Blasioâs proposal have faced a backlash from the specialized schoolsâ alumni organizations and from Asian-American groups who believe discarding the test would water down the schoolsâ rigorous academics and discriminate against the mostly low-income Asian students who make up the majority of the schoolsâ student bodies. (At Stuyvesant, 74 percent of current students are Asian-American.)

So, like the picture shows, 74% of Stuyvesant is white.

One interesting aspect of this article is how relatively little ink is spilled pointing to racial discrimination as THE salient factor of Black/Hispanic academic performance. I expected the usual racial bias hysteria but it’s actually meager.

It’s as if the interminable data year after year and year has in some sense — ever so slightly — taken the sting and outrage out of the argument. Plus, Asians evidently won’t allow it to be used as a weapon against their interests.

Of course the #1 take-home message is the obvious power of the Asian American community to put their foot down and say NO. The politicians mentioned in the Times article clearly fear the Asian voting block and money and in an astounding shift … refuse to reflexively bend their knee to Blacks and Hispanics interests. Fascinating.

Lastly, Whites are ignored and squeezed in the middle as usual. They are the left-over number inserted after ethnic politics have played out. Evidently, even when Whites are a minority … they aren’t a Minority.

Whites will be the Legacy Majority forever.

Recently from Author
← The Coalition of the Fringes Holds a Mu..."In the Absence of Policies Seeking to ... →
Hide 175 CommentsLeave a Comment
"Smirking White Boys Run Amok at Stuyvesant HS"
• 175 Comments
Commenters to Ignore
Commenters to ignore (one per line)

Save ListCancel
Endorsed Only
Trim Comments?
← The Coalition of the Fringes Holds a Mu..."In the Absence of Policies Seeking to ... →