As I’ve been pointing out for awhile, the weak version of the Sapir-Whorf hypothesis — that our vocabularies influence how hard or easy it is for us to recognize patterns of reality — offers an insight into a lot of recent feminist brouhahas, especially in Silicon Valley. Worldlier cultures than ours recognized that great concentrations of wealth and power, especially in the hands of more unworldly men, attract a certain type of woman formerly known as the adventuress. 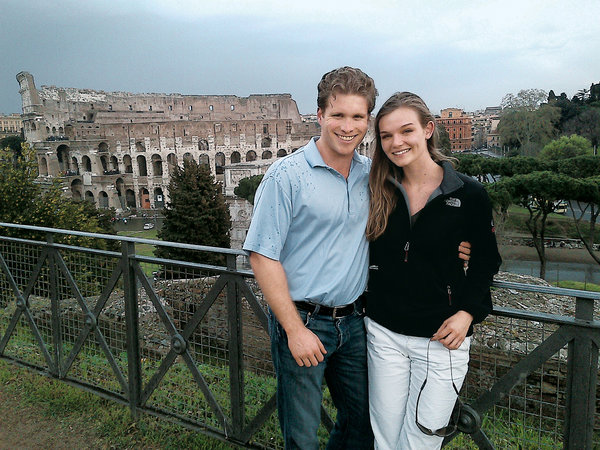 In the New York Times Magazine, Emily Bazelon goes over the shocking charges made by a 21-year-old Stanford student and former professional model that she and a 29-year-old Silicon Valley entrepreneur had had sex in their luxury hotel room in Rome, and then in numerous other upscale locations before they broke up after many months. But looking back, she realizes now it was all rape Rape RAPE, and Stanford, pursuant to the Obama Administration’s 2011 Dear Colleague letter on lowering the standards in sexual assault charges, had better make her rich ex-boyfriend’s life hell for her.

While there’s no objective evidence that the bad guy in this story did anything very bad; at least, unlike Haven Monahan, ringmaster of the fraternity initiation gang rape on broken glass at UVA, he exists. So, the never say the news media aren’t making progress!

Bazelon’s article slowly gets around to insinuating that the story told by ex-model Clougherty and her mother Anne was basically a scam. The key witness is Clougherty’s former friend Jane:

In the months after Jane [the friend] helped Clougherty [the ex-model] break up with Lonsdale [the rich sap], she says that she watched with increasing unease as Cloughertyâs accusations mounted, from emotional abuse to rape. âIn March 2014, she texted me that she considered herself a âsex slaveâ during her relationship with Joe,â Jane wrote in her statement. âThis is far, far beyond anything that she ever said about the relationship when it was happening or for a long time afterward. It also made no sense in light of her clear enthusiasm about the relationship.â

Jane told me by phone that the breaking point in her friendship with Clougherty came when Stanford began the second investigation of Lonsdale. Jane says she thought the investigation was not warranted and told Clougherty that she would not talk to Pope. Clougherty sent her three texts in April 2014: âHey, all the investigators need to know is that you witnessed my escape from Joe and saw him pounding on the steering wheel.â âDid you really decline to speak with them?â âI donât understand, I thought youâd support me.â On the night of the break up, Anne [Cloughtery’s mother] and Jane [the friend] were sitting in the wine bar waiting for Clougherty. They saw Lonsdale drive up with Clougherty. In Anneâs account, she and Jane could see Lonsdale pounding on the steering wheel. Jane jumped up and went outside to knock on the window of the car and make sure Clougherty was O.K.

Jane, though, told me that âthe conversation in the car looked completely normal.â She added: âI didnât go outside. She came in, and I thought, Great! Sheâs fine, and itâs over.â She gave a short, bitter laugh. âThey asked me to lie, and I said no. Ellie yelled at me over the phone.â She gave another short laugh. âShe hung up on me after five years of helping her through all her life issues and crises, all the calls from Anne, âWill you look after Ellie?â All of that, only to be put to the side when I wonât do what they want me to do.â

Clougherty is currently a student at the University of Virginia… After Rolling Stone published its story of a lurid fraternity gang rape in November, Clougherty and Anne [her mother] arranged a meeting with the university president, Teresa Sullivan. On the day before Thanksgiving [November 26, 2014, the day after I began commenting on Richard Bradley’s posting expressing skepticism about Rolling Stone’s shattered glass story], they spent a couple of hours sitting in front of a fire at Sullivanâs home, drinking hot chocolate and talking about the effects of trauma. Clougherty gave Sullivan a beaded bracelet she had made and was thrilled when Sullivan mentioned the gift in a major speech on campus the following week, calling Clougherty the survivor of a âbrutal assault inflicted on her at another university.â

Here’s the relevant paragraph from the speech UVA president Teresa Sullivan gave on December 1, 2014, the day the mainstream media started to pick up on my November 29, 2014 link to Richard Bradley’s blog:

On my wrist today I am wearing a bracelet that was given to me last week by a rape survivor. We talked for nearly two hours about a brutal assault inflicted on her at another university. I have three takeaways from that conversation. First, rape can destroy lives. She is strong and resilient and rebuilding her life, but it has taken her full-time effort, the constant effort of her family, and the support of therapists to put her life back together. Second, rape is not about sex. Her rape was about domination, anger, isolating your victim, and then making her believe that if she ever talks, something even worse will befall her. Third, rape is a national problem â it happened at this young womanâs college, but it also happens in the military, the workplace, and our high schools. Now our university has been placed at the center of this crisis. We will not shrink from it. We will lead. I will make periodic reports to the community on what we are doing, and you can hold me accountable for our efforts.

So not only was the primary subject of President Sullivan’s speech — Haven Monahan’s gang rape on broken glass — bogus, so was her spotlighted example: the Stanford coed being raped month after month by the zillionaire at five star hotels.

As I wrote back in December:

Attractive women tend to have fewer problems than unattractive ones, but when our society, starting with the White House, relentlessly encourages reasonably attractive women to proclaim themselves victims â¦ watch out. People are hardwired to like and believe attractive young women, so itâs pretty easy to be an adventuress, and they can wreak a lot of havoc.

Chris Rock reflects in Top Five: anything you do with a woman that doesn’t end in you marrying her is, from her point of view, just wasting her time.

By the way, Emily Bazelon is, I would imagine, an old friend of Hanna Rosin from Slate, which Rosin’s husband David Plotz long edited. When Rosin’s old friend from The New Republic, Jonathan Chait, attacked political correctness a couple of weeks ago, I suggested that what we’re seeing is a split among the Former Friends of Stephen Glass.

Glass’s old college buddy Sabrina Rubin Erdely took away the lesson from the Stephen Glass scandal that it’s pretty easy to get away with stuff as long as you let a self-purported witness make stuff up for you rather than make it all up by yourself the way Glass did.

The UVA hoax, in contrast, seems to have gotten Glass’s old pals Rosin and Chait (and their friends like Emily Bazelon and Emily Yoffe) worried about the left of center’s re-descent back into mindless credulity.