Inside the Near Meltdown of Roxane Gay and Christina Hoff Sommersâs Australian Mini-Tour:

The conversation series didnât turn out as planned.

… Desh reached out to them both. Sommers was excited by the idea but didnât think Gay would agree; Gayâs management team was receptive but similarly skeptical.

Roxane Gay has a “management team?”

She gets Intersectional Wokemon Points for being black, a woman, and fat, so it’s a living. I don’t know if she’s a lesbian too, but her last name probably gets her half a point for that.

Usually, being fat is not a career boost. I’ve been skinny and I’ve been fat, and skinny is better.

But Gay is so fat that she’s made it part of her identity politics shtick. It helps to be a fat black woman of course. Nobody would pay extra to be lectured by a fat Latino woman. 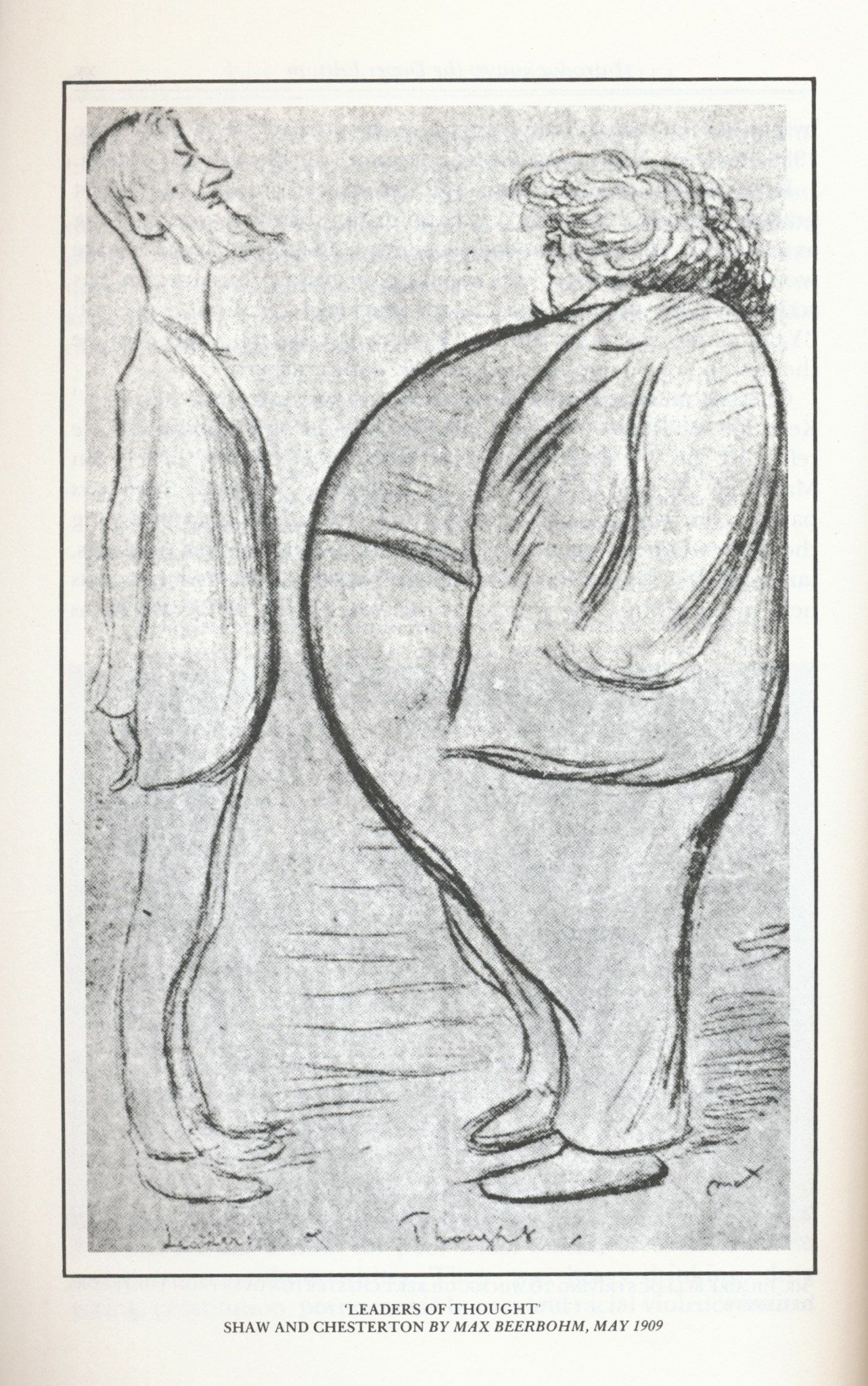 Did people in the past side with writers by body shape? For example, did fat people turn out to root for fat G.K. Chesterton in his debates with skinny George Bernard Shaw? Perhaps, but I dunno …

As so often, TV Tropes has more content on this subject than anywhere else:

Chesterton: To look at you, one would think there was a famine in the land!

Shaw: To look at you, one would think you caused it!

But even that doesn’t quite answer the question whether fat people in 1919 looked to Chesterton as their champion.

One odd thing is that Shaw was much more famous than Chesterton when I was a kid in the 1970s, but now GKC is better known than GBS. Maybe it’s Catholic identity politics?

… In June of last year, Desh says, he sent Gay an email laying out his vision and citing the famous Buckley-Vidal debate, itself the subject of a documentary, as his inspiration. âThis is how conversation used to be,â he explained. Eventually, Gay agreed. …

This event became the subject of controversy a full six months ahead of its scheduled dates, when, in a September 2018 interview with the Sydney Morning Herald, Gay called Sommers a âwhite supremacist,â a claim for which there doesnât appear to be any evidence (Sommers is Jewish and says she is a registered Democrat, for what itâs worth). âPersonally, I was a bit surprised that she used those words because if you look into Christinaâs work, itâs far from that,â says Desh. âI was taken aback by that statement.â Gay had been asked about her decision to share a stage with a âwhite supremacist,â given that she had pulled a New Yorker article in response to that magazine having invited Steve Bannon to a New Yorker Festival (after the outcry, he was disinvited) and had also pulled a book sheâd been contracted to write for Simon & Schuster after the publisher inked Milo Yiannopoulos to a (since canceled) deal. In response, Gay told the Morning Herald that sheâd never heard of Sommers before but that after sheâd mentioned the mini-tour on Twitter, the Southern Poverty Law Center, an anti-hate group, sent her information about Sommers that she found âdisturbing.â (The SPLC has accused Sommers of making arguments that âoverlapâ with those of hard-line âmale supremacistâ groups, but the overlapping in question appears not to be about any radical male-supremacist claims but rather on issues where there is mainstream expert disagreement, such as the prevalence of sexual assault on college campuses and the magnitude and origins of the gender wage gap.)

God bless the Southern Poverty Law Center. What would we do without them?

By the way, has the SPLC been in the news lately? I haven’t seen anything new. But it would seem about time for another shoe or two to drop.

Save ListCancel
Endorsed Only
Trim Comments?
• Replies: @Bigdicknick1
@J.RossNow that's diverse !
, @TelfoedJohn
@J.RossThe relationship between pedophilia and homosexuality is rigorously suppressed in the media. Boys and girls are sexually abused at a 50/50 rate, meaning that male homosexuals are much more likely to be pedophiles (and/or male gay pedos are much more promiscuous). The inventor of âgay marriageâ, Larry Brinklin, was also a child rapist.
← Concept of Citizenism Baffling to MediaThe Border Emergency →