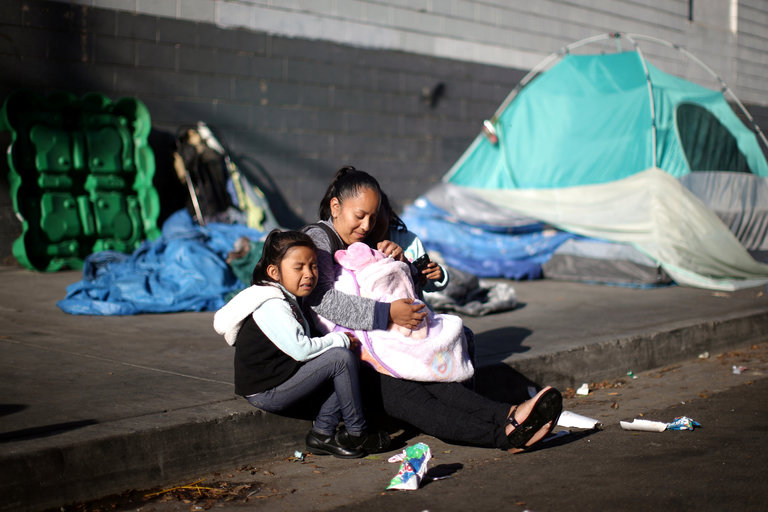 A Bigger Economic Pie, but a Smaller Slice for Half of the U.S.
By PATRICIA COHEN DEC. 6, 2016

Even with all the setbacks from recessions, burst bubbles and vanishing industries, the United States has still pumped out breathtaking riches over the last three and half decades.

The real economy more than doubled in size; the government now uses a substantial share of that bounty to hand over as much as $5 trillion to help working families, older people, disabled and unemployed people pay for a home, visit a doctor and put their children through school.

Yet for half of all Americans, their share of the total economic pie has shrunk significantly, new research has found.

This group â the approximately 117 million adults stuck on the lower half of the income ladder â âhas been completely shut off from economic growth since the 1970s,â the team of economists found. âEven after taxes and transfers, there has been close to zero growth for working-age adults in the bottom 50 percent.â

The new findings, by the economists Thomas Piketty, Emmanuel Saez and Gabriel Zucman, provide the most thoroughgoing analysis to date of how the income kitty â like paychecks, profit-sharing, fringe benefits and food stamps â is divided among the American population. Glancing at the graph and at the NYT’s picture of the homeless Cadena family, you might think the word “immigration” or “migrant” would be mentioned as possibly of relevance to understanding growing inequality. But a text search on the article for “migr” finds nothing.

By the way, here’s a real estate listing photo of the inside of a 25-room house in New York that Carlos Slim is selling for $80 million because it’s a spare. Slim profited exorbitantly for decades off having a monopoly on the Mexican end of phone calls between illegal aliens in America and their loved ones back home, for which he charged very high prices.

In his magnum opus Capital in the 21st Century, Piketty barely mentions Slim and his monopolistic crony capitalism except to say that Slim might be a victim of American ethnic bias against Mexicans.

Now, it could be that Piketty has some secret plan for how massive Third World immigration into Europe will turn out to be bad for the billionaires and good for democratic social cohesion. But the billionaires overwhelmingly think otherwise. And who has a better track record of being right about what benefits their net worths: Piketty or the billionaires?

Recently from Author
← New PISA Test Results2015 PISA Mean Scores in Perspective →
Hide 77 CommentsLeave a Comment
"Piketty: Maybe We Ought to Think About Immigration as a Factor in Growing Inequality"
• 77 Comments
Commenters to Ignore
Commenters to ignore (one per line)