Here’s an interview in the New York Times, part of a continuing series in which philosopher George Yancy interviews other philosophers. In the Times today, Yancy interviews Peter Singer about his famous but controversial theory of animal rights. I’ll summarize Singer’s responses in order to save space for Yancy’s important questions.

George Yancy is a professor of philosophy at Duquesne University. He has written, edited and co-edited numerous books, including âBlack Bodies, White Gazes,â âLook, a White!â and âPursuing Trayvon Martin,â co-edited with Janine Jones.

This is the 12th in a series of interviews with philosophers on race that I am conducting for The Stone. This weekâs conversation is with Peter Singer, a professor of bioethics at Princeton University. He is the author of numerous books, including, most recently, âThe Most Good You Can Do.â â George Yancy

George Yancy: You have popularized the concept of speciesism, which, I believe was first used by the animal activist Richard Ryder. Briefly, define that term and how do you see it as similar to or different from racism?

Peter Singer: Speciesism is an attitude of bias against a being because of the species to which it belongs. Typically, humans show speciesism when …

G.Y.: While I think that it is ethically important to discuss the issue of failing to extend to other (nonhuman) animals the principle of equality, we continue to fail miserably in the ways in which we extend that principle to black people, the disabled, women and others, here in the United States and around the world. What is it that motivates the failure or the refusal to extend this principle to other human beings in ethically robust ways? Iâm especially thinking here in terms of the reality of racism.

G.Y.: Having referenced the slave trade, I think that it is important to keep in mind that it was partly constituted by a white racist ideology that held that Africans were sub-persons. There was also the European notion that nonwhites were incapable of planning their own lives and had to be paternalistically ruled over. As a white Australian, are there parallels in terms of how the indigenous people of Australia have been treated, especially in terms of sub-personhood, and paternalism? 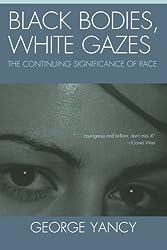 G.Y.: Yet, it seems to me that the issue of alcohol abuse would perhaps not exist had indigenous people in Australia not been subjected to forms of oppression and marginalization in the first place. This is not to deny choice, but to acknowledge that structural forms of oppression, poverty and marginalization should be taken into account. Native Americans and First Nations people in Alaska also have huge problems with alcoholism. Some indigenous people in Australia are even sniffing petrol, which has it own specific devastating consequences. In what ways do you think that the alcoholism and the substance abuse described above are linked to these larger structural issues that disproportionately impact indigenous people?

G.Y.: Above, you mentioned âemotional impulses,â but donât you think that white racism is also based upon institutional structures? Racist practices are expressed systemically through banks, education, the prison industrial complex, health care, etc that just need to keep functioning to continue privileging and empowering some (white people) and oppressing and degrading others (black people). Historically, the concept of institutional racism was systematically deployed during the Black Power Movement in the 1960s and was popularized by Stokely Carmichael (later known as Kwame TourÃ©) and Charles V. Hamilton.

G.Y.: And, in turn, can we say that institutional structures can instill and support certain racist emotional impulses?

G.Y.: There is, however, data that shows that black people suffer disproportionately with respect to bank lending practices, quality of education, quality of health care, arrest rates for nonviolent drug offenses. However, returning to what you said earlier, do you think that racism is innate or cultural? Even if there appears to be a proclivity toward a kind of xenophobic tribalism expressed within the human species, racism seems to be of a different order, yes?

G.Y.: To what extent do you think that biases against nonhuman animals are grounded within a certain unethical stewardship toward nature itself? Do you think that this is a specifically Western approach to nature where nature is conceived as an âobjectâ over which we ought to have absolute control? Certainly, Francis Bacon seems to have had this idea. Of course, then there was RenÃ© Descartes, who argued that nonhuman animals are mere machines.

G.Y.: Today black people are still fighting to be recognized as fully human, to assert that our lives matter. Historically, we have often been compared to nonhuman animals. On various occasions, President Obama has been depicted as a monkey. Obviously, this image is meant to degrade, and can only be understood against the backdrop of black people in the United State fighting against a reduction of our humanity. How can black people, on the one hand, reject the reduction of, say, Obama to a monkey, and yet be against speciesism?

G.Y.: Given that we have not even figured out how to treat those of our own species with dignity and respect, as someone who continues to fight against speciesism, do you have thoughts on how we might effectively dismantle racism?