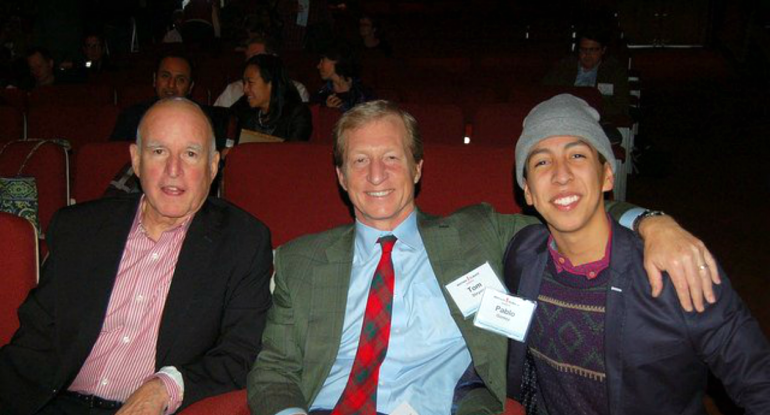 Op-ed: Pablo Gomez Jr. is suspected of homicide, but they deserve to be known by the gender pronoun they prefer

There has been a lot of discussion in the past year over people using gender-neutral pronouns, specifically the use of âthey/themâ instead of âheâ and âshe.â

This may be because the use of they/them is becoming more common and widespread, or because people like to find new, relatively mundane things to make controversial. Reactionaries everywhere have griped that âtheyâ and âthemâ are plural pronouns, and itâs breaking traditional rules of grammar to use them to refer to a singular person.

Language has never been an objective or static truth, but rather is constantly being created and recreated to meet the needs of people. This pedantic interest in words is masking something much more sinister: a basic discomfort with people who are different, and a fear of the undermining of the traditional gender roles that have long structured certain peopleâs sense of the world and of themselves.

So, surprising to no one, there has been considerable right-wing media outrage over Berkeleysideâs decision to use the preferred gender pronouns of Pablo Gomez Jr., 22, the main suspect in the killing of Emilie Inman, 27, on Jan. 6 in a home in the 2400 block of Ashby Avenue and the stabbing of another woman. Berkeleyside, based on police reports, first referred to Gomez as âhe.â But after learning that Gomez prefers âthey/themâ pronouns, Berkeleyside corrected its initial identification and started to refer to Gomez as âthey.â Berkeleyside then continued on with the normal reporting of the homicide, which was totally unrelated to Gomezâs gender identity.

At that moment when that correction was made, the homicidal fugitive was on the run from the law. Perhaps properly identifying the stabby suspect so that law enforcement could apprehend him and civilians could avoid him would seem to be a higher priority than gender sensitivity?

So whatâs really being expressed by this sentiment is that gender queer or gender non-conforming individuals deserve less respect than cis (gender-conforming) people. Not to mention the fact that Gomez being an alleged killer is just a convenience to Ann Coulterâs bigoted agenda, which probably wouldnât allow Mother Teresa the right to gender-neutral pronouns.

The they/them backlash is just the latest manifestation of the general discomfort with the knowledge that gender is not a natural truth; or in other words, that our genital and chromosomal makeups donât necessarily decide our personalities, presentations, behaviors, sexual preferences or social roles.

By the way, here’s they’s victim: Who cares about her, the gender-conformist?

Recently from Author
← How Trump Can Top Obama Ending Cubans' ...Vanity Fair: "Will Mark Zuckerberg be O... →
Hide 187 CommentsLeave a Comment
""Pablo Gomez Jr. Is Suspected of Homicide, But They Deserve to be Known by the Gender Pronoun They Prefer""
• 187 Comments
Commenters to Ignore
Commenters to ignore (one per line)

Save ListCancel
Endorsed Only
Trim Comments?
← How Trump Can Top Obama Ending Cubans' ...Vanity Fair: "Will Mark Zuckerberg be O... →