From the NYT Opinion Section: 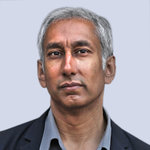 LONDON â … Who is to blame? European politicians point the finger at traffickers. On Monday, European Union officials came up with a 10-point plan, including military action against smuggling networks.

The traffickers are certainly odious figures, recklessly placing migrants in peril. But what pushes migrants into the hands of traffickers are the European Unionâs own policies. The blocâs approach to immigration has been to treat it as a matter not of human need, but of criminality. It has developed a three-pronged strategy of militarizing border controls, criminalizing migration and outsourcing controls.

For more than three decades, the European Union has been constructing what critics call âFortress Europe,â a cordon protected by sea, air and land patrols, and a high-tech surveillance system of satellites and drones. When a journalist from Germanyâs Der Spiegel magazine visited the control room of Frontex, the European border agency, he observed that the language used was that of âdefending Europe against an enemy.â …

So what is to be done? The restoration of a proper search-and-rescue operation is important but insufficient. The European Union should stop treating migrants as criminals, and border control as warfare. It must dismantle Fortress Europe, liberalize immigration policy and open up legal routes for migrants. Some argue this would lead to a flood of immigrants, but current policy is not preventing people from migrating; it is simply killing them, by the boatload.

Fortress Europe has created not just a physical barrier around the Continent but an emotional barricade around Europeâs sense of humanity, too….

Kenan Malik, a contributing opinion writer, is the author, most recently, of âThe Quest for a Moral Compass: A Global History of Ethics.â