I've been talking about The Skier Menace.

Looks like Brookside Golf Course, which wraps around the Rose Bowl. It’s a not bad golf course, but a memorable piece of parkland at the base of mile-high Mt. Wilson.

What makes sense as a use for municipal golf courses right now is as urban parks. No golf (the problem with golf is that golf balls are hard and dangerous), but open them up as parks. Fence off the greens and tees and let people wander everywhere else. That’s how the Old Course at St. Andrews is used every Sunday: it’s a big park on Sunday.

A typical 18 hole golf course is about 160 acres, which provides a lot of room for wandering around without getting too up close and personal with other people.

Update: Well, that sounded like a good idea for the first ten minutes but iSteve commenter XYZ (no Mr.) points out:

The issue with parks, or using golf courses as parks, is sanitation. Meaning that itâs doubtful people can spend hours at a park and not eventually use a restroom, and that restroom could potentially be a source of infection. Many county parks that have stayed open, at least in northern California, have closed their restrooms. Whether that is in an attempt to discourage use, or an attempt to limit cleaning crew exposure, or attempt to limit the exposure of the public, I do not know.

← What Should be Done About the Economy?Can We Knock Off with the Social Hugs? →
Follow @steve_sailer

Recently from Author
← What Should be Done About the Economy?Can We Knock Off with the Social Hugs? →
Hide 76 CommentsLeave a Comment
"Now, the Golfer Menace"
• 76 Comments
Commenters to Ignore
Commenters to ignore (one per line)

← What Should be Done About the Economy?Can We Knock Off with the Social Hugs? →
Current Commenter
says:
Current Date at Time Now
Leave a Reply - Comments are moderated by iSteve, at whim.
Cancel Reply 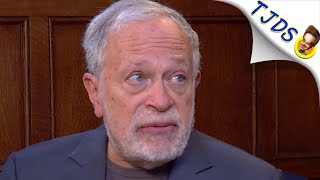