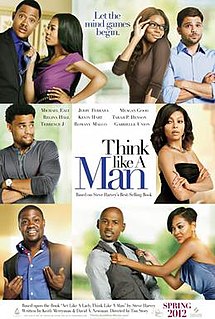 Your brain on white people

Neuroscience shows the media’s overwhelming whiteness really is changing our minds. But we can change them back

Hello, New York, indeed. This isnât the first time TV pushed millions of immigrants and people of color to the margins of one of the most diverse cities in the world. Hello, Woody Allen! Hello, âSeinfeldâ! Hello, âFriendsâ and âSex and the Cityâ! If âGirlsâ canât make it there, it canât make it anywhere. Of course, the rest of TV has been overwhelmingly white, too. Ever since âFather Knows Bestâ and âWagon Train,â the medium has long presented a whitewashed version of the way we live.

That might be why some âGirlsâ writers take exception to their show being singled out for criticism. Hereâs what writer Leslie Arfin tweeted in response to criticisms: âWhat really bothered me most about Precious was that there was no representation of ME.â (âPrecious,â the 2009 film about a mentally and sexually abused teenager, featured a predominantly black cast.)

Why shouldnât Arfin and creator Lena Durham be able to re-create their own private girl-world on screen? What responsibility do show runners have to represent diversity? Does it even matter? How do our brains respond when people of color are invisible or stereotyped on TV?

This is where science can help. I co-edited a book called âAre We Born Racist?,â …

The trick is, quite simply, to acknowledge race and racism, and to talk about it. Many white parents avoid the subject like the plague â in one notorious instance, parents pulled out children en masse from a study when they learned it would entail talking about race. But this strategy doesnât produce colorblind citizens. It creates shows like âGirls,â âSeinfeldâ and âSex in the City.â It perpetuates a society that historically has pretended to be entirely Anglo-Saxon.

Meanwhile, although of apparently minimal interest to the press, for the second weekend in a row, the number one box office movie in America was Think Like a Man. This didactic comedy is based on the self-help bestseller book Act Like a Lady, Think Like a Man by the socially conservative black comic Steve Harvey.

The goal of Harvey’s book is to help black women get married by teaching them what black men want and need:

Steve Harvey, the host of the nationally syndicated Steve Harvey Morning Show, can’t count the number of impressive women he’s met over the years, whether it’s through the “Strawberry Letters” segment of his program or while on tour for his comedy shows. These are women who can run a small business, keep a household with three kids in tiptop shape, and chair a church group all at the same time. Yet when it comes to relationships, they can’t figure out what makes men tick. Why? According to Steve it’s because they’re asking other women for advice when no one but another man can tell them how to find and keep a man.

Think Like a Man was made on a budget of $12 million dollars, and in its first ten days of release has grossed $61 million. Audiences have given it an “A” grade on Cinemascore’s survey. It’s directed by Tim Story, a black guy who directed 2002’s well-remembered Barbershop, another socially conservative black comedy that was a surprise hit. (The part in Barbershop that got the biggest laughs from black audiences was when Cedric the Entertainer explained:

“I wouldn’t be saying this if there were white folks around, but there are three things blacks got to admit: Rodney King deserved to get his ass beat. O.J. did it. And Rosa Parks wasn’t that special, just tired.”)

But, who cares about discussing in the media a movie like Think Like a Man that black people made for themselves and genuinely like when we can instead worry about the lack of blacks among the four main characters on a show that very few black people would watch? 
(Republished from iSteve by permission of author or representative)
← Was I Wrong About the Rodney King Riots?Latest Girl Racist: Zooey Deschanel →
Tweet
Reddit
Share
Share
Email
Print
More
Follow @steve_sailer

Save ListCancel
Endorsed Only
Trim Comments?
← Was I Wrong About the Rodney King Riots?Latest Girl Racist: Zooey Deschanel →