What Richard Nixon and Daniel Patrick Moynihan, a Harvard professor of government and education, who had been his chief domestic policy adviser in 1969-70, are discussing in this October 1971 Watergate Tape is the revolution in the social sciences of the previous 5 years, beginning with the federally funded Coleman Report in 1966. 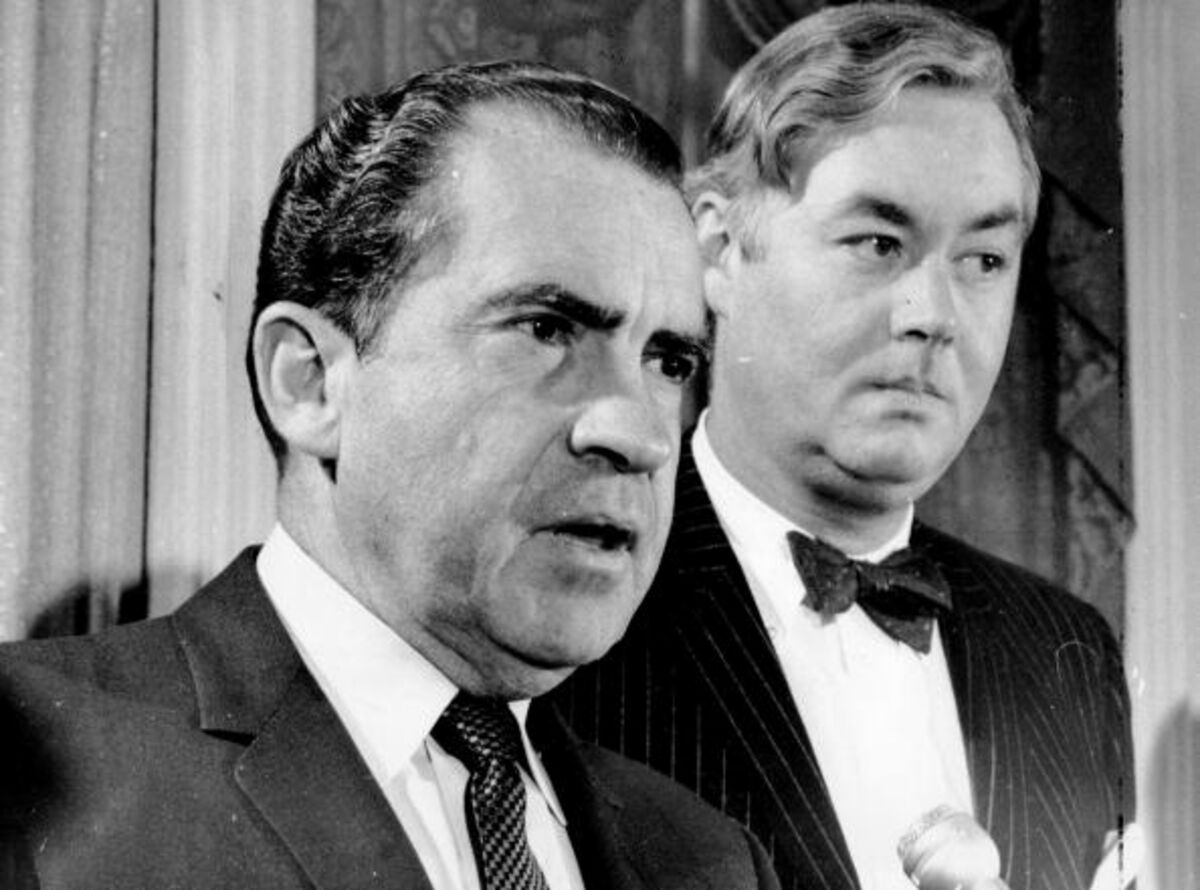 Paid for by the 1964 Civil Rights Act, it was intended to provide the social science foundation for LBJ’s Great Society in education. Except sociologist James Coleman’s massive data mostly showed that what kids bring to school matters more than school budgets. Another milestone was Arthur Jensen’s 1969 Harvard Education Review meta-analysis of racial differences in IQ.

And now Nixon had sent Moynihan, formerly his chief domestic adviser, Herrnstein’s article on how meritocratic cognitive testing would lead to growing class stratification in American life (a prediction that certainly appears to have come true over the last 47 years).

Nixon starts out talking to Moynihan about Richard Herrnstein’s September 1971 article in The Atlantic: “I.Q.” (I can recall reading it at the corner library around 1973.) Pat Buchanan had forwarded Herrnstein’s Atlantic article to Nixon.

Unfortunately, the bulk of this important article is not online. Here’s a Harvard Crimson interview with Herrnstein about it. Here’s Noam Chomsky’s views on it. Here’s psychometrician Chris Chabris’s views on it as of 1998.

Of course, Herrnstein went on to co-author The Bell Curve with Charles Murray 23 years later.

Moynihan went on to serve four terms as a Democratic Senator from New York and upon his retirement was succeeded by Hillary Clinton.

Another interesting aspect is that Moynihan, whose chief interests were domestic policy and social science, was considered a neoconservative at the the time, while Nixon’s chief foreign policy adviser, fellow Harvard prof Henry Kissinger, was not thought of as a neocon.

Today, of course, neoconservatism is mostly thought of as an Israel-obsessed foreign policy movement. But back in its origins, it had a lot of interest in social sciences and a lot of Catholics like Moynihan and James Q. Wilson.

The President talked with Daniel P. Moynihan.
[See Conversation No. 285-16A]

← You Know Who Looks Surprisingly Like th...The Root: "Whatâs Really Wrong with W... →