From the NBC News opinion section:

The significance of appearance isnât just about styling choices. Itâs about identity, life experience and perspective.

March 21, 2022, 6:16 AM PDT
By Robyn Autry, chair of the Sociology Department at Wesleyan University

When President Joe Biden announced his nomination of Judge Ketanji Brown Jackson to be Americaâs next Supreme Court justice â delivering on a campaign promise to nominate a Black woman to the nationâs highest court â he explained that the government and our courts âhavenât looked like America.â As Jackson begins her confirmation hearings Monday, she is already changing the appearance of justice in the country.

… As Jacksonâs image circulates, some observers, most notably other Black women, have called attention to something that might at first seem superficial: her hairstyling. She looks especially familiar to those of us, women and men alike, who belong to what some call the ânatural hair community.â And Jacksonâs hair doesnât stand out because of its texture alone; the locked style makes a particularly strong statement.

While hair seems trivial and we may be reluctant to add to the scrutiny women endure over their appearances, the reality is that women and men have both been expected to follow norms about dress and grooming and to make strategic choices about outfits, accessories and hair color.

… And no one can forget the late Justice Ruth Bader Ginsbergâs iconic collection of collars and scrunchies.

I think the phrase “no one can forget” in this sentence is hyperbole.

… The significance of appearance isnât just about styling choices. Itâs about identity, life experience and perspective. We might see this as a subtle reflection of wider criminal justice reform tackling who serves as law enforcers and even who gets selected as jurors. Whatâs considered uniform shifts as we broaden our understanding of who belongs in these institutional spaces and what they bring with them when they enter. Inclusion and shared purpose donât require the denial of social difference.

Thatâs an important message that a hairstyle can help deliver, particularly since Black peopleâs hair has a long history of public interest and has been both a subject of oppression and a symbol of liberation. …

All of this helps explain why Jacksonâs hairdo matters â particularly her Sisterlocks, a trademark look created by JoAnne Cornwell. The style is appealing because itâs versatile but also has a consistent shape, with such thin locks that the overall appearance can mimic unlocked hair strands.

In other words, Judge Ketanji Brown Jackson has gravitated to a smart choice. I hadn’t noticed she wore dreadlocks.

In general, she seems like a lady, wife, and mother with a nice smile, which I suspect old Joe Biden noticed when picking her out from the limited number of black women not wholly unqualified for his nomination.

They are increasingly popular with Black professional women, in part because they can appear more polished and professional than other styles of locs. 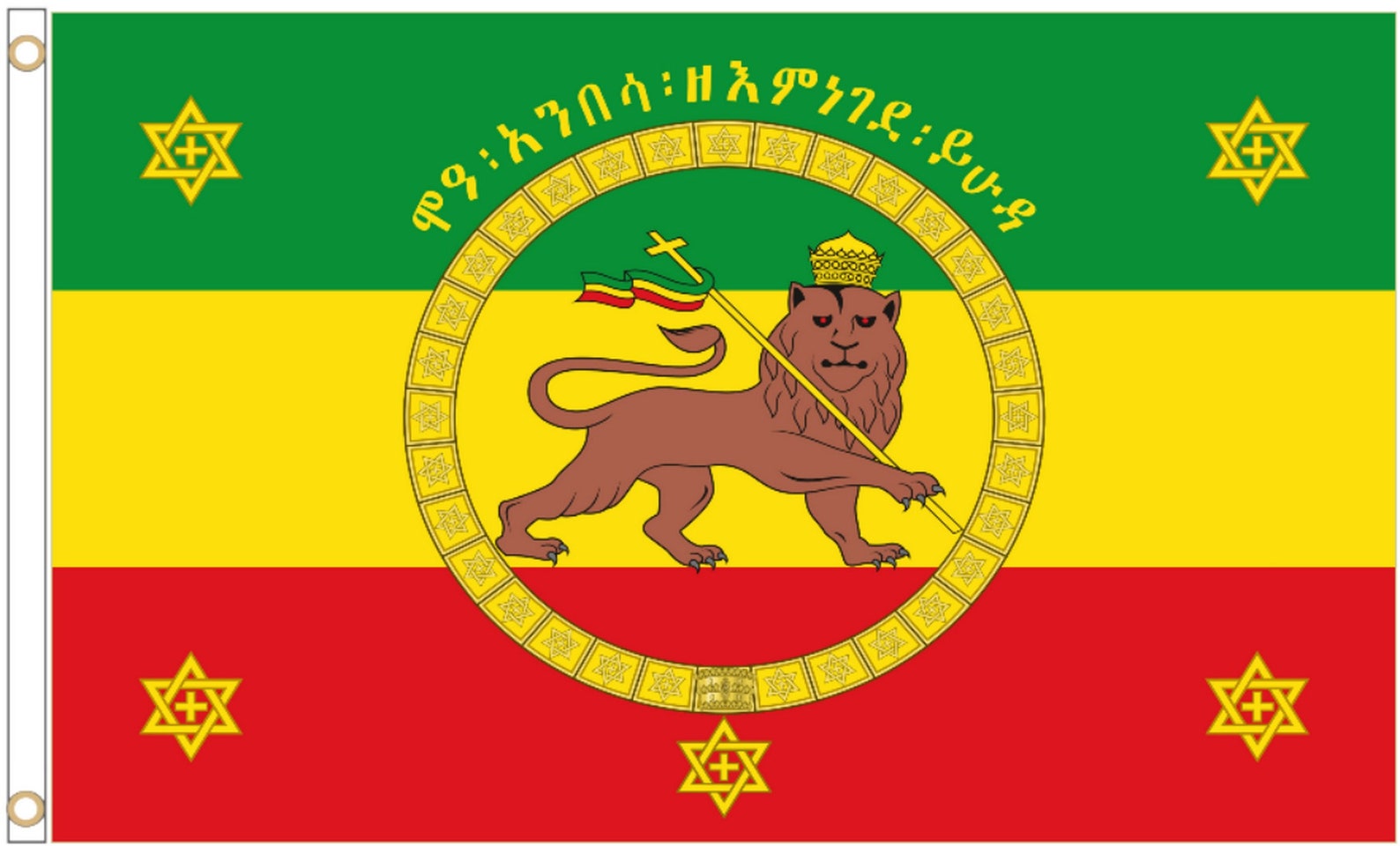 My 2019 column “Hair Hysteria” was about a hate hoax in which the national media wanted us to believe that the reason a 12-year-old black girl came home with some of her dreadlocks cut off was because her story that she’d been pinned down by white boys armed with scissors was because that kind of thing happens so much more often than 12-year-old girls getting dissatisfied with their hairdos and doing some inept barbering on themselves.

But you can also sympathize with the girl who didn’t like the dreadlock style her grandparents, who ran a dreadlock-oriented beauty supply business, had imposed on her hair. Rastamen like Bob Marley gravitated toward dreadlocks because a big mane made them look like the Lion of Judah on Ethiopian emperor Haile Selassie’s standard.

But they are also one of the most costly natural hair styles out there. They are time-consuming and expensive to start, with certified consultants charging anywhere from \$500 to well over \$1,000 to start the process, which involves using a special tool to interlock tiny sections of hair at the root. In addition, the style calls for another \$100 every four to six weeks for maintenance.

While dreadlocks might be on trend, that doesnât mean theyâre not still stigmatized. In one high-profile incident in 2015, Giuliana Rancic, who was then hosting the show âFashion Police,â sparked controversy when she complained that teenage actor Zendayaâs faux locs looked as if they smelled like âpatchouli and weed.â

Washing dreadlocks is a problem.

The two fundamental troubles with black hair for black women living in a multiracial society with lots of non-black women is both its well-known kinkiness and its less well known tendency to fall out at a much shorter length than other women’s hair. Since long hair tends to be seen as a secondary sexual characteristic for women, this puts black women at a disadvantage in competing for men, black and nonblack, with nonblack women, which is the main reason you hear so much about it on the op-ed page these days, although that is never spelled out.

Dreadlocks are like rope: for a 100 foot rope, you don’t need sisal strands 100 feet long, you just need a good system of twisting them together.

But you generally don’t ever wash a rope.

… Jonesâ experience brings to mind troubling accounts of employersâ, teachersâ and other school administratorsâ punishing Black people for their hair. A few years ago, a viral video showed a white official cutting a Black teenagerâs hair as a requirement to compete in a wrestling match, even though he had already pulled back his hair. Incidents like these are the engine driving the CROWN Act, a law that passed the House on Friday to protect against race-based hair discrimination.

Just as important as any law, though, is the force of example. Jackson is a child of the â70s, and her natural hair reflects the sentiments of the Black is Beautiful movement and the more recent Natural Hair Movement that combine personal style with politics. Many of us see the beauty of Black natural hair. We also see its supreme power.

The Supreme Court isn’t actually supposed to be about “supreme power,” but black college professors have a hard time resisting racial megalomania.

I wrote about Judge Brown Jackson and black women’s LSAT scores in Taki’s Magazine a couple of weeks ago in “You Be the Judge.”

Save ListCancel
Endorsed Only
Trim Comments?
• Replies: @Jack D
@ScarletNumberOh, that was another little Democrat "wrap yourself in the flag" trick (remember when Kerry said "reporting for duty") - they kept talking about how bro was a veteran AND a cop, in order to change the subject from how sis devoted her career to getting terrorists out of Gitmo so they could go back to Afghanistan and kill more Americans and getting light sentences for criminals. You would think that Ketajh was the one who was being nominated.BTW, Ketajh is cop no more, soldier no more. He is a Commercial Litigation Associate at K&L Gates (a Big Law lawyer).You forgot her sister, Ketamine. She's a real knockout.
, @Ripple Earthdevil
@ScarletNumberIt's pretty common, especially in the South but elsewhere too, for men to be known by an unusual middle name which is indeed often the mother's maiden name, with an ordinary first name such as John, James, and often, William. E.g., James Strom Thurmond, John Townes Van Zandt, can't think of a William right now.Replies: @ScarletNumber
• Replies: @J.Ross
@Reg CÃ¦sarThis bizarre message is actually a reference to the 4chan joke that Cruz's father was the Zodiac killer (because a photograph of Cruz's father closely resembled a police sketch of the killer).Replies: @Alden, @Reg CÃ¦sar
← Never Say "Never," But "Never Start a L...Biden Administration Attempts to Inflat... →