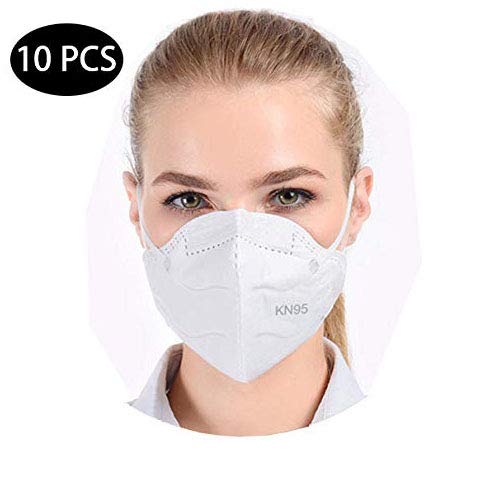 I don’t know anything about medical care, masks, viruses, or buying from China, but, that said … From Buzzfeed:

Coronavirus Cases Have Surged, But The US Is Refusing To Take The Worldâs Most Available Masks

The KN95 mask is a Chinese alternative to the scarce N95 mask, but the FDA refuses to allow it into the country.

As hospitals around the country desperately seek N95 respirator masks to protect health care workers treating COVID-19 patients, the federal government has blocked imports of what might be the worldâs most abundant alternative.

That mask is designed to filter out at least 95% of particles that are 0.3 microns or larger in size â the same measure used for the scarce N95 mask. Like the N95, it fits closely around the nose and mouth, creating a seal that decreases the risk of infection. And the Centers for Disease Control has said itâs as effective as N95, which is certified under US testing standards. But this second type of mask, called the KN95, complies with slightly different norms and is made in factories that have not been certified by the US government.

By law, masks, along with most medical devices, canât be imported or sold in the United States without the Food and Drug Administrationâs say-so. Last week, to ease the national shortfall of protective gear, the FDA issued an emergency authorization for non-N95 respirators that had been certified by five foreign countries as well as the European Union. It conspicuously left the KN95 masks out of the emergency authorization.

The omission was all the more startling because in late February the Centers for Disease Control and Prevention said that KN95 masks were one of numerous âsuitable alternativesâ to N95 masks âwhen supplies are short.â

The FDA did not respond to multiple requests for comment.

A significant majority of all respirator masks, including both the N95 and KN95, are manufactured in China. During the height of that countryâs outbreak, China restricted exports of virtually all respirator masks, keeping them for domestic use. As that countryâs infection numbers have slowed it has eased those restrictions, but now the US must compete with dozens of other countries desperate to acquire masks. …

Yet without the FDAâs seal of approval, importers are hesitant to order KN95 masks because they worry theyâll get held up at customs. Many hospitals are refusing to accept them, even as free donations, because they fear legal liability should a health care worker get ill while using a nonpermitted device.

Under ordinary circumstances, N95 masks â which are certified by the National Institute for Occupational Safety and Health â are abundant, available at hardware stores and pharmacies for around $1 apiece and for as little as 35 cents apiece wholesale. But in just two months, the coronavirus pandemic has depleted the worldâs supply, creating a gray market that has driven prices for a single mask as high as $12 or more….

According to 3M, the worldâs largest mask manufacturer, the KN95 is âequivalentâ and âcan be expected to function very similarâ to the N95 mask. That opinion was echoed on Feb. 29 by the CDC, which said the KN95 is one of seven foreign-certified respirators âexpected to provide protection to workers.â …

A spokesperson for Customs and Border Patrol, which oversees all imports, said that the agency had recently intercepted various COVID-19-related products coming into the country because they were either counterfeit or not permitted, but could not elaborate on whether any were KN95 masks. …

Vernessa Pollard, an attorney at McDermott Will & Emery whose practice focuses on FDA law and who formerly worked at the agency, dismisses such concerns. She said she was aware of several health care providers that had been inquiring about authorization from the FDA to import KN95 masks, and understood that the agency was reviewing scientific data to determine that the respirators were truly equivalent.

… In the meantime, however, prices for the US-approved N95 masks continue to surge. One survey of offers from China on Friday showed KN95 masks averaged significantly less than half the price â roughly $1.44 compared to $3.60 apiece.

Although some hospitals flat-out reject KN95 masks at any price on advice of their lawyers, people rounding up masks to give to hospitals have found that individual doctors or nurses will often accept the donations, given the dire need. On March 17, the CDC issued guidance saying that health care personnel could use bandanas, scarves, or other âhomemade masksâ as âa last resort.â

Despite the import restrictions, some KN95 masks are trickling through. The FDA has set up several special email addresses for inquiries about shortages, and several importers said that prior to the EUA issued last week, they had received guidance from agency officials that small shipments of KN95 would likely not be stopped at the border.

You can search for “KN95” at Amazon.com and find dozens of obscure retailers offering 10-packs of masks from roughly $18 to $30, with delivery times ranging from one week to two months. Who knows what the quality is of the factories making them. As somebody once pointed out, “Japanese marketing” is conducting endless in-depth focus groups with American soccer moms to decide where the 11th cupholder in the SUV should go, while “Chinese marketing” is shouting, “Real cheap! You buy now!”

But they exist and they aren’t impossible to get your hands on.

It also goes without saying that Asians arenât the best at creative problem-solving.

You can't have your cake and eat it too. The same academic testing/ IQ criteria that gets rid of underqualified blacks and Latinxes get you more Asians instead.

Here is the no-affirmative action US Math Olympiad team:


The short answer is that we are running out of white people, especially white people who are willing to do the many years of hard work necessary to excel in stem fields.
← Are Homemade Masks Working in Prague?What Is Canada Doing Right? →