In contrast to Angela Sainiâs acclaimed but dismal 2019 work of science denialism, Superior: The Return of Race Science, Adam Rutherfordâs 2020 book How to Argue With a Racist: History, Science, Race and Reality benefits from Rutherfordâs lively prose style. The British science writer likes to illustrate his arguments with interesting examples, a stratagem that wouldnât seem too much to ask of an author, but which is increasingly difficult to find these days as conventional wisdom (which Rutherford labors hard to embody) becomes ever more anti-empirical. …

In fact, I find Rutherfordâs writing rather like mine in form. Of course, the difference is that I point out facts in order to increase knowledge, while Rutherford is trying to decrease knowledge by denying realities.

Recently from Author
← A Scholarly Landmark in Becky / Karen S...Bloomberg Debuts in Democratic Debate →
Hide 88 CommentsLeave a Comment
"My Review of Adam Rutherford's "How to Argue with a Racist""
• 88 Comments
Commenters to Ignore
Commenters to ignore (one per line) 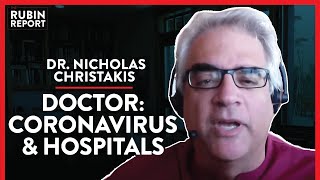