← Conjoint Analysis for the IntersectionalGuardian: the Dangerous Rise of Men Who... →
TeasersiSteve Blog
TeasersiSteve Blog
My Book Review of Christopher Caldwell's the Age of Entitlement: America Since the Sixties
Steve Sailer • January 22, 2020
• 300 Words • 362 Comments • Reply

A couple of heavyweight conservative thinkers, Charles Murray and Christopher Caldwell, have important new books out this month: Murrayâs upcoming Human Diversity: The Biology of Gender, Race, and Class and Caldwellâs The Age of Entitlement: America Since the Sixties.

Caldwell, a distinguished prose stylist, is immensely quotableâ¦except for his new bookâs name. I presume The Age of Entitlement is intended as a Voltairean pun on âthe Age of Enlightenmentâ in the manner of his 2009 title Reflections on the Revolution in Europe: Immigration, Islam, and the West and its Burkean riff on Reflections on the Revolution in France. Unfortunately, the moniker The Age of Entitlement gives the vague impression that itâs going to be another snooze from the deep root-canal school of economics about the Social Security trust fund or whatever.

Instead, The Age of Entitlement is an explosive rethinking of history since JFKâs assassination that comes to the reactionary conclusion that the only salvation for American conservatism is to repeal the sainted 1964 Civil Rights Act and restore the constitutional right to freedom of association.

This is a striking judgment for Caldwell, a sober and cultured (the only conversation I can recall having with him was in 1992, and it mostly regarded how to properly pronounce âNabokovâ) analyst, to arrive at; his career has been largely spent writing for the respectable right, such as the Financial Times, the late Weekly Standard, and The Wall Street Journal.

In contrast, Iâve never felt any regard for the long-gone Jim Crow era, which Iâve always found almost Hindu-like in its grotesque caste rules.

← Conjoint Analysis for the IntersectionalGuardian: the Dangerous Rise of Men Who... →
Follow @steve_sailer

Recently from Author
← Conjoint Analysis for the IntersectionalGuardian: the Dangerous Rise of Men Who... →
Hide 362 CommentsLeave a Comment
"My Book Review of Christopher Caldwell's the Age of Entitlement: America Since the Sixties"
• 362 Comments
Commenters to Ignore
Commenters to ignore (one per line) 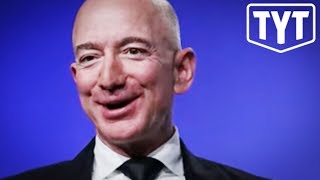