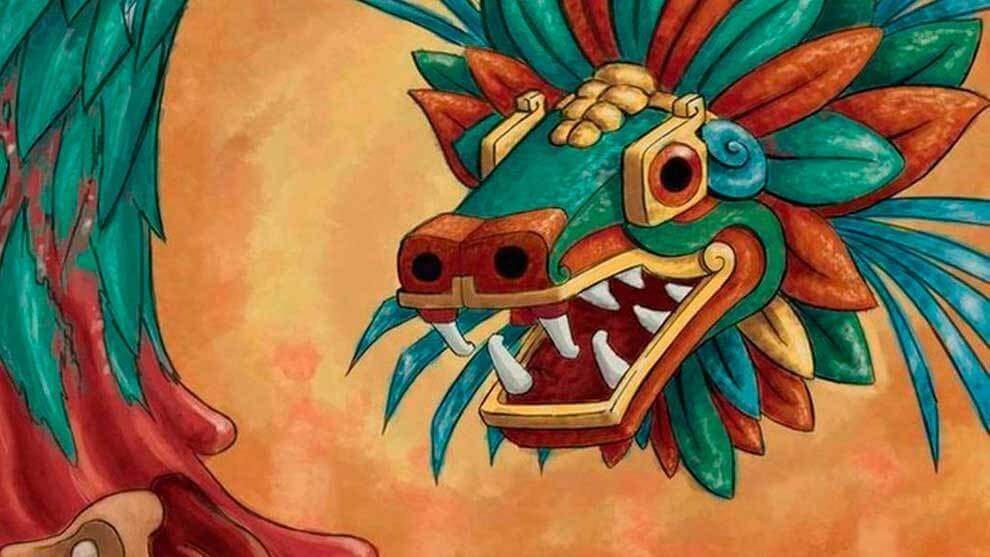 From the Yucatan Times:

In 1930, Mexico wanted Mesoamerican god Quetzalcoatl to represent Christmas instead of Santa Claus

On December 23, 1930, the stage to deliver toys to poor children, by the government of Mexico, was a pyramid in honor of Quetzalcoatl inside the National Stadium.

That year President Pascual OrtÃ­z Rubio decreed the adoption of the figure of the god of Mesoamerica, QuetzalcÃ³atl, as the representative of the December holidays with the intention of putting aside the figure of Santa Claus, newly arrived in Mexico in the 20s and not yet so rooted in Mexican culture.

The Feathered Serpent was a prominent supernatural entity or deity, found in many Mesoamerican religions. It was called Quetzalcoatl among the Aztecs …

… The decree on November 27, 1930, ordered that instead of Santos Reyes or Santa Claus, Quetzalcoatl, the pre-Hispanic deity, would be the replacement of Santa Claus, so that it was intended to promote, through education, a nationalist formation in which Pascual Ortiz Rubio supported at the time.

The aim was âto evolve evolutionarily in the heart of the child, the love for the symbols, the divinities and traditions of our culture and our raceâ, according to the published decree.

The peak of the post-Revolutionary Mexican government’s war on Christianity is remembered mostly through Graham Greene’s 1936 novel The Power and the Glory.

That there is a War on Christmas today is often denied, since Christmas remains immensely popular, especially with children. The truth is:

Save ListCancel
Endorsed Only
Trim Comments?
• Thanks: Buzz Mohawk
← Don't Mention the Black Murder Rate!What if Wokeness Is a Russian Conspirac... →