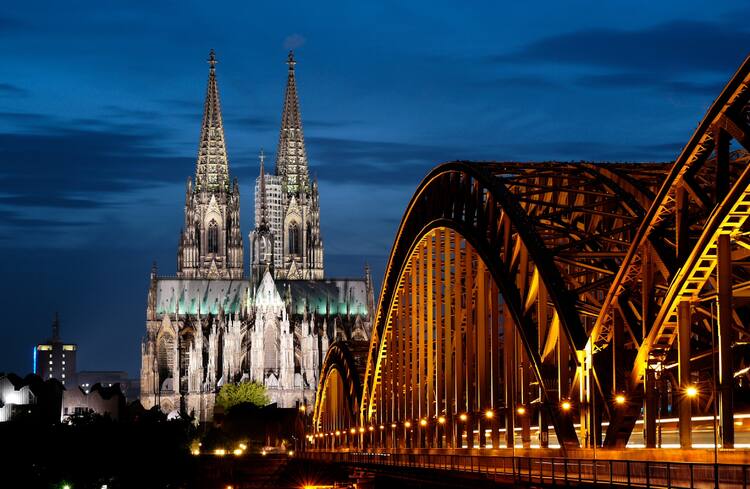 The mayor of Cologne has summoned police for crisis talks after about 80 women reported sexual assaults and muggings by men on New Year’s Eve.

The scale of the attacks on women at the city’s central train station has shocked Germany. About 1,000 drunk and aggressive young men were involved.

City police chief Wolfgang Albers called it “a completely new dimension of crime”. The men were of Arab or North African appearance, he said.

… At least one woman was raped, and many were groped. Most of the crimes reported to police were robberies. A volunteer policewoman was among those sexually molested.

What is particularly disturbing is that the attacks appear to have been organised. Around 1,000 young men arrived in large groups, seemingly with the specific intention of carrying out attacks on women.

A policeman who was outside Cologne station during the New Year’s Eve trouble told the city’s Express news website that he had detained eight suspects. “They were all asylum seekers, carrying copies of their residence certificates,” he said.

However, there was no official confirmation that asylum seekers had been involved in the violence. Commentators in Germany were quick to urge people not to jump to conclusions.

Feminist Susan Brownmiller’s 1975 suggestion that sexual assault can be viewed as a political crime makes a fair amount of sense.

Recently from Author
← NYT: Hungary's Orban Was Right About Bi...Who Are the Ferengi in Cologne? →
Hide 287 CommentsLeave a Comment
"Merkel's Germany"
• 287 Comments
Commenters to Ignore
Commenters to ignore (one per line)

Save ListCancel
Endorsed Only
Trim Comments?
← NYT: Hungary's Orban Was Right About Bi...Who Are the Ferengi in Cologne? →